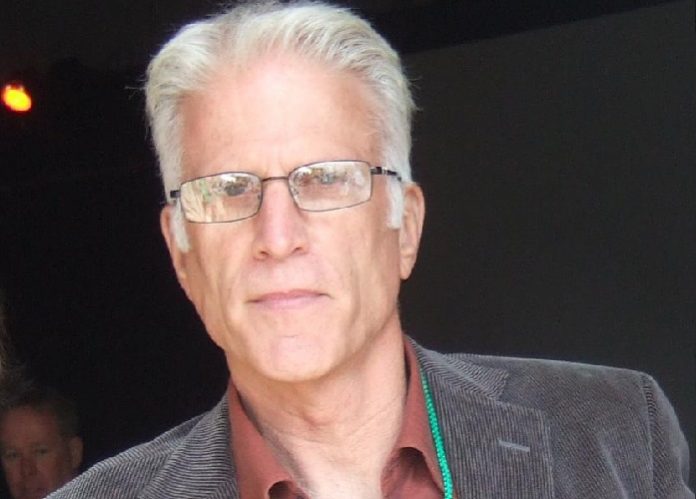 Ted Danson is an award-winner actor, and producer, who is best known for his long-running role as the womanizing bartender Sam Malone in the hugely popular TV show ‘Cheers’. Cheers was a phenomenal success during the 1980’s, and it launched the career of not only Ted Danson, but other stars such as Woody Harrelson and Kelsey Grammer.

Cheers spawned a spin-off show, ‘Frazier’, that eventually became a huge success in its own right, and it was nominated for, and won, a huge number of awards. Ted Danson, as one of the main characters, and one of the most popular, earned millions for his involvement in Cheers, and he continues to earn money from the continuing popularity of the show even today. But exactly how much did Ted Danson earn from Cheers? And how much is he worth now in 2018? Read on to find out.

How Did Ted Danson make his money & wealth?

Edward Bridge Danson III was born in December 1947, in San Diego, California. His family raised him in Flagstaff, Arizona and he attended a prep school in Connecticut. Known as Ted to friends and family from a young age, at 6-foot 2-inches tall he was a star player on the school basketball team, but while at Stanford University he became interested in drama, eventually moving on to Carnegie Mellon University in Pittsburgh to further his show-business ambitions.

After graduating with a Bachelor’s degree in drama in 1972, Ted landed a regular role on the daytime soap ‘Somerset’, in which he played a doctor, and in 1977 he was once again playing the part of a medical man in the soap opera ‘The Doctors’. During the end of the seventies Ted also appeared in several other TV shows, such as ‘Magnum P.I.’, ‘Benson’, and ‘B.J. and the Bear’, but in 1982 he left his regular daytime soap role and won the part of bartender Sam Malone on NBC’s new sitcom Cheers.

Cheers premièred on September 30th, 1982, but it almost fizzled out due to disappointing ratings during the first season. Fortunately, the support of the president of NBC’s entertainment division, and positive reviews from critics kept it on air. The show received thirteen Primetime Emmy Award nominations at the end of season one and won four. Ted gained a nomination for Outstanding Lead Actor in a comedy show, although he didn’t win the award that year, and the future of Cheers was assured as it grew in popularity over the next few years.

By 1985 Cheers was a top ten rated show, and it remained as one until the finale of the show eight years later, in 1990 it topped the list as the number one rated show. The Primetime Emmy Awards were certainly made more predictable by the existence of Cheers. It received a total of 179 nominations during its eleventh season run, a record even today, and 28 awards were won as a result. The show was nominated for Outstanding Comedy Series for every season, and it won the award four times. Ted Danson was nominated for Outstanding Lead Actor every year from 1983 to 1993, and he won the award twice, in 1990 and 1993. There were a host of other awards as a result of the show’s success too, including seven Golden Globes from over thirty nominations. Two Golden Globes were won by Ted, for Best Performance by an Actor in a TV show, in 1990 as well as the following year.

The phenomenal success of Cheers and Ted’s central position in the cast saw his earnings rise rapidly too. In the early days of the show he was earning around $10,000 per episode, but by the time the show was cleaning up at the award ceremonies every year, he was earning an impressive $500,000 per episode. The finale of Cheers in May 1993 was watched by 93.5 million viewers, an achievement surpassed only by the final episodes of M*A*S*H and Roots, and all 275 episodes were subsequently syndicated Worldwide, where they continue to be repeated even now a quarter of a century later. In 2018 Ted Danson is still picking up a regular income from his share of the syndication rights, and the show is, almost without exception, always included in lists of the greatest TV shows of all time.

Ted Danson’s career after Cheers has been wide and varied, he starred in the CBS sitcom ‘Becker’ until 2004, and made several guest appearances in shows such as ‘Curb Your Enthusiasm’, and of course, the most successful spin-off show in history, ‘Frazier’. Ted received a star on the Hollywood Walk of Fame in 1999, and the cultural impact of Cheers has seen him playing Sam Malone, or himself, in everything from ‘The Simpsons’, to the 1991 Beastie Boys video ‘Make Some Noise’.

In 2011 Ted Danson once again landed a starring role in a top-ranked show, this time replacing Laurence Fishburne in ‘CSI: Crime Scene Investigation’. He remained in the role of D.B.Russell until the end of the show in 2015, and, from 2013, increased his already impressive show-business earnings by another $250,000 per episode, after CBS extended his career for another two years. He moved over to the spin-off show ‘CSI: Cyber’ in 2015 for season two, but even Ted Danson’s golden touch couldn’t save that one.

Later this year, Ted will be appearing in the drama ‘Hearts Beat Loud’, due in cinemas in August, alongside Nick Offerman, or Ron Swanson from Parks and Recreation as he’s better known, and Ted Danson has also gone back to his early doctor playing roles, he has appeared in two episodes of ‘American Dad!’ this year, as the voice of Doctor Ray Petit. Ted is also still picking up awards to add to his already impressive collection, early this year he won a Critics’ Choice TV Award for Best Actor for his regular role as Michael in the comedy-drama show ‘The Good Place’.

Ted Danson has been married three times. In 1970 he wed actress Randy Gosch, but they divorced in 1975. In 1977 Ted married producer Cassandra Coates, who gave birth to their daughter Kate in 1979. During the birth, Cassandra suffered a stroke, and Ted helped her recuperate during the 1980’s. In the early 1990’s Ted’s long-running affair with Whoopi Goldberg hit the headlines, and led to a public, and very expensive, divorce, which eventually cost him a reported $30 million. In 1995 he tied the knot for a third time, to actress Mary Steenburgen.

Ted Danson has had a lifelong interest in the environment, triggered by his father Edward, who was an archaeologist and anthropologist. He was a founder of the American Oceans Campaign during the 1980’s. The organization merged with the ocean conservation charity Oceana in 2001, and he became a board member along with his wife Mary. In 2011 Ted co-authored his first book, ‘Oceana: Our Endangered Oceans And What We Can Do To Save Them’ with journalist Michael D’Orso. Ted has appeared in public service announcements supporting environmental causes and has testified to the government about the effects of ocean pollution.

Ted Danson has received a total of 14 Primetime Emmy Awards during his career, winning two of them. He has also received ten nominations for a Golden Globe and won three. He won an American Comedy Award for Funniest Male Performer in Cheers in 1991, and two Screen Actors Guild nominations for Outstanding Performance by a Male Actor, for ‘Knights of the South Bronx’ in 2006, and ‘Curb Your Enthusiasm’ earlier this year. In 2011 TV Guide ranked him second in their list of the top 25 TV stars of all time.