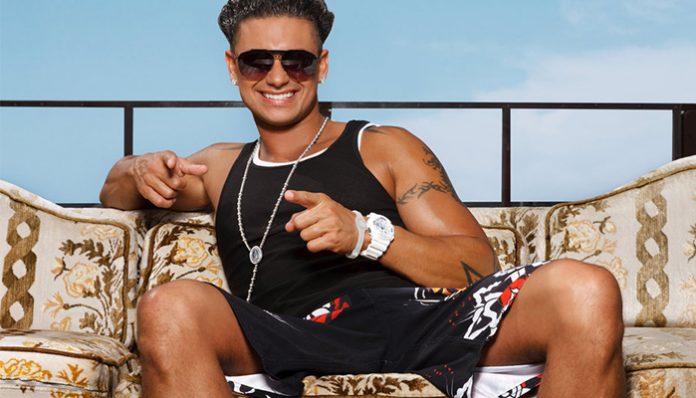 A television personality, DJ Pauly D is perhaps best known for his appearances on the MTV reality series Jersey Shore in the early 2010’s. Since then, he has been featured in dozens of other programs such as Famously Single, Good Morning America, The Eric Andre Show, and Celebrity Page. Currently, he stars in the sequel, Jersey Shore: Family Vacation.

In addition to his television career, he has also been active as a music artist. In 2012, he released his first commercial single, Back to Love, which peaked at number 113 in the UK. Some of the other tracks that he’s contributed to over the years include Problem Wit It, Mischief, Pit Boss, and Is You Kiddin’ Me.

How wealthy is the TV star? How much did he make from Jersey Shore? How successful is his music ventures? According to various sites, DJ Pauly D’s current net worth hovers at an estimated $15 million. Let’s have a look at some of his accomplishments down below.

How did DJ Pauly D Make His Money & Wealth?

Born on July 5, 1980, in Rhode Island, DJ Pauly D’s childhood was divided between Johnston and Providence. Growing up, he idolized DJ AM, an award-winning disk jockey. Wanting to get involved with the industry himself, he later began to work as a local DJ under the name “Pauly D.”

Ultimately, it was while he was working as a DJ that he was contacted by the casting directors of Jersey Shore through MySpace. Interestingly enough, they had chosen him not for his music, but for his looks. Deciding to go along with it, a camera crew was later sent to Rhode Island, where they filmed a day of his life. Several months later, he was officially told he had been cast in the show.

Premiered on December 3, 2009, the reality series followed the lives of a group of individuals, all of whom are to spend their summer together in a New Jersey vacation home. Well received, the show’s pilot attracted over 1.3 million viewers in the U.S. Along with the rest of the cast, DJ Pauly D ultimately went on to stay for all six seasons, which spanned from 2009 to 2012.

How much did he make from Jersey Shore? Though it’s unknown how much he was paid at the beginning of the series, it’s said that his salary had climbed up to $150,000 per episode by season six. In 2012, he also became the first cast member to receive his own spin-off, The Pauly D Project, which ran for 12 episodes.

Since then, he has been featured in several other TV programs such as Watch What Happens Live, Fashion Police, Miss USA, and Worst Thing I Ever Wore. For the past few months, he has also been starring in the spin-off, Jersey Shore Family Vacation.

In addition to his work on television, the deejay has also embarked on a music career. In 2012, he released his debut single, Night of My Life (Feat. Dash). Some of his later releases include Back to Love and Did You Know, the former of which charted in the UK.

No, DJ Pauly D is not married. According to recent rumors, however, he might just have gotten back into the dating game.

Does DJ Pauly D Have Any Children?

Yes, he has a daughter named Amabella Sophia (b. 2013) from a previous relationship.

No, as far as we know, DJ Pauly D did not go to college. Instead, he worked as a local DJ out of high school.

What is DJ Pauly D Famous For?

DJ Pauly D is best known for his appearances on MTV’s Jersey Shore, a reality series that ran from 2009 to 2012. Since then, he has been featured in several other programs such as Celebrity Page and The Pauly P Project.

DJ Pauly D currently resides in New Jersey, presumably with his young daughter. We do not have any pictures of his home at this time.

What Kind of Car Does DJ Pauly D Drive?

Unfortunately, details on DJ Pauly D’s vehicle are unavailable at this time.

How Much Money Did DJ Pauly D Make Last Year?

Information on DJ Pauly D’s 2017 earnings is not available.

Currently, DJ Pauly D is starring in Jersey Shore Family Vacation, which is a spin-off of the original Jersey Shore.

What’s the deejay up to? Why not find out by following him on social media? DJ Pauly D is active on Twitter at @DJPaulyD and on Instagram at @DJPaulyD. On Facebook, he also has a fan page which you can check out here.