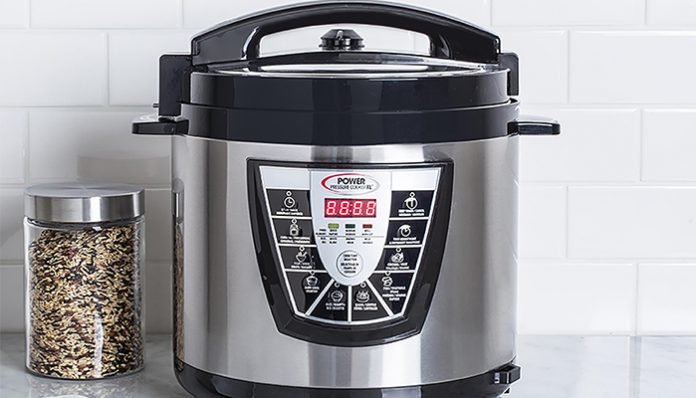 If you’re into cooking meals for yourself, chances are, you’ve heard of the Instant Pot. Convenient and easy-to-use, it has boomed in popularity over the past couple of years. In fact, the kitchen gadget has even gained somewhat of a cult following, with thousands of users sharing recipes and tips online. Having said that, is the hype justified? What is it really capable of?

Perfect for busy individuals/families, the multi-cooker is known for consolidating multiple kitchen appliances into one. Capable of multiple functions, it not only features the ability to slow cook and pressure cook, but it’s also able to steam food, make rice, yogurt, and more. If anything, it’s the epitome of convenience. With an Instant Pot, the options for meal-prep are nearly endless.

History of the Instant Pot

Released in 2010, the Instant Pot was invented in Ottawa, Canada, by a group of ex-Nortel employees. According to Robert Wang, one of the founders, they had wanted to make improvements to the traditional pressure cooker for faster, and healthier cooking. After 18 months of hard work, the first model was released in stores in 2010.

Since then, the company has released several additional models, each with snazzier functions than the previous. For instance, the third iteration, aka the 7-in-1, is an improvement over its predecessor in that it comes with a yogurt maker.

Below, we’ll be going over some of the different models (in order of oldest to newest).

Instant Pot Lux: Despite being released nearly seven years ago, the Lux remains to be a solid option, with its updated software. A 6-in-1, it features the following functions: slow cook, pressure cook, keeps warm, sautés, steam, and make rice. In contrast to the later models, it only comes with one pressure setting.

Instant Pot Duo: The most successful model, this 7-in-1 comes with 14 built-in smart programs (e.g. Poultry, Soup, Meat, Porridge, Multigrain, etc.) for easy cooking. An improvement over the Lux, it not only comes with the ability to make yogurt, but it also boasts two separate pressure settings for better control of the cooking process.

Instant Pot Duo Plus: An upgrade of the Duo, the Duo Plus comes with a new display panel that is not only larger but easier to use. In addition to new preset programs, it also features a new sterilization mode, as well as cake and egg functions.

Instant Pot Smart: Perfect for those who like to fiddle with technology, the Smart model comes with a programmable app that can be connected to the multi-cooker via Bluetooth. If you’re interested in monitoring the cooking process from afar using your smartphone, this is the one you want.

Instant Pot Ultra: The newest offering from the company, the Ultra comes with a new “Ultra” setting that provides complete customization for both pressure and non-pressure cooking. Not only that, but it also comes with an entirely new interface, including a larger, and easy-to-read display screen.

The Pressure Cooking Capabilities of the Instant Pot

A 7-in-1 (assuming that we’re talking about the Duo), one of the Instant Pot’s greatest features is its ability to function as an electronic pressure cooker.

Why is pressure cooking so popular?

1.) Food tends to retain most of their nutrients

Due to the fact that pressure cooking reduces the cooking time by up to 70%, the food tends to retain their nutrients (vitamins and minerals are often diluted or evaporated when cooked in large amounts of water for a long period of time)- not only that, but they are also less likely to lose their flavour.

Not only is the cooking time significantly shorter, but it also uses much less energy compared to traditional methods. What does this mean? More money said when it comes to electricity bills!

3.) Less clean up is required afterward

Compared to stovetop cooking, clean up is incredibly easy with the Instant Pot as you don’t have to worry about splatters and splashes. Assuming that you have the lid on, everything will be contained inside the stainless steel pot, so that that will be the only thing you need to wash in the end.

4.) It saves a significant amount of time when it comes to cooking

When you use a pressure cooker such as an Instant Pot, the cooking time can be reduced as much as 70%. Not only does this help the food retain its flavor and nutrients (as mentioned earlier), but it also means that you can whip up a delicious meal in mere minutes- talk about convenient!

5.) It leaves the kitchen a lot cooler

If you’ve ever cooked on the stove top, then you’re probably aware of how it increases the surrounding temperature- this is because the heat rises up from the pan. While some of the heat is directed out through the stovetop fan, a good portion builds up in the kitchen, which makes it noticeably warmer. When you use a pressure cooker, the heat is retained, meaning none of it escapes into your kitchen.

How Capable is the Instant Pot as a Pressure Cooker?

As mentioned earlier, all of the Instant Pot models feature the ability to pressure cook. With that said, the Lux only comes with one pressure setting, which might minimize the amount of control that you have over the process. Considering that, you may wish to purchase one of the newer models with two pressure settings if you plan on doing a lot of pressure cooking.

How Does Pressure Cooking Work?

The pressure cooker works on the simple principle of steam pressure, that is, when you build up high pressure inside a sealed pot, the food cooks faster; this is due to the built-up steam inside.

When a pot is heated up, the liquid content inside forms steam, which consequently increases the pressure. With increased pressure, the boiling pot of water also increases (i.e. 212F to 250F); this allows for food to cook faster. Not only that, but the higher pressure also helps to force moisture into the food- this helps certain foods such as meat, tenderize quickly.

What Can You Cook with a Pressure Cooker?

Honestly, the options are endless with a pressure cooker. Not only can you tenderize tough cuts of meat, but you can also make rice, beans, roasts, eggs, and more. Having said that, it is most frequently used for dishes such as vegetables, beans, and stews.

Sure, there might be a learning curve at the beginning, but trust us- it’s all worth it in the end.

Ultimately, the Instant Pot is a type of electric pressure cooker- that is, it is capable of pressure cooking food automatically with the press of a button (i.e. just set it and you’re good to go!). Having said that, pressure cooking is only one of its many capabilities.

In addition to electric pressure cookers, there are stovetop pressure cookers, which as its name implies, goes straight on top of the stove. Unlike the former, they reach higher pressure and heat much quicker, which makes them much more powerful. While they’re a little harder to use, they tend to be incredibly durable, in that they generally last decades.

Below, let’s go over the two different types of pressure cookers.

Electric Pressure Cookers (the Instant Pot falls under this category)

– They reach a higher pressure and temperature much quicker
– Tend to last many years (i.e. decades)
– Recommended for those who are familiar with advanced pressure cooking
– Generally more versatile as most motels can double as a normal pan
– Less bulky, which allows for easy storage
– Most do not come with a built-in timer, so you’ll need to watch the clock
– Cheaper than their electric counterparts

Deciding Between an Instant Pot and a Stove Top Pressure Cooker

You might want to consider getting an Instant Pot if you…