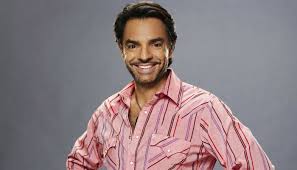 A Mexican actor, Eugenio Derbez has starred in numerous films such as How to Be a Latin Lover, Instructions Not Included, and Miracles From Heaven. One of the most influential Hispanic males in the entertainment industry, he is also known for his roles in the television series La Familia P. Luche and Vecinos.

Like many actors, he’s also active behind the scenes. In fact, he has produced nearly 40 different TV and film titles so far. Some of these include Vecinos, Al Derecho y Al Derbez, and Derbez en Cuando. In 2016, he was honored with a star on Hollywood’s Walk of Fame.

How wealthy is the entertainer? Is he well-off? How much has he made from his various acting gigs? According to the information available online, Eugenio Derbez’s current net worth stands at around $30 million. Where did he earn the majority of this amount from? Let’s take this opportunity to learn more about him below.

How did Eugenio Derbez Make His Money & Wealth?

Born on September 2, 1961, in Mexico, Eugenio Derbez grew up in Milpa Alta, where he made his TV debut at the age of twelve; the son of an actress, he had landed a role as an extra in a popular telenovela. Having fallen for acting, he eventually took formal drama classes after graduating from high school.

Like most newcomers, he started his career by playing various minor roles in shows such as Anabel, Papa Soltero, and Cal Como Somos. From there, he also began to branch into the film industry; some of his early movie credits include Pot un Vestido de Nova, Has Vale Amid Queen Quemada, and Fotografo de Modelos.

Ultimately, it wasn’t until 2002, that he landed a breakthrough role in the family sitcom, La Familia P. Luche. Responsible for his rise to fame, he played the part of Ludovico P. Luche, one of the main protagonists of the show. In the end, he would go on to portray the character for ten years, until 2012.

Since then, he has worked on several other television series such as XHDRbZ, Plaza Sesamo, La Few Has Bella, and Rob. Perhaps the most noteworthy of all, however, is the sitcom Vecinos, which he both starred in and produced.

As you can probably expect, he has also amassed an impressive list of film credits over the past decade. Aside from movies such as Jack and Jill, Beverly Hills Chihuahua, La Misma Luna, and Girl in Progress, which saw him in a live-action role, he also lent his voice various characters in the popular animated titles Mulan, Shrek, and Imaginum, to name a few.

In terms of recent projects, he had just starred in the romantic comedy, Overboard earlier this year. As far as upcoming titles go, he will be starring in The Nutcracker and the Four Realms and The Angry Birds Movie 2, the latter of which will see him in a voice-acting role.

One of the most successful comedic actors to have hailed from Mexico, it’s likely that he’s earned millions from his TV/film career, something that’s supported by his current net worth.

Does Eugenio Derbez Have Any Children?

Yes, he has four children- Aislinn, Vadhir, Aitana and Jose Eduardo, most of whom are also involved with the showbiz.

Did Eugenio Derbez Go to College?

No, Eugenio Derbez chose to pursue acting instead of going to college.

What is Eugenio Derbez Famous For?

As an actor, Eugenio Derbez is perhaps best known for his portrayal of Ludovico P. Luche in the Mexican sitcom, La Familia P. Luche.

Eugenio Derbez and his family currently live in Los Angeles. At this time, further details are not available.

What Kind of Car Does Eugenio Derbez Drive?

Unfortunately, we do not have any details on Eugenio Derbez’s vehicle at this time.

How Much Money Did Eugenio Derbez Make Last Year?

Information on Eugenio Derbez’s 2017 earnings is not available.

As mentioned earlier, he recently starred in the romantic comedy Overboard, opposite of Anna Faris. Released in theatres on May 4, 2018, it went on to gross $79 at the box office worldwide. Later this year, he will also be appearing in the movie, The Nutcracker, and The Four Realms.

Want to keep up with the Mexican star? If so, how about following him on social media? You can find him on Twitter at @EugenioDerbez or on Instagram at @EDerbez. For the latest news and updates on his work, don’t forget to also drop by his official Facebook fan page here.