Jason Alexander is a comedian, actor, writer, producer, and singer who is most well-known for his role on the popular 90s sitcom Seinfeld as George Costanza. Not many people know that he is also a Tony award-winning Broadway musical performer. He has really raked in the cash over the years, so let’s take a look at how Jason earned his true net worth.

How Did Jason Alexander make their money & wealth

Jason was born on September 23, 1959, in Newark New Jersey. His birth name is Jay Scott Greenspan. He goes by his stage name of Jason Alexander, but unlike other celebrities, he’s never officially changed it. His father’s first name is Alexander, which was how he got the last name of his stage persona. He was brought up in the town of Livingston in New Jersey with his half-siblings, Karen and Michael. He graduated from Livingston High School in 1977 before going to Boston University. 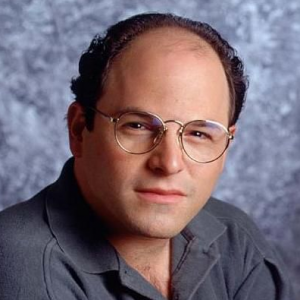 Jason originally majored in classical acting but settled on comedy after his professors told him that he would never get lead roles with his appearance. He never graduated college since he moved to New York City to pursue work after his junior year. Even though he never finished out his senior year, he still is given an honorary degree from Boston University in 1995.

After moving to Manhattan from Boston, Jason used his acting, singing and dancing talents on the Broadway stage. He even won a Tony for his part in Jerome Robbins Broadway for The Best Leading Actor in a Musical. The same year he won that Tony he was cast as George Costanza in Seinfeld. He went on to play George for the next 10 years, until 1998. Even though he lost out on winning many Golden Globe and Primetime Emmy awards due to his costar Michael Richards outshining him, he still managed to take home the Outstanding Performance by a Male Actor in a Comedy Series Screen Actors Guild Award.

Jason Alexander is also an accomplished voice performer, acting as both Catbert and Duckman in cartoons for adults with a cultlike following. Other notable performances include cameos on the show Curb Your Enthusiasm, Family Guy, Malcolm in the Middle, Star Trek Voyager, as well as Everybody Hates Chris.

If people don’t recognize him from his Seinfeld career, the other appearance that he is most noted for is the lawyer in Pretty Woman. Recently he was on the web series by Jerry Seinfeld called Comedians in Cars Getting Coffee. He is also taken to competing in televised poker tournaments and shows. 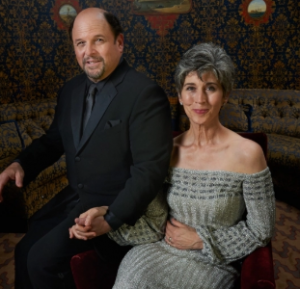 Jason has been married for over 35 years. He married his wife, screenwriter Daena E. Title, way back in May 1982. They had their first son in 1991 and named him Gabriel. Gabriel’s brother, Noah, was born in 1996.

Depending on the appearances Jason does in various popular media projects, he is sure to make between $500,000 and a million dollars per year.

Way back when Jason Alexander was working on Seinfeld, he commanded a salary of $600,000 an episode. That equals out to almost $900,000 in today’s money when you account for inflation.

Jason Alexander has two houses, both of which are very large. One of his homes is in New York, while the other one is in Los Angeles California. 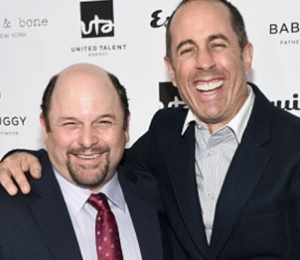 While it’s not known what kind of car Jason drives, we have seen him in an AMC Pacer during the Seinfeld reunion episode of Comedians in Cars Getting Coffee. They ended up going to Tom’s restaurant, which was the coffee shop used in the sitcom, Tom’s restaurant. They also secured old costar, Newman, for the Super Bowl slot.

Jason Alexander is heavily involved in charity work. Even though he plays poker competitively, he once donated his entire $500,000 jackpot to the United Way of the greater New Orleans area. That charity supports locals who are affected by poverty. Over the years he has also supported Feed the Children, the LEAP Foundation, the Children’s Tumor Foundation, Lupus LA, Neurofibromatosis Inc., Not on Our Watch, Ante Up for Africa, and United Way. He is also the official spokesperson for the Scleroderma Foundation.

In 1989, Jason won a Tony Award for his role in a musical on Broadway. Since then, he has been nominated for many different kinds of awards from the Emmy’s, Golden Globes, and Screen Actors Guild awards. While he hasn’t won everything thing that he’s been nominated for, his accomplishments are still impressive. In 1997, he won a Screen Actors Guild Award for Outstanding Performance for an Ensemble in a Comedy Series for his role in Seinfeld. He also won a Country Music Television music award for flame-worthy cameo of the year for his role in Brad Paisley’s music video. That’s not the only music video he’s been in. Jason Alexander also appeared as a barista in a Nickelback video in 2012.