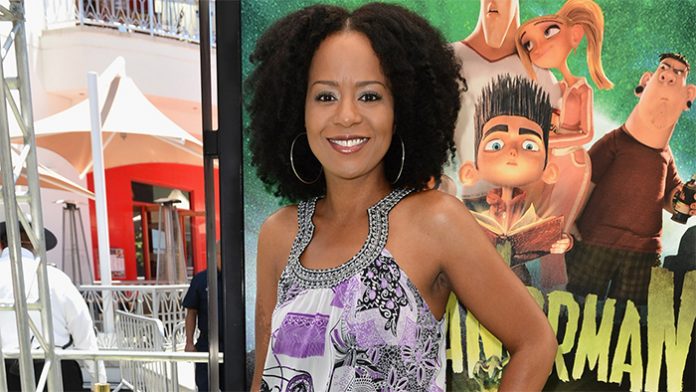 A former child actress, Tempestt Bledsoe rose to fame as Vanessa Huxtable in the long-running sitcom The Cosby Show. The launch of her acting career, the show garnered her many accolades including a Young Artist Award in 1989. Some of her other early credits include Dance ’Til Dawn, A Different World, and Dream Date.

As far as recent television appearances go, she co-starred in the sitcom Guys with Kids in the early 2010’s. In 2014, she even reprised her role as Vanessa Huxtable in an episode of the comedy-drama Instant Mom.

How much was she paid for her starring role on The Cosby Show back in the day? How well-paid is she as an actress? How much did she receive for appearing in the recent NBC sitcom? How rich is she? To answer this question, it’s said that Tempestt Bledsoe has amassed a fortune of $13 million as of 2018. Curious to know where most of this money came from? Be sure to read on below!

How did Tempestt Bledsoe Make Her Money & Wealth?

Born on August 1, 1973, in Chicago, Illinois, Tempestt Bledsoe launched her career when she was still a preschooler, appearing in commercials for Kellogg’s and Safeway. Later at the age of nine, she successfully auditioned for NBC’s new sitcom The Cosby Show. Despite it being her television debut, her portrayal of Vanessa Huxtable, the fourth of five children in a close-knit Brooklyn family, quickly captured the hearts of viewers.

Responsible for her rise to fame, she ultimately remained on the show from start to finish; by the time it wrapped up in 1992, the young actress had starred in the series for eight years. Considering everything, it’s likely that she received a decent salary for playing the role. Having said that, the exact figures have not been disclosed to the public.

Though The Cosby Show was her major project, she appeared in a number of other television series throughout the 80’s and early 90’s; some of these include Monsters, Dance ’Til Dawn, Dream Date, and The Earth Day Special.

Following the end of The Cosby Show, she played a few minor roles in shows such as Fire & Ice, Rock Me Baby, South of Nowhere and Husband for Hire. Ultimately, it wasn’t until the late 2000’s that she landed a bigger role- this time as a voice actress in the Disney animated series, The Replacements.

Since then, she has also been cast as Marny, one of the stars of the NBC sitcom, Guys with Kids. Premiered in 2012, she shared her on-screen time with actors Zach Cregger, Anthony Anderson, Jesse Bradford, and Erinn Hayes, among a few others. Despite the fact that it drew in millions of viewers every week in the U.S. however, the network later canceled it after a season in 2013.

As far as we know, the only other TV show that she’s appeared in since is the comedy, Instant Mom, which saw her reprising her role of Vanessa Huxtable in the episode, Not Your Mother’s Day.

She has been in a relationship with Darryl M. Bell, a fellow actor since 1993. Despite the fact that they’ve been together for a long time, they have not expressed interest in officially tying the knot.

Does Tempestt Bledsoe Have Any Children?

No, as far as we know, Tempestt Bledsoe does not have any children.

Did Tempestt Bledsoe Go to College?

Yes, she went to New York University, where she received a bachelor’s degree in finance.

What is Tempestt Bledsoe Famous For?

Tempestt Bledsoe rose to fame as a child actress in the long-running sitcom The Cosby Show, which premiered on NBC in 1984. More recently, she co-starred in the comedy series, Guys with Kids in 2013.

According to her Twitter, Tempestt Bledsoe and her partner currently reside in Los Angeles. We do not have any additional information at this time.

What Kind of Car Does Tempestt Bledsoe Drive?

We do not have any information on Tempestt Bledsoe’s vehicle at this time.

How Much Money Did Tempestt Bledsoe Make Last Year?

Information on Kareem Tempestt Bledsoe’s 2017 earnings are not available.

According to her IMDb page, she hasn’t appeared on television since Instant Mom in 2014. For now, it’s unclear whether or not she plans on making a comeback sometime in the near future.

Though she isn’t particularly active, you can find Tempestt Bledsoe on Twitter at @TempesttBledsoe. On Facebook, you can also show your support by following her official fan page here.