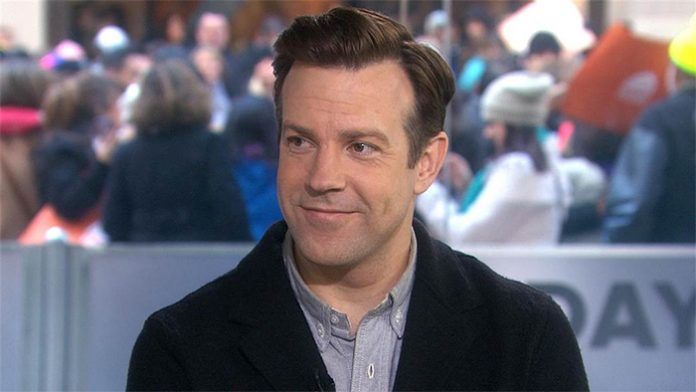 A well-known actor, Jason Sudeikis has appeared in many television series such as It’s Always Sunny in Philadelphia, Eastbound & Dawn, Great Minds with Dan Harmon, and 30 Rock, to name a few. Perhaps his most notable role of all, however, is that of Holt Ritcher in the animated sitcom, The Cleveland Show.

On top of his TV appearances, he has worked on numerous films including We’re the Millers, The Angry Birds Movie, Masterminds, The Book of Love, and Movie 43, among others. Most recently, he appeared in the movies Downsizing and Kodachrome in 2017. In terms of upcoming projects, he has a few; some of these include The Angry Birds Movie 2, Driven, and Booksmart.

How much does he make from his acting gigs? How well-paid is he in the industry? How rich is he now? According to various online sources, Jason Sudeikis’ 2018 net worth is said to be around $10 million. Let’s take this opportunity to learn more about him below.

How did Jason Sudeikis Make His Money?

Born on September 18, 1975, in Fairfax, Virginia, Jason Sudeikis grew up in Overland Park, Kansas, with his two sisters, Kristen and Lindsay. As a student, he went to Shawnee Mission West High School, from which he graduated in 1993. Ultimately, it was afterward that he began to get involved with improv comedy. After a brief period of performing at ComedySportz, he relocated to Chicago, where he studied at the IO Theatre and Annoyance Theatre.

Later while working at The Second City Las Vegas in the early 2000’s, he was hired as a sketch writer for the late-night variety show, Saturday Night Live. After a few years of making occasional appearances, he was given repertory status in 2006. From there, he stayed on the show for seven years until 2013. Though we don’t have the exact numbers, it’s likely that he was paid well over ten thousand dollars per episode.

In addition to his comedy career, he has acted on numerous occasions. For instance, he has made appearances in the television series Childrens Hospital, 30 Rock, It’s Always Sunny in Philadelphia and Eastbound & Down. Perhaps his best-remembered role, however, is that of Holt Ritcher, one of the main characters in the animated sitcom The Cleveland Show, which ran from 2009 to 2013.

In terms of his more recent roles, he recently voiced the title character in Son of Born in 2017. Not only that, but he has been working on the series Detroiters as an executive producer since last year.

On top of his television career, Sudeikis has amassed quite a number of film credits. Some of the movies that he’s acted in include We’re the Millers, Sleeping with Other People, Masterminds, The Book of Love and Downsizing. As a voice actor, he has also voiced various characters in the movies Epic, and The Angry Birds Movie.

In terms of upcoming titles, he is currently working on two films- The Angry Birds Movie 2 and Booksmart, both of which will be coming out in theatres in 2019.

Yes, he has been married to Olivia Wilde since 2011. His second marriage, he was previously married to Kay Cannon, a screenwriter-producer.

Does Jason Sudeikis Have Any Children?

Yes, he has two children with his wife- a son named Otis Alexander and a daughter named Daisy Josephine.

Did Jason Sudeikis Go to College?

No, Jason Sudeikis has not one to college. Instead, he started to pursue a comedy career out of high school.

What is Jason Sudeikis Famous For?

Jason Sudeikis initially rose to fame on the late-night variety show Saturday Night Live. Since then, he has appeared in many television shows such as It’s Always Sunny in Philadelphia, 30 Rock, and The Cleveland Show.

Jason Sudeikis and his family currently reside in Brooklyn, New York. At this time, that’s all the information that we have available.

What Kind of Vehicle Does Jason Sudeikis Drive?

We do not have any information on Jason Sudeikis’ vehicle at this time.

How Much Money Did Jason Sudeikis Make Last Year?

Information on Jason Sudeikis’ 2017 earnings is not available.

In terms of television projects, he’s currently working on Detroiters as an executive producer. On the big screen, he also has a few things lined up including Next Gen, Driven, The Angry Birds Movie 2 and Booksmart.

Unfortunately, it doesn’t look like Jason Sudeikis is active on social media. For his latest roles, you can check out his IMDb page by clicking here.