What Happened to Kenneka Jenkins? – 2018 Update 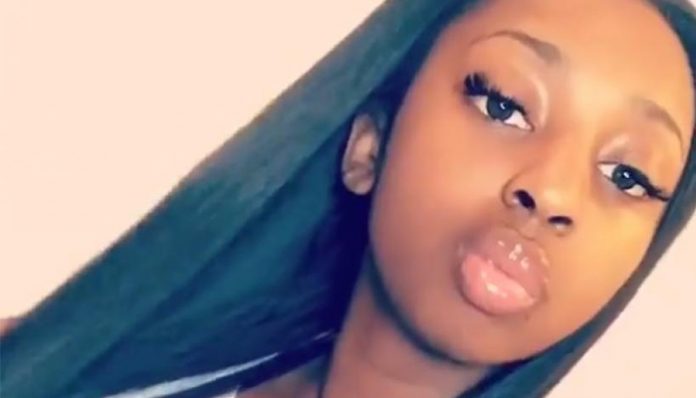 Last fall, the body of a 19-year-old girl was found in a Chicago Hotel Freezer. The epitome of a bizarre case, news of the incident quickly traveled across the world. What was she doing there? How did she die? Was it an accident? Or was there something more sinister involved? Everyone wanted to know the same thing- what happened to her?

Are there any recent developments in her case? What have officials concluded about the incident? Have they discovered the truth behind her death? Hopefully, we’ll be able to answer some of these questions for you below.

What Happened to the Kenneka Jenkins? 2018 Recent Update

Earlier this month, a tribute was held at the Crowne Plaza Hotel- the same hotel where her body was found last September, in what would have been the teen’s 20th birthday.

Despite the fact that many months have passed, her case still appears to be shrouded in mystery. Sure, the medical examiner’s office has deemed her death to be accidental (autopsy results had determined that she had died from exposure to the cold), but that hasn’t stopped many from believing that the 19-year-old girl was in fact, murdered.

While the truth might still be a ways away, some information has been revealed to the public. For instance, it’s now known that she had injuries on her right ankle and leg, as well as a swollen brain, though examiners ultimately dismissed the latter as being the cause of death (or more specifically, it was “not telling” of a specific cause of death).

Many believed her case to be drug-related, so a toxicology test was also ordered. The results were inconclusive. While “date rape drugs” were not found in her system, she tested for alcohol, caffeine, as well as topiramate- a migraine medication. Upon asking her family, it was learned that she had not been prescribed the drug; if that’s the case, how come it was in her body?

In spite of these lingering questions, the Rosemont Police Department officially closed her case on October 20th, 2017. Wanting to uncover the truth behind her death, the Jenkins’ family later led a private investigation, according to court filings. However, they eventually reached the same conclusion- that there was no indication of physical attack or sexual assault.

Prior to that, photos of her body were also made public. As affirmed by police statements, the 19-year-old was found lying on her side, with her face down and her right shoe had been off her foot. Perhaps even more disturbing, is the fact that her shirt, which was under her outer jacket, was pulled up to reveal her breasts.

As haunting now as it was last year, the picture has only raised more questions about her death, as agreed by Martin’s attorney. Despite all this, however, the Rosemont Police Department has been adamant that there were zero signs of foul play. More specifically, the police chief had stated that “there [was] no evidence that she was forced to drink alcohol or any narcotics.”

As we slowly approach the one year anniversary of her death, many are left unsatisfied with the police’s report. Despite the family’s best efforts, however, nothing has been found to imply foul play. For now, the truth behind her death- whether it be an accident or murder, remains to be a mystery.

On September 10th, 2017, Kenneka Jenkins attended a party at Crowne Plaza Hotel in Rosemont, Illinois at approximately 11:30 pm. As it had happened, not even her mother knew that she was attending a hotel party; it wasn’t until her friends couldn’t find Jenkins when it came time to leave, that she received a phone call about the situation at around 4:00 am. Though she arrived at the hotel an hour later to look for Jenkins, she was ultimately unable to locate her daughter.

In a tragic twist, her body was later found in the hotel freezer, a little after midnight on Sunday, just a day later. A bizarre death, the case raised many questions- was it a horrible accident or was it murder? Despite the peculiar circumstances, medical examiners eventually ruled her death to be accidental- that she had died from hypothermia (i.e. exposure from the cold).

While officials have since closed the investigation, there are many rumors that circulate the teen’s death. Despite everything, however, police have yet to retract their statement that the teen’s death is an accident. Even the private investigators that her family had hired reached the same conclusion- that there had been no foul play.