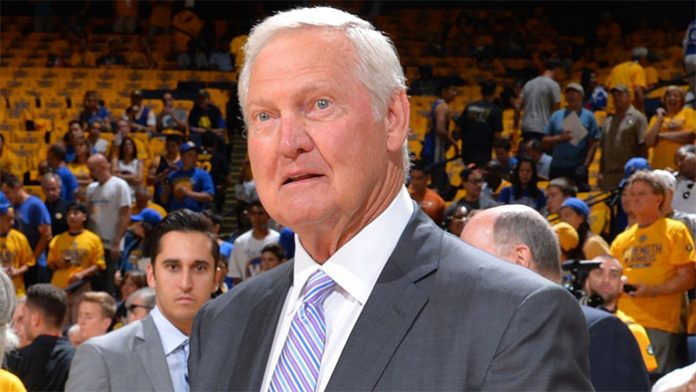 A former basketball player, Jerry West played professionally for the Los Angeles Lakers during the 1960’s and early 1970’s. Nicknamed Mr. Clutch, for his ability to make a big play under pressure, he won many titles including the NBA All-Star Game MVP, NBA Champion, and NBA Scoring Champion, to name a few.

After playing with the team for over a decade, he announced his retirement in 1974. From there, he rejoined the Los Angeles Lakers as the head coach. Known for his ability to bring forth results, he brought the Lakers to the playoffs each year without fail from 1976 to 1979. Following his retirement, he became the manager of the Memphis Grizzlies.

How wealthy is the former NBA star? How much did he make from his professional basketball career? How well-paid was he as a coach for the Los Angeles Lakers? According to various sources, Jerry West has an estimated net worth $55 million. Let’s take a look to see where he earned the majority of this money from.

How did Jerry West Make His Money & Wealth?

Born on May 28, 1938, in West Virginia, Jerry West was raised in Chilean with his five brothers and sisters. Growing up, he often spent his days fishing and hunting- that and of course, playing basketball. Later in his teens, he went to East Bank High School, where he sought to join the basketball team. Due to his short stature, however, he was frequently benched by his coach. Ultimately, it wasn’t until he was fifteen that he shot to be 6 ft tall.

After graduating in 1956, he chose to play for West Virginia University. A star player, he earned a number of honors during his college career; not only did he receive the Southern Conference Tournament Most Valuable Player Award, but he also made it to the All-American Team.

Within a few years, he was chosen by the Minneapolis Lakers during the 1960 NBA draft. Initially a loner, he eventually managed to take over the role of team leader, having established himself as their main scorer. Ultimately, it was during that period that he earned his famous nickname, “Mr. Clutch.” In the end, West stayed with the Lakers for fourteen years, until 1974.

A couple of years after retiring as a player, he became the coach of the Los Angeles Lakers, the same team that he had played for over a decade. A successful stint, he ended up leading them to the playoffs for all three seasons. From there, West worked as a scout for a few years, before becoming the team’s general manager in 1982.

Fast forward to 2002, and it was announced that he had become the general manager of the Memphis Grizzlies. How much did he make from the gig? Allegedly $5 million per year- for five years. At the age of 69, he stepped down from his post and turned his duties over to Chris Wallace.

In terms of recent updates, it was announced last year that he would become an executive board member of the Los Angeles Clippers.

Does Jerry West Have Any Children?

Yes, he has two sons named Jonnie and Ryan with his current wife, Karen.

Did Jerry West Go to College?

Yes, he was a student at West Virginia University, before being drafted by the Los Angeles Lakers in 1960.

What is Jerry West Famous For?

As a player, Jerry West is best known for his NBA career with the Los Angeles Lakers during the 1960’s and 1970’s. Since retiring, he has assumed many roles- most recently, he became an executive board member of the Los Angeles Clippers.

At this time, we do not have any information on Jerry West’s abode, nor do we have any pictures available.

In the past, however, he owned a home in the Ladera Heights area; he had sold the property for $750,000 more than a decade ago.

What Kind of Car Does Jerry West Drive?

We do not have any information on Jerry West’s vehicle at this time.

How Much Money Did Jerry West Make Last Year?

Information on Jerry West’s 2017 earnings is not available.

As mentioned earlier, Jerry West was recently made an executive board member of the Los Angeles Clippers last summer on June 14, 2017.

Unfortunately for us fans, it doesn’t look like the NBA executive is active on social media.