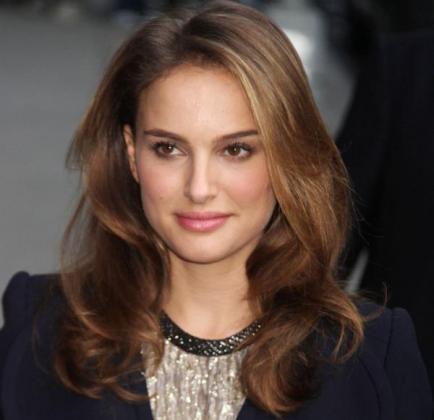 Natalie Portman is one of the most iconic and successful actresses of the 21st century. She is known for her roles in countless critically acclaimed films. Portman has won an impressive assortment of awards herself, including two Golden Globe awards and one Oscar – awards many stars work their entire lives for. Natalie Portman has been an A-list actor ever since she was a teen and continues to boast exceptional performances in every film she appears in. She also began directing in 2015 with the film A Tale of Love and Darkness.

Few other actresses have achieved the same legendary status that Natalie Portman has. Portman has appeared in countless iconic productions, most notably Star Wars Episode 2: Attack of The Clones, V for Vendetta, Closer, Thor, and Jackie. She also began directing in 2015, a venture that is sure to make her even more influential and wealthy.

How Did Natalie Portman Earn her Money and Wealth?

Natalie was born on June 9, 1981, in Jerusalem. She is the only child of Shelly Stevens and Avner Hershlag, both of which are ethnic Ashkenazi Jews. Portman’s birth name is Neta-lee Hershlag. When she was just 3 years old, Portman’s family left Jerusalem so that her father could undergo medical training. The family moved several more times before settling in New York.

As a young girl, Natalie Portman attended the Charles E. Smith Jewish Elementary school in Rockville, Maryland. In 1999, she graduated from the Solomon Schechter Day School in Jericho, New York. Although she took many extracurricular activities and participated in dance, ballet, and theater, Portman was intent on excelling in her studies first and foremost. She was even discovered by an agent when she was ten but declined to focus on acting.

After several school plays and dedicated practice, Natalie Portman made her film debut in the 1994 film Léon: The Professional. Her performance quickly caught the eye of several film producers. In 1995 and 1996, she appeared in the movies Heat, Mars Attacks!, and Beautiful Girls.

It wasn’t until 1999 that Natalie Portman became an international star. That year, she was cast as Queen Amidala in Star Wars Episode I: The Phantom Menace. After her performance, she was deemed a fan favorite. Portman also Padme in the Star Wars Franchise in Attack of the Clones in 2002, and Revenge of the Sith in 2005.

Even while The Phantom Menace was smashing box office records, Portman missed her own premiere to study for her high school exams. Her dedication resulted in her being accepted to Harvard University, from which she graduated in 2003 with a B.A. psychology.

While The Phantom Menace was being filmed, Natalie Port starred in the rom-com dramas Anywhere But Here and Where The Heart Is in 1999 and 2000. Even though she was extremely popular, it took Portman a while to win her first Oscar. Her performance in the 2004 drama Closer won her an Oscar nomination. It wasn’t until 2010 that she was awarded an Oscar and an Academy Award for Best Actress for her role in the film Black Swan.

In 2011, Natalie Portman co-starred with Ashton Kutcher in the romantic comedy No Strings Attached. She was also executive producer of the film. Portman also portrayed Jane Foster in Thor and in 2013’s Thor: The Dark World. Portman made her directing debut with the film A Tale of Love and Darkness in 2015. Portman won a second Oscar nomination for her portrayal of Jacqueline Kennedy in the 2016 film Jackie.

As of 2018, Natalie Portman is currently working on The Death & Life of John F. Donovan, which is set to release later this year. She is also currently acting in the musical film Vox Lux, set to release in 2019.