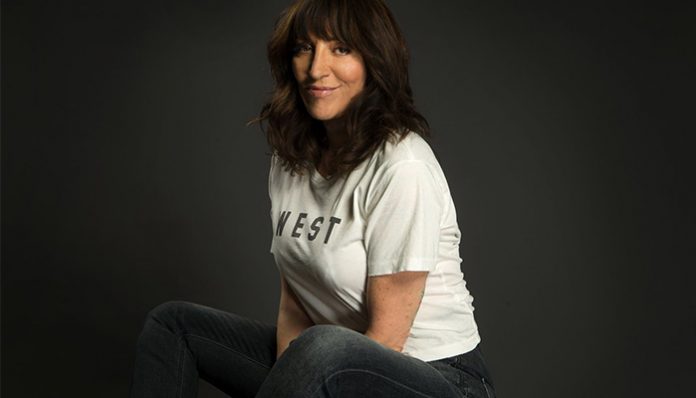 A Golden Globe-winning actress, Katey Sagal has starred in countless television series and films throughout her career. Some of her most standout roles include Gemma Teller Morrow in Sons of Anarchy, Peggy Bundy in Married…with Children, and Cate Hennesy in 8 Simple Rules. Most recently, she lent her voice to one of the characters in the Netflix series, Spirit: Riding Free.

In addition to acting, the blonde has also pursued a music career. Her debut album, Moon Over Brooklyn was released in 1976. Since then, she has come out with a few other titles such as Well…, Sons of Anarchy: Shelter EP, and Covered, a couple of which have charted in the U.S.

How much was she paid for her starring roles? How much has she earned from her acting career over the years? According to what we could find online about her net worth, Katey Sagal is currently worth $30 million as of 2018.

How did Katey Sagal Make Her Money & Wealth?

Born on January 19, 1954, in Los Angeles, California, Katey Sagal grew up in Brentwood, with her four siblings (three of whom are now actors). After graduating from high school, she studied acting and singing at the California Institute of the Arts. From there, she started to land television roles in the early 1970’s; some of her earliest credits include The Failing of Raymond, The Bold Ones: The New Doctors and Columbo.

Ultimately, it wasn’t until the late 80’s that she hit it big, after being cast as Peggy Bundy in the Fox sitcom, Married…with Children. Her first time playing a lead role, she co-starred alongside Ed O’Neill, who played as her on-screen husband. Incredibly popular, the series quickly took off, with millions of viewers tuning in every week. As you can probably expect, Sagal also gained a significant amount of notoriety from the show; in fact, her performance had earned her many accolades including five Golden Globe Award nominations.

Since then, she has appeared in numerous other titles including 8 Simple Rules for Dating My Teenage Daughter, Boston Legal, A to Z, and The Bastard Executioner. Outside of live-action acting, she’s also known for voicing Leela in the popular animated series, Futurama, a role that she’s been playing since 1999. More recently, she starred in Sons of Anarchy, a crime drama created by her husband, Kurt Sutter.

Though television is her main focus, she has also worked on a number of films. For instance, she’s appeared in the movies Smart House, The Good Mother, I’m Reed Fish, House Broken, and Jack and the Beanstalk. As you can probably expect, a significant portion of her fortune came from her work on Married…with Children, and Sons of Anarchy, two of her most prominent TV credits.

In addition to acting, the brunette has also pursued a music career. In 1976, she released her debut album, Moon Over Brooklyn. Since then, she has added a few other projects to her catalog including Well…, Sons of Anarchy: Shelter, Room, and Covered, a couple of which have made it onto the US music charts.

Yes, she has been married to Kurt Sutter since 2004. Her second marriage, she was previously married to Freddie Beckmeier, a musician.

Does Katey Sagal Have Any Children?

Yes, she has a daughter named Esme Louise, with her husband who was born in 2007.

Did Katey Sagal Go to College?

After high school, Katey Sagal studied acting and singing at the California Institute of the Arts.

What is Katey Sagal Famous For?

Katey Sagal rose to fame in the 1980’s as Peggy Bundy on the Fox sitcom, Married…with Children. Some of her other notable television roles include Cate Hennesy on 8 Simple Rules, Gemma Teller Morrow on Sons of Anarchy and Leela on Futurama.

Katey Sagal lives with her family in the Los Feliz neighborhood in Los Angeles. We do not have any additional details at this time.

What Kind of Car Does Katey Sagal Drive?

We do not have any information on Katey Sagal’s vehicle at this time.

How Much Money Did Katey Sagal Make Last Year?

Information on Katey Sagal’s 2017 earnings is not available.

Earlier this year, she lent her voice to Butch LePray, a character in the animated series, Spirit: Riding Free. In terms of live-action acting, she last played the role of Vivian Pressman in the TV film, Dirty Dancing in 2017.

Want to keep up with the actress’ activities? If so, why not follow Katey Sagal online? You can find her on a few social media sites such as Twitter at @KateySagal and Instagram at @KateyLous. On Facebook, you can also show your support by liking her official page here.