What Happened to Tyler Priddy aka Flip from Street Outlaws? 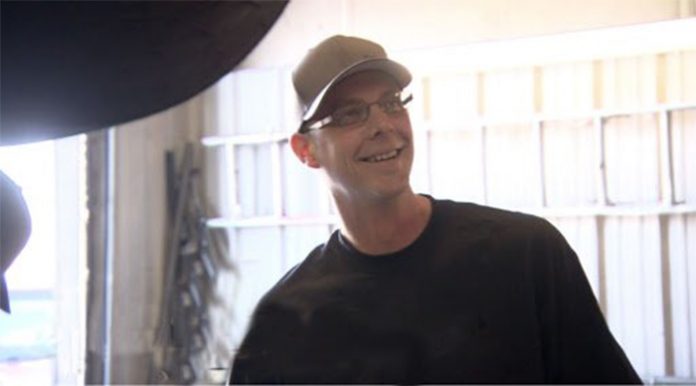 A television personality, Tyler Priddy aka “Flip” rose to fame on Discovery Channel’s reality series, Street Outlaws. Introduced in the first season, he quickly caught the attention of viewers with his successful racing. Unfortunately, before the show ever aired on TV, it was revealed that he had been found dead in his Oklahoma home.

What had happened? What were the circumstances surrounding his death? Did he die from a self-inflicted injury? Or was it something more sinister? We will be taking a closer look at the incident below- feel free to stick around if you’re curious.

What Happened to Tyler Priddy?

In 2013, Tyler Priddy aka “Flip” was introduced as an Oklahoma-based street racer on Street Outlaws, a reality series that premiered on the Discovery Channel. With the rest of the cast, he had made his debut in the first episode, Midnight Riders. Over the next few weeks, he raced against many opponents including Chuck, Murder Nova, Farmtruck, Varley, and Doc, to name a few.

As it happened, however, Flip had been found dead in his Yukon home on May 28, 2013; he was only 31 years old at the time. Ultimately, it was a couple of weeks after his death, that Street Outlaws premiered on television (most reality shows are filmed way ahead of time) on June 10, 2013.

What had caused his death? According to a number of reports, Flip had passed away from an alleged gunshot. Since then, many have speculated that he committed suicide- that the shot was self-inflicted. Despite the rumors, however, there has not been any concrete evidence to support the claims.

But wait, there’s more- according to others on the Discovery Channel’s official message board, the racer is said to have died after a nitrous bottle exploded in his face after being heated up. Similar to the initial rumor, however, there has been no evidence to back it up.

Regardless of how he died, however, it stands that a precious life was lost. Following the tragic incident, many of Flip’s fans took to social media to express their condolences and sympathies to his family. A father of four, he left behind his wife Morgan Amber and children Bennett William, Dresdyn Rinot, Remy J, and Tovey Gene. A few days after the tragic discovery, his body was cremated in Hinton Cemetery in Caddo County, Oklahoma.

Have there been any new updates regarding his cause of death? Unfortunately, no. Despite the fact that several years have passed since he died, we are no closer to knowing the exact cause of his death, than when it happened in 2013. Understandably, his family has not wished for the cause of his death to be publicized.

Considering everything, all we can do now is to celebrate his life- what he had loved, and what we had managed to accomplish throughout his career. Surely for everyone, especially his family, his legacy lives on.

More About Tyler Priddy aka “Flip”

Born on November 30, 1981, in Chickasha, Oklahoma Tyler Priddy aka “Flip” was the son of Glenda and Gene Priddy. Growing up, he went to Hinton Elementary, after which he attended Putnam City High School in Warr Acres. Following his graduation, he worked as a warehouse manager for Warren Caterpillar, one of the country’s largest car dealers.

For many years, he had enjoyed racing- especially drag racing. Like most racers, he drove a number of cars- including an El Camino and a Mustang. Eventually, he was met with a huge opportunity- he was cast in Street Outlaws, a reality series that centered around street racing in the United States. With that, he was able to share his passion of racing with the rest of the world.

Premiered on June 10, 2013, on the Discovery Channel, the main cast of Street Outlaws included several other racers- for instance, Murder Nova, Chuck, Varley, Farmtruck, and Shawn, to name a few. Over the course of the first season, many of Flip’s races were featured.

Tragically, however, the 31-year-old racer had been found dead in his Oklahoma home just a few weeks before the show’s premiere. In the end, it wasn’t until a few weeks after his death, that Street Outlaws premiered on television. Despite the fact that he was already no longer with us during the series’ run, his races proved to be popular among viewers and fans. As far as we know, he had not appeared on any other television show, aside from Street Outlaws.

Not long after his passing, rumors began to surface on the internet that Flip had died from a self-inflicted gunshot wound. While it’s one of the most popular rumors, there has not been any strong evidence to prove this theory- that has been revealed to the public, anyway. If anything, it’s understandable that the racer’s family has chosen not to disclose the manner of his death.