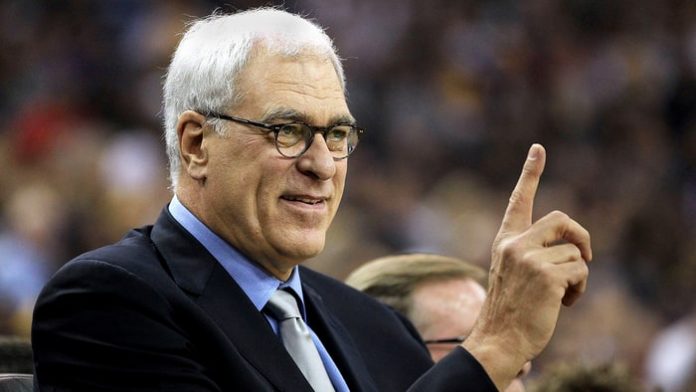 A former basketball star, Phil Jackson enjoyed a successful NBA career throughout the 60’s and 70’s. After playing for the New York Knicks for over a decade, he joined the New Jersey Nets for two seasons, before announcing his retirement in 1980.

From there, he began to work as a coach. Initially an assistant for the New Jersey Nets, he later also worked with the Albany Patroons, Chicago Bulls, and Los Angeles Lakers. Inducted into the Hall of Fame, he currently holds the record for having the highest winning percentage; not only that, but he is the only coach to have won over ten championships in North America.

How wealthy is the NBA executive?  How much did he make as a player? As a coach? How is he doing for himself nowadays? According to various online sources, Phil Jackson’s 2018 net worth sits at approximately $70 million. Where did he earn this fortune from? We’ll be taking a look at the answer to that question below.

How did Phil Jackson Make Her Money & Wealth?

Born on September 17, 1945, in Deer Lodge, Montana, Phil Jackson was brought up in a remote area of Montana, with his three siblings. As a student, he went to high school in Williston, North Dakota, where he was an active member of the varsity basketball team. Aside from that, he also played baseball, as well as football.

After graduating, he went to the University of North Dakota, where he continued to play basketball. From there, he was eventually drafted by the New York Knicks in 1967; thus began his NBA career. A top player, he quickly established himself as a fan favorite. In the end, he played for the team for over a decade, until 1980. By then, he already had a substantial fan base.

Following his retirement, he pursued a successful coaching career. Initially hired as an assistant coach for the Chicago Bulls, he was eventually promoted to head coach by the end of the 1980’s. During his time with the Bulls, the team successfully made the playoffs every year; in fact, they only failed to win the NBA title three times.

In 1999, Jackson began to coach the Los Angeles Lakers. According to reports, he was paid an alleged $6 million per year. With his coaching, the team successfully cemented their place in the league; by 2004, he had sought to double his salary to $12 million.

In addition to what he’s earned as a professional basketball player and coach, he has also authored a number of books over the years, some of which include Take it All, Sacred Hoops, More Than a Game, and The Last Season. His most recent title, Eleven Rings: The Soul of Success came out in 2013.

A familiar face on television, he’s appeared in countless programs throughout the years. For instance, he’s been featured in the shows Mike and Mike in the Morning, When the Garden Was Eden, 30 For 30, and The Tonight Show with Jay Leno. According to IMDb, he most recently worked on a documentary titled, Rodman, which is to be released later this year.

No, Phil Jackson is currently single. Up until 2016 however, he was engaged to Jeanie Buss. In the past, he has been married twice; his ex-wives include Maxine and June.

Does Phil Jackson Have Any Children?

Yes, he has five children from his previous relationships.

Did Phil Jackson Go to College?

Yes, he did. After high school, he went to the University of North Dakota, where he played for the Fighting Sioux.

What is Phil Jackson Famous For?

Phil Jackson rose to fame as a professional basketball player in the late 1960’s as a member of the New York Knicks. Following his retirement, he made himself known as a coach.

Unfortunately, we do not have any details on Phil Jackson’s location at this time, nor do we have any pictures available of his home.

What Kind of Car Does Phil Jackson Drive?

We do not have any information on Phil Jackson’s vehicle at this time.

How Much Money Did Phil Jackson Make Last Year?

Information on Phil Jackson’s 2017 earnings is not available.

According to IMDb, Phil Jackson will be appearing in a few upcoming documentaries including Rodman, The Flow, and Four Square Miles to Glory, all of which are currently in the works.

In terms of basketball, he recently parted ways with the Knicks on June 28, 2017.

Did you know that the basketball coach is active on social media? That’s right, you can follow Phil Jackson Twitter at @PhilJackson11.