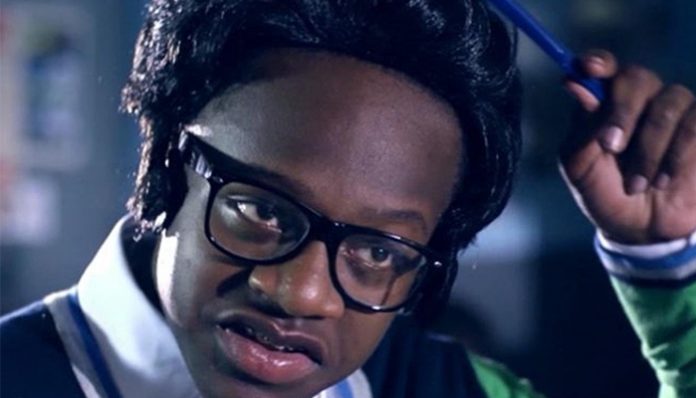 A New Orleans rapper, Lil Chuckee was only nine years old when he signed to Lil Wayne’s music label, Young Money. Since then, he has released several hit songs such as Girl I Got You, Back It Up, and Bills, among several others.

In addition to his solo works, the twenty-something has collaborated with several high-profile artists such as Juvenile, T.I. Nelly, and Yung Joc, to name a few. Not only that, but he has worked with his Young Money label mates on a few tracks over the years such as Finale and Where’s Wayne, all of which are popular among fans.

How wealthy is the hip-hop artist? How much money does he bring home from his records? How lucrative is his music career? According to various websites, Lil Chuckee’s 2018 net worth sits at around $2.5 million. Did he earn the majority of this from his singles? What other streams of revenue does he have? Let’s take a look.

How did Lil Chuckee Make His Money & Wealth?

Born on October 1, 1995, in New Orleans, Louisiana, Lil Chuckee was discovered by Lil Wayne during a video shoot at the age of nine. The youngest rapper to sign to his Young Money label, he promptly went on to release a handful of mixtapes including Charles Lee Ray and Rappers Market, among others. By the time he was sixteen, he already had a number of projects to his name.

A year later, the rapper went on to release an album titled, The Cypher. Produced by Paul Shawty Beats, it featured guest appearances from K-Major and Kevin Gates. Some of the tracks that it gave rise to include Chuckee Speaks, Billionaire Ideas, King Tut, I’m Good I’m Gucci and Big Ole Big Ole Booty (Remix). To this day, it remains to be one of his most popular releases to date, with tens of thousands of streams online.

From there, he dropped his next title Overdue in 2014. Featuring Kidd Kidd, Chuck Marley, and 3D Na’Tee, among a couple of others, it boasted several new tracks such as In the Mixx, Call You Back Ma (Fu Speaks), Lil Brudda, and Grandfather Speaks.

In addition to his solo endeavors, the twenty-something has done many collaborations with acts such as Lil Wayne, Young Money, Big Bang, and Jay Lewis over the years. For instance, he has landed features in the songs YM Salute, Ride With Me, Money Kisses, Crew Love, and Cars Athlete, all of which have been praised by fans.

In fact, most of his recent works have been in the form of guest appearances. So far this year, Lil Chuckee has been featured in a number of singles including Yung Nation’s I Want It, DJ Hotday’s Crew Love, Jay Lewis’ Back Around, Darnell Robinson’s Go Wild and DJ Hektik & DJ Green Lantern’s Unstoppable, to name a few.

Considering everything that we’ve said above, it’s easy to see how he could have pulled in a decent amount of money from his records, both from his solo efforts and collaborations.

As far as we know, Lil Chuckee is not married. Having said that, it’s unclear whether or not he is currently in a relationship.

Does Lil Chuckee Have Any Children?

No, Lil Chuckee does not have any children that we know of.

Did Lil Chuckee Go to College?

No, as far as we know, Lil Chuckee has not attended college.

What is Lil Chuckee Famous For?

Lil Chuckee is perhaps best known for his collaborations, some of which he did with big-time artists such as Lil Wayne and Birdman.

Not only that, but he is also noted for his mixtapes that he’s dropped over the years.

As far as we know, Lil Chuckee currently resides in his hometown in New Orleans. We do not have any additional information on his location at this time.

What Kind of Car Does Lil Chuckee Drive?

Unfortunately, we do not have any information on Lil Chuckee’s vehicle at this time.

How Much Money Did Lil Chuckee Make Last Year?

As mentioned earlier, Lil Chuckee landed a number of features this year, some of which include the songs Go Wild, Back Around, Da Wop, I Want It, and Crew Love.

Want to know what the rap artist is up to? How about giving him a follow? You can find Lil Chuckee on Twitter and Instagram at @LilChuckee. For the latest updates and more, don’t forget to also check out his official Facebook fan page here.