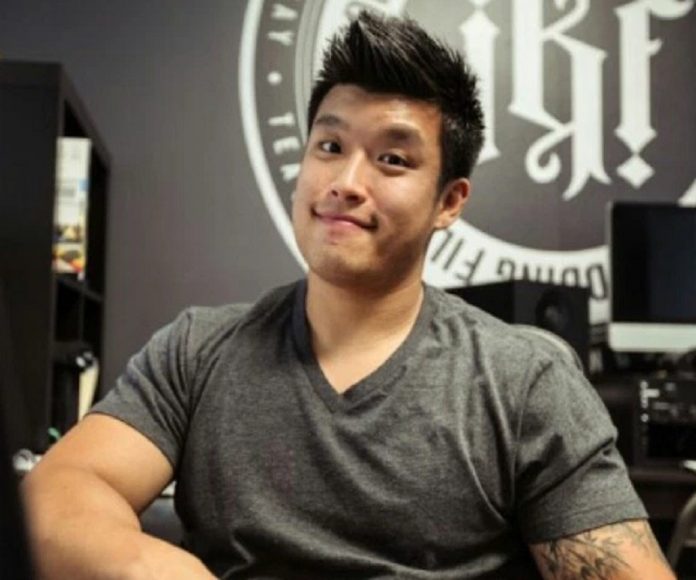 Bart Kwan is a Taiwanese-American vlogger, fitness personality, and businessman best known for the YouTube channels JustKiddingFilms, JustKiddingNews, and JustKiddingGamer. Kwan has been making videos with JustKiddingFilms since 2007 after he and his best friend Joe Jo joined forces. He also runs a vlog channel with his wife Geovanna Antoinette. Kwan’s three channels have a combined 3 million subscribers and counting.

Bart Kwan has been making videos on YouTube since the platform’s early days. The channel was created with his friend Joe Jo in 2007. became particularly popular around 2012. Kwan then joined forces with Jo to create JustKiddingNews, a satirical take on daily happenings all over the world. In 2013, Kwan decided to build a career around his lifelong love of fitness and opened the Barbell Brigade Gym in Los Angeles. He also runs an apparel line and YouTube channel for his gym.

How Did Bart Kwan Earn his Money and Wealth?

Bart Kwan was born in Monterey Park, California on November 18th, 1985. His full first name is actually Barton. His parents are from Taiwan. Since Kwan was always a class clown type growing up, he was naturally drawn to YouTube. While he was attending UCLA with his best friend Joe Jo, the duo decided to join forces to create a comedy channel. They began posting videos on their channel JustKiddingFilms in 2007.

Roughly around 2012, many videos Bart Kwan and Joe Jo collaborated began attracting widespread attention. JustKiddingFilms is particularly known for its satirical portrayals of Asian stereotypes, which Asian Americans Bart Kwan and Joe Jo experienced themselves growing up. Parody skits of the friend’s daily life gained millions of views. The duo’s best-known videos are “Sh*t Asian Moms Say” and “Sh*t Asian Dads Say”. Kwan and Jo’s videos even attracted the attention of YouTubers like NigaHiga, whom they collaborated with on several occasions.

In 2013, Bart Kwan decided to focus on his love for fitness. Kwan and his wife Geovanna Antoinette opened the Barbell Brigade gym in Los Angeles, California. They also created an apparel line with the same name. After the couple got married, they created a YouTube channel for vlogs, brand updates, and success stories from members of their gym.

Bart Kwan and his wife Geovanna Antoinette (known to fans as “Geo”) had actually been vlogging together before opening their gym. They created the vlog channel Bart and Geo in 2010, documenting the events of their daily life, each with a healthy dose of fun and humor. The Bart and Geo channel also offer a window into the couple’s fitness journey and the process of creating opening their gym.

As of 2018, Bart Kwan is primarily focused on the operation of the Barbell Brigade Gym and apparel company. He continues to make videos with JKNews and JKParty and frequently posts family vlogs with his wife and child. Kwan still has a very dedicated fanbase – he has over 3 million subscribers across all of his channels.