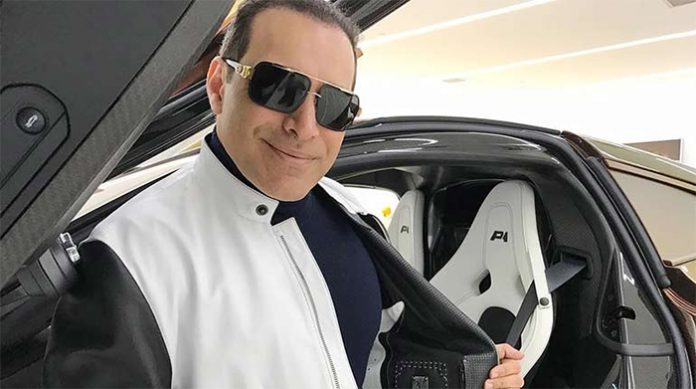 A self-made millionaire, Manny Khoshbin has been involved with the real estate market since his early twenties. As the president of The Khoshbin Company, he has sold over 2,000,000 square feet of property across the United States. If anything, his career has proved to be extremely successful.

In addition to being a real estate investor, he is also somewhat of a social media personality. Not only does he have over 700,000 followers on Instagram, but he has also amassed thousands of subscribers on YouTube. In fact, he has gained a reputation for sharing his luxurious lifestyle online.

How rich exactly is the 47-year-old? How much has he pulled in from his real estate business? From his other ventures? According to the information that we could find, Manny Khoshbin’s current net worth is close to $45 million. Did he earn the majority of this fortune from selling properties in the U.S.? Let’s have a look at this question below.

How did Manny Khoshbin Make His Money & Wealth?

Born on January 14, 1971, Manny Khoshbin spent many years in his native Iran, before immigrating to the United States at the age of fourteen. While in high school, he often sold used goods at swap meets on the weekends to make extra money. Ultimately, it wasn’t until he was sixteen that he landed his first job at Kmart, where he was paid an hourly wage of $3.15. A diligent worker, he was eventually promoted to Assistant Manager after just a year.

Wanting more than just a salary, he eventually began to explore other opportunities. A few years later, he started his own business at the age of eighteen. With the money that he had earned, he leased a small office from which he sold bags of nuts and fruits to auto service/retail centers. While successful, however, he was later forced to shut it down due to the cost of upgrades.

After a couple of failed investments, he decided to obtain a real estate license in 1992. From there, he began to work as a loan officer for a mortgage company. Realizing his knack for selling properties, he eventually started his own realty company in 2004.

Since then, the company has grown at an extraordinary rate. Incredibly successful, they’ve since sold over 2,200,000 square feet of property across the U.S. The president of The Khoshbin Company, he currently handles all aspects of the business including acquisitions, material transactions, and dispositions.

Considering all that’s been said above, it’s easy to see that he earned most of his current wealth from the success of his real estate business. In terms of other ventures, Khoshbin has also authored a book titled, How to Build Your $100 Million Real Estate Portfolio From the Ground Up, which offers readers some great insight on what to keep in mind when playing with real estate.

In terms of other projects, he’s also fairly active on social media. In fact, he has amassed more than 740,000 followers on Instagram to date. Since 2015, he has also been uploading videos to YouTube.

Does Manny Khoshbin Have Any Children?

Did Manny Khoshbin Go to College?

Yes, Manny Khoshbin went to college. In fact, he had launched his first business just two weeks into his college career.

What is Manny Khoshbin Famous For?

As far as we know, Manny Khoshbin currently lives with his family in Newport Coast, California. We do not have any pictures of his house at this time.

What Kind of Car Does Manny Khoshbin Drive?

It’s no secret that Manny Ramirez has an impressive car collection. The last that we’d heard, he owned a 2016 Pagani Huayra (Hermes Edition), 2015 Porsche Spyder, 2014 Mclaren MK Edition P1, among numerous others. For more on his supercars, you can visit his YouTube channel here.

How Much Money Did Manny Khoshbin Make Last Year?

Information on Manny Khoshbin’s 2017 earnings is not available.

Last month, Manny Khoshbin collaborated with Christian von Koenigsegg to build “the ultimate Agera.” Not only does it feature 24k gold leaf accents, but it comes with a twin turbo V8 engine, which gives at least 1,400 horsepower.