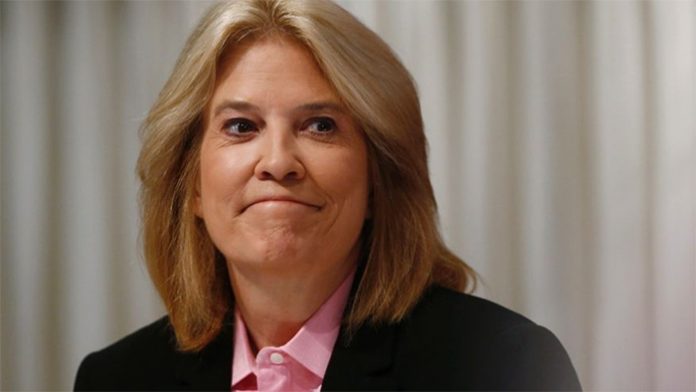 Greta Van Susteren is a news anchor who initially made herself known as a legal analyst during the O.J. Simpson murder trial in the early 90’s. Since then, she has worked for several networks including NBC News, Fox News, and CNN. For over a decade, she also hosted Fox’s On the Record w/ Greta Van Susteren.

One of the most powerful women in the world according to Forbes, her show was the most-watched cable news program for several years. Despite this, she abruptly resigned from Fox News in 2016. Though she later went on to work for MSNBC, her program there, For the Record with Greta was eventually also canceled.

What has she been up to since? Is she still involved as a news anchor? If so, what shows have she been working on as of late? Let’s try to tackle these questions below.

In 2016, Greta Van Susteren, one of the top anchors on Fox News, surprised everyone with her departure. According to reports, a courier had hand-delivered two letters to her Washington homeーits contents? That she was to be taken off the air immediately.

At the time, Van Susteren had already been planning to leave the news channel, however, she’d thought that she would at least be continuing her program for a few more weeks. What had led her to be fired? Allegedly, Murdoch, the founder of Fox News, had disliked her recent attempt to renegotiate her contract with the network. As a result, she received an unusual courier visit on the morning of Tuesday, September 6, 2016.

Shortly afterward, the entire On the Record website, along with her biography and blog, was completely deleted. With that, her entire existence was essentially erased from Fox News.

In regards to what she had planned, Van Susteren had initially wanted to renegotiate the terms of her contract after chief Roger Ailes resigned from Fox News earlier in the year. In the end, however, there was a financial disagreement, and she was sent the two letters via courier.

A few months later, it was announced that she had signed on with NBC News in early 2017. More specifically, she was to anchor a new television program on MSNBC titled, For the Record with Greta. Premiered on January 9, 2017, it aired for several months before being canceled on June 29, 2017. As to why it was canceled, its low viewership most likely played a part.

As it’d happened, she was eventually let go by MSNBC, after being with them for just a few months. Her second time in less than a year, the anchor had confirmed her departure from the network with a post on social media that read, “I am out at MSNBC.” According to reports, Phil Griffin, the MSNBC president, had informed her of the decision in person. In the end, she was permanently replaced by Ari Melber.

As far as what she’s up to nowadays- it was recently announced that she would be hosting a new show called Plugged In With Greta Van Susteren on Voice of America on a volunteer basis (for those who are unaware, she had joined the radio network last fall).

According to Voice of America’s YouTube page, Plugged In With Greta Van Susteren discusses various aspects of the US policy by interviewing various opinion shapers and policymakers. For those who are interested in tuning in, a new episode is uploaded every Wednesday.

In terms of television appearances, she most recently appeared as a guest co-hostess on The View earlier this year. In 2017, she had also worked on Meet the Press, and of course, For The Record.

Born on June 11, 1954, in Appleton, Wisconsin, Greta Van Susteren grew up in her hometown, where she attended Xavier High School. After graduating, she attended the University of Wisconsin-Madison, where she majored in economics and geography. From there, she earned a J.D. from the Georgetown University Law Centre.

In the early 1990’s, she gained attention after being featured as CNN’s legal analyst for O.J. Simpson’s murder case. Not long afterward, she became the target of a highly publicized bidding war between Fox and CNN. Opting to go for the latter, she eventually received her own show, On the Record with Greta Van Susteren in 2002. Throughout its 14-year run, the anchor conducted numerous major interviews with individuals such as George W. Bush and Bill Clinton.

As mentioned earlier, however, she was eventually let go in 2016. From there, she signed on with NBC News, who gave her her own show, For the Record with Greta on MSNBC. Within just a few months, however, the program was canceled- allegedly due to low ratings. Around that same time, she was let go again.

Several months later, it was announced that she had joined the radio network, Voice of America. Currently, she hosts the show Plugged In With Greta Van Susteren, which airs on a weekly basis.