What Happened to Jimmy from Shameless? 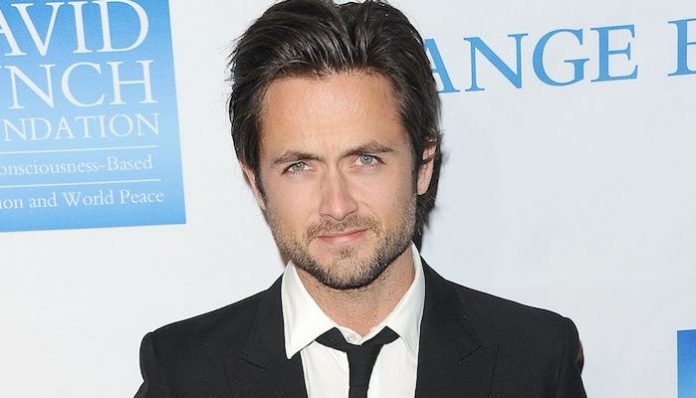 Shameless has been a Sunday night fix for followers of the dysfunctional Gallagher family since 2011. It’s difficult to maintain an audience in the World of TV, but the Showtime comedy-drama has been picking up new fans every season, and the finale of season 8 was watched by over two million of them. Shameless has been renewed for a ninth season, due to be aired sometime around October 2018, but there’s one question that long-time fans of the show are already pondering? Will Jimmy from Shameless come back to continue his turbulent on-off relationship with Fiona?

Jimmy Lishman, played by Canadian actor Justin Chatwin, made his début on the first episode of Shameless. He was in a club when he saw Fiona’s purse get snatched, and he chased after the thief. He didn’t manage to catch him, but he did manage to hit it off with Fiona instantly when they met, and the tension between them was electric. Of course back then he was going by the name of Steve Wilton, or occasionally Jack, and at first, Fiona thought that he was a respectable businessman with a great job, but in the twisted World of Shameless things are never that simple.

Steve/Jimmy/Jack was earning great money at the time in a career he excelled at, but it was as a car thief, and Fiona was attracted to his rebellious nature. Jimmy was from a rich family who thought he was studying at medical school, but instead he was still in Chicago living beyond the law. In season one he began his relationship with Fiona and even bought the house next door to the Gallaghers so that he could stay close to her, but by the end of the season Tony threatened to expose him, and Jimmy went off to South America in the hope that Fiona would follow him.

Of course, Jimmy returned, in season two he was back with Estefania, his new Brazilian wife, who he had only married in order to get her into the United States. During the season he attempted to get back together with Fiona several times while he was still ‘married’ to Estefania. Jimmy visited the Gallagher household often, bringing donuts and treats for the kids, even though Fiona claimed she wanted nothing more to do with him. Jimmy let Lip stay at his house when he ran away from home and started doing some business with Fiona’s little brother, and eventually, his persistence paid off. In the season finale, Jimmy and Fiona officially got back together, and they began dating again.

Season three brought a whole new bunch of problems for Jimmy from Shameless. Estefania’s father, a South American drug-lord, turned up and promptly got rid of Estefania’s boyfriend Marco by shooting him in the head as soon as he met him. Jimmy was enlisted to help dispose of Marco’s body, and he and Estefania’s father went out on the Great Lakes to get rid of him. While they are out there Jimmy was told that Estefania will become a US citizen in five years time, as long as she was still married to Jimmy. He was terrified that her father would have him killed if he didn’t agree to stay with her, so he returned back home with even more problems. After Estefania was deported, Jimmy was once again taken for a boat ride by her father, and the season ended with Jimmy’s fate unknown, although it was implied that he had met his end at the hands of the drug-lord.

The Return of Jimmy from Shameless (Seasons 4-5)

Presumed dead for the entirety of season 4, Jimmy finally makes a brief appearance in the finale. He and a mystery woman arrive outside the Gallagher household, but Jimmy doesn’t want to go inside, and they leave. In season 5 he is finally reunited with Fiona and they have sex in the restaurant where she works. Fiona admits to her husband Gus that she cheated on him, and he wants to meet Jimmy. The meeting goes predictably badly, with Gus punching Jimmy in the face. Eventually, Jimmy and Fiona go their separate ways once again, and Jimmy disappears seemingly forever, but since then fans of the show have been wondering if Jimmy will return to spice up Fiona’s life once again.

Showtime announced that Shameless will be returning for a ninth season in February 2018, and it’s predicted that the show will return to our screens sometime around October or November this year, although the show was absent for more than a year before season eight began, so fans of the show may have to wait until early 2019 before the latest Gallagher family shenanigans are aired.

Showtime has confirmed that all the main characters will be returning, with only Isidora Goreshter, who plays Svetlana Yevgenivna Fisher, confirmed to be leaving the show after season eight. So far there has been no word about the long-awaited return of Jimmy, and although Fiona has been dating the Irish woodworker Ford, there’s still a Jimmy-sized hole in her life.

Justin Chatwin, who plays Jimmy, isn’t giving anything away either. So far in 2018, he has starred in ‘In the Cloud’, a sci-fi thriller, alongside Gabriel Byrne, which was released in February, and he also starred in ‘The Assassin’s Code’, a thriller which was released in April. Later this year he will be appearing in ‘Summer Night’, a coming-of-age romantic comedy which is currently in post-production. Justin is also believed to be involved in the long-awaited fantasy adventure movie ‘In the Lost Lands’, but that’s been in development since at least 2014, so it’s not going to stop him filming for Shameless if he is due to return.

So until Showtime, Justin, or other cast-member lets something slips, fans of Shameless will just have to wait until season nine to see if Jimmy will be back on the show. Showtime was so determined to keep his return in season 4 a secret that they stashed him away in a hotel room before filming his scenes so that even other Shameless cast members wouldn’t know that his character was poised to make a return. As one of the most popular characters, his return would be guaranteed to be welcomed by fans, and his recent appearance at the Shameless 100th episode party generated some excitement, but with the wild and wacky storylines of Shameless, you can just never tell what’s going to happen next.