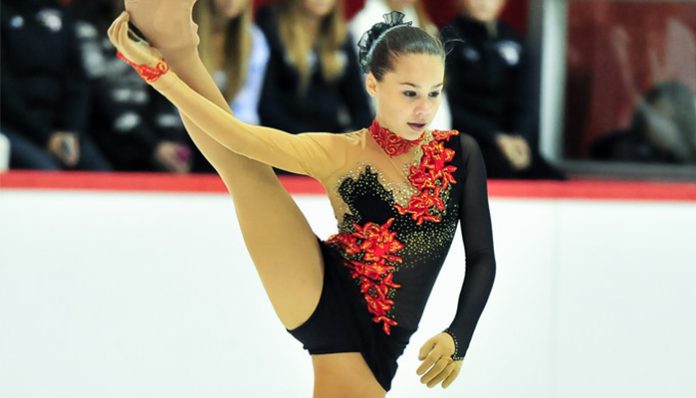 A competitive figure skater, Michaela Du Toit gained attention after playing the lead role in the feature film, Ice Girls in 2016. Despite never having acted previously, her performance in the original movie was praised by many; in fact, it remains to be her only acting credit to this day.

As you can probably expect, she’s more so occupied with her competitive figure skating career. A skater since the age of six, she has spent countless hours on the ice over the years. In terms of notable accomplishments, she most recently finished in third place at the Open d’Andorra international skating event in 2016.

How much was the young skater paid for her role in the Family Channel Original Movie? Is figure skating a lucrative sport? How wealthy is the 18-year-old today? Unfortunately, we do not have any information available on Michaela du Toit’s 2018 net worth at this time. Having said that, since we’re here, let’s go ahead and take a better look at her career.

How did Michaela du Toit Make Her Money & Wealth?

Born on January 10, 2000, in Toronto, Canada, Michaela du Toit began skating at the age of six. Though she initially played hockey, she eventually switched to figure skating a few years later. In 2012, she even had the opportunity to be one of the flower girls at the European Championships. Aside from spending time on the ice, she also enjoys other activities such as reading and playing the piano.

Coached by Inga Zusev and Andrei Berezintsev at the Richmond Training Centre in Richmond Hill, she quickly moved up the ranks as a figure skater. Within a few years, after she entered high school, she competed in three separate international events, including the Bavarian Open Oberstdorf, where she placed third on a podium for a bronze finish.

Fast forward a couple of years, and she landed a starring role in the television movie Ice Girls. Her television debut, the movie premiered on the Family Channel on March 11, 2016. Centered upon figure skating, it followed the life of a girl in her mid-teens, played by du Toit, who struggles to find confidence again.

Written and directed by Damian Lee, the film also starred Taylor Hunseley, a fellow Canadian figure skater. Other members of the main cast include Lara Daans, Arcadia Kendal, Sheila McCarthy, and Natasha Henstridge.   A whole new experience for du Toit, who hadn’t acted previously, she found many similarities between herself and the character that she played, Mattie, which ultimately helped her immerse into the role.

Generally well received, Ice Girls remains to be the skater’s only acting credit. Unfortunately, it’s not known how much she was paid for the starring role at this time.

Since the film, the skater has returned back to competitive ice skating. Over the past couple of years, she has competed in several international competitions including the Autumn Classic International, Golden Bear, and Reykjavik Games. In 2016, she also competed in the Open d’Andorra, where she successfully won a bronze medal.

No, the 18-year-old is currently not in a relationship. Having said that, not much is known about Michaela du Toit’s personal life.

Does Michaela du Toit Have Any Children?

No, the 18-year-old skater does not have any children.

Unfortunately, not much is available on Michaela du Toit’s education background. Having said that, considering her age, it’s likely she has not yet attended college.

What is Michaela du Toit Famous For?

Michaela du Toit gained widespread attention after starring in the television film, Ice Girls, which premiered on the Family Channel in 2016.

Aside from that, she’s mostly known for her competitive figure skating.

Michaela du Toit currently lives with her family in Toronto, Canada, where she continues to train as a competitive figure skater. We do not have any further details at this time.

What Kind of Car Does Michaela du Toit Drive?

No information available regarding vehicle.

How Much Money Did Michaela du Toit Make Last Year?

Earnings are not available.

Last year, the 18-year-old skater competed in the FBMA Trophy event, where she finished tenth overall. Prior to that, she had won a bronze medal at the 2016 Open d’Andorra competition.

Want to keep up with the figure skater’s activities? If so, how about following Michaela du Toit on social media? You can find the teen on Instagram at @Michaela_dt or on Twitter at @MichaeladuToit.