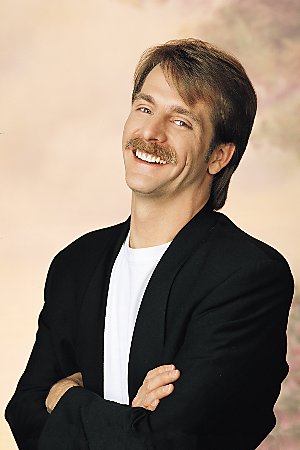 If you’re Jeff Foxworthy, you just might be a redneck. In fact, Jeff Foxworthy is a redneck and is also one of the most successful comedians of all time. Foxworthy is known as the king of “Blue Collar Comedy” for his relatable brand of observational comedy. His popular “You might be a redneck if…” gimmick is one of many routines that have made him unforgettable amongst millions of Americans, no matter if they’re rednecks or not. Foxworthy has also recorded 6 comedy albums and has been the host of Are You Smarter Than a 5th Grader? From 2007 to 2011.

Jeff Foxworthy’s unique brand of goofy everyday comedy has led him all over the world and won him a special place in the hearts of all Americans. At his peak, he made 11 million per year. He has also released a series of best-selling novels about his life and career. Foxworthy also owns his own outdoor apparel company, Foxworthy Outdoors.

How Did Jeff Foxworthy Earn his Money and Wealth? 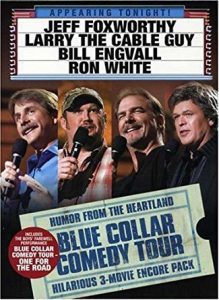 Jeff Foxworthy was born in Atlanta, Georgia on September 6th, 1958 to Carole Linda and Jimmy Abstance Foxworthy. His father was an IBM executive while his mother tended to the home. Like his father, he had an interest in computer and technology. Foxworthy worked at IBM for 5 years before his comedy career.

While working at IBM, Jeff Foxworthy was well liked by his coworkers for his sense of humor. One day in 1984, they dared him to compete in the Great Southeastern Laugh-off, hosted at the famous Atlanta Punchline comedy club. After a few years stirring up homestyle chuckles at local comedy clubs, Foxworthy abandoned his mainframe computing career for a fruitful lifetime in comedy.

By 1990, Jeff Foxworthy was a well-known comedian. It wasn’t until the creation of his famous “You Might Be a Redneck” schtick that he became a worldwide star, however. Following a visit to a bowling alley with valet parking, the irony inspired Foxworthy to make a list of things that rednecks do. When Foxworthy took first his list of redneck jokes to the stage, a career trademark was established – and blue collar comedy history was made.

Jeff Foxworthy saw his career explode in the late 90’s – at the time, country music was booming in popularity. Many country singers found Foxworthy’s humor relatable, and some even invited him to open for their concerts. His 1993 comedy album You Might Be a Redneck If… sold 3 million copies as result of the redneck craze.

In 1995, Jeff Foxworthy made his television debut with The Jeff Foxworthy Show on ABC The show only lasted for one season, before NBC picked it up for a second season. However, they too dropped the show. Foxworthy semi-humorously remarked that his routine was “too Southern” for the mainstream, and also that his show was poorly marketed. Foxworthy’s TV career wasn’t over- he later went on to host “Are You Smarter Than A 5th Grader?” from 2007 to 2011.

Jeff Foxworthy experienced a sudden popularity boost in the early 2000s during his Blue Collar Comedy Tour with Bill Engvall, Larry the Cable Guy, and Ron White. Although the tour was scheduled for brief run of 20 years, it was so popular the southern quartet extended it over three years, popularizing the term “Blue Collar Comedy” in the process. In 2004, Foxworthy launched Blue Collar TV on Comedy Central and WB.

As Jeff Foxworthy’s career began to slow down, he shifted his focus more towards novels and radio. He penned his first book, the autobiography No Shirt, No Shoes, No Problem! in 1996. He returned to writing in 2005 with Jeff Foxworthy’s Redneck Dictionary: Words You Thought You Knew the Meaning Of. He released two more iterations of the book the next two years. In 2008, he wrote the book Rednecks in College.