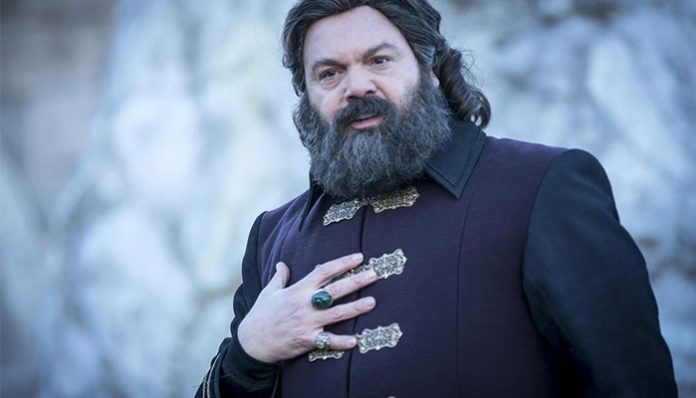 An award-winning actor, Vincent D’Onofrio rose to fame as Detective Robert Goren in the police procedural drama, Law & Order: Criminal Intent in the early 2000’s. Since then, he has appeared in several other series including Xavier: Renegade Angel, Emerald City, and Ghost Wars. Since 2015, he has also been playing the part of Wilson Fisk in Daredevil.

In addition to his work on television, he has starred in numerous films over the years. Some of his notable credits include The Whole Wide World, Men in Black, The Cell, Thumbsucker, and Jurassic World, all of which have yielded him industry awards. Most recently, he co-starred in the vigilante action film, Death Wish in March 2018.

How well paid is the veteran actor? How much does he make from his starring roles? How much has he made so far? According to various sources, Vincent D’Onofrio’s current net worth stands at around $16 million.

How did Vincent D’Onofrio Make His Money & Wealth?

Born on June 30, 1959, in Brooklyn, New York, Vincent D’Onofrio described himself as a “shy boy” growing up. Ultimately, it was during his teens that he developed an interest in acting, after having worked backstage at a number of community theaters, all of which were run by his father. After graduating high school, he attended the University of Colorado where he started to get involved with small productions. From there, he honed his craft at the Actors Studio and American Stanislavsky Theatre.

After participating in a few stage productions, he made his big screen debut in the 1983 film, The First Turn-On. However, it wasn’t until 1987 that he gained recognition for his starring role in Full Metal Jacket. A defining moment in his acting career, his performance eventually earned him a New York Film Critics Circle Award.

Over the next two decades, the actor took part in numerous movies including The Blood of Heroes, Household Saints, The Whole Wide World and Men in Black, to name a few. After focusing on film for many years, he started to branch out to television in the late 1990’s. In 2001, he received a breakthrough after being cast as Detective Robert Goren in the police procedural, Law & Order: Criminal Intent. Unfortunately, it’s not known how much D’Onofrio was paid for the role. With that said, it’s likely that his salary was nothing to scoff at.

Since then, the actor has also gone on to star in Daredevil, a web series that premiered on Netflix in 2015. Lauded for his performance, his portrayal has garnered him two accolades so far- a Saturn Award nomination and an Ewwy Award nomination for Best Supporting Actor.

In terms of film, he has also appeared in numerous titles over the past several years. For instance, some of his recent credits include The Judge, Run All Night, Jurassic World, Pele: Birth of a Legend, and The Magnificent Seven. Most recently, he played the part of Frank Kersey, one of the main leads in the vigilante action film, Death Wish.

Yes, he has been married to his wife Carin van der Done since 1997.

Does Vincent D’Onofrio Have Any Children?

He has three children; two sons with his wife and a daughter with his former partner, Greta Scacchi.

Did Vincent D’Onofrio Go to College?

After completing high school, he studied briefly at the University of Colorado before dropping out to pursue acting instead.

What is Vincent D’Onofrio Famous For?

Vincent D’Onofrio is perhaps best known for his portrayal of Robert Goren in Law & Order: Criminal Intent and Wilson Fisk in Daredevil. Aside from his television roles, he’s also appeared in numerous films throughout his career.

He currently lives in Gramercy Park, New York. We do not have any pictures or further details on his location at this time.

What Kind of Car Does Vincent D’Onofrio Drive?

Details on Vincent D’Onofrio’s vehicle are not available.

How Much Money Did Vincent D’Onofrio Make Last Year?

At this time, we do not have any information on Vincent D’Onofrio’s annual salary.

Aside from his appearances in Daredevil, he recently played a supporting character in the paranormal action drama Ghost Wars, which premiered on Syfy in 2017. On the big screen, his latest role was that of Frank Kersey in the film Death Wish.

What’s the actor up to nowadays? If you’re a fan, why not follow Vincent D’Onofrio on social media? You can find the TV star on Instagram and Twitter at @VincentDonofrio. If you’re on Facebook, you can also check out his official fan page here.