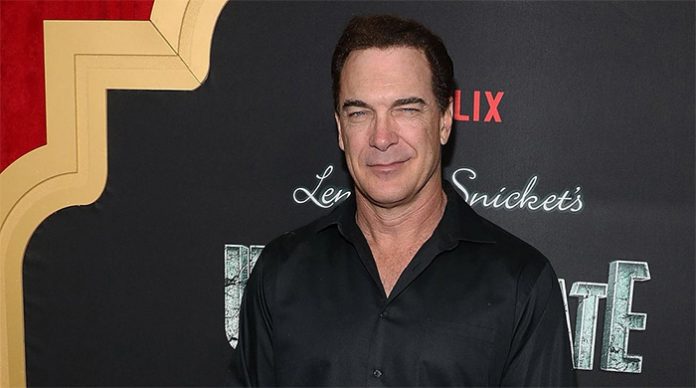 An award-winning actor, Patrick Warburton has worked on numerous TV shows including The Tick, Less Than Perfect, and Seinfeld, to name a few. Aside from live-action acting, he has also lent his voice to many series such as Space Chimps, The Little Engine That Could, and Planes: Fire & Rescue.

In addition to his work on television, he has made numerous film appearances in titles such as Divine Access, Ted 2, Bad Milo, and The Civilization of Maxwell Bright. Most recently, he played a couple of roles in the movies Animal Crackers and Austin Found in 2017.

How much has he earned from his acting career? How well-paid is he considering his many years of experience? How rich is the actor/voice-actor? According to what we could find online, Patrick Warburton’s current net worth stands at around $30 million. Where did the bulk of this fortune come from? His roles on television? Let’s take a look at this below.

How did Patrick Warburton Make His Money & Wealth?

Born on November 14, 1964, in Paterson, New Jersey, Patrick Warburton were raised alongside his three sisters in a conservative Catholic family in Huntington Beach, California. As a teen, he went to Servite High School briefly, before transferring to Newport Harbor High School. Afterward, he attended Orange Coast College, where he studied marine biology. Prior to completing his program, however, he dropped out to pursue acting.

In 1986, he landed his first, albeit minor acting role in the drama series, The Paper chase. From there, he made his feature film debut in a movie titled, Dragonard. Over the next several years, he made a number of television appearances in shows such as Anything But Love, Northern Exposure, Mad About You, and Designing Women. Ultimately, it wasn’t until 1995 that he played a series regular in the sitcom Dave’s World.

Some of the other TV series that he’s acted in include Seinfeld, NewsRadio, 8 Simple Rules, and Less Than Perfect. Aside from live-action acting, Warburton has also lent his voice to several animated characters, such as those in Buzz Lightyear of Star Command, The Ventures Bros., The Batman, Robot Chicken, and Scooby-Doo! Mystery Incorporated. Most recently, he voiced Captain Dog in the cartoon Puppy Dog Pals in 2017. Unfortunately, it’s unknown how much he’s paid for the above roles.

In addition to his work on television, Warburton has also worked on many films over the years. For instance, his credits include Ted, Movie 43, Playing It Cool, School Dance, and Larry Gaye: Renegade Male Flight Attendant. Most recently, he appeared as a supporting character in the satirical comedy film, Austin Found.

In terms of voice-acting, he has also lent his voice to characters in the movies Mr. Peabody & Sherman, Planes: Fire & Rescue, and Elephant Kingdom, among many others.

Speaking of voice-over roles, Warburton has also worked on over a dozen video games. Some of these include League of Legends, Tales from the Borderlands, Skylanders: Imaginators, and Poker Night 2.

Yes, he has been married to Cathy Jennings for over two decades.

Does Patrick Warburton Have Any Children?

Yes, he and his wife have four children together- Alexandra, Shane, Talon, and Gabriel.

Did Patrick Warburton Go to College?

Yes, he did briefly. After graduating from Newport Harbor High School, he went to Orange Coast College, where he majored in marine biology. Prior to completing the program, however, he dropped out to pursue acting instead.

What is Patrick Warburton Famous For?

In terms of live-action acting, Patrick Warburton is perhaps best known for playing Jeb Denton in Less Than Perfect, David Puddy in Seinfeld and Jeff Bingham in Rules of Engagement. As a voice actor, he is noted for providing the voice of Kronk in The Emperor’s New Groove series.

At this time, we do not have any information on Patrick Warburton’s abode, nor do we have any photos of his home.

What Kind of Vehicle Does Patrick Warburton Drive?

We do not have any information on Patrick Warburton’s vehicle at this time.

How Much Money Did Patrick Warburton Make Last Year?

Information on Patrick Warburton’s 2017 earnings is not available.

Earlier this year, he played the role of General Rick Stoner in the ABC superhero drama, Agents of S.H.I.E.L.D. Aside from that, some of his other current projects include the series A Series of Unfortunate Events and The Tick.

In terms of film, he appeared in the titles Animal Crackers and Austin Found last year.

As far as we can tell, Patrick Warburton is not active on Twitter and Instagram. Having said that, you can find him on Facebook over here.