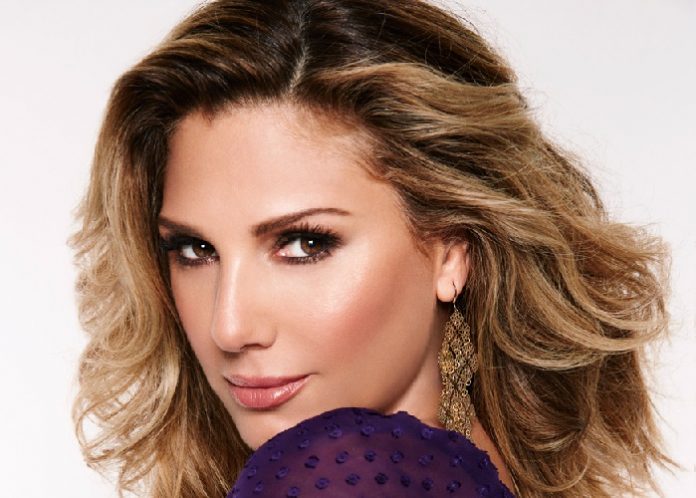 Daisy Fuentes is a Cuban born model, comedian, and TV presenter, who has built a business empire that earns millions per year. She was a model even before she left high school, and she was the very first Latina VJ on MTV during it’s most popular era. Daisy has since become known as a professional and popular master of ceremonies on a variety of TV shows, she’s hosted everything from America’s Funniest Home Videos to Miss Universe, but she’s also made her own impressive mark in the hyper-competitive World of fashion and Beauty.

But how much has Daisy Fuentes made during her career? And where does the majority of her wealth come from? Read on to find out.

How Did Daisy Fuentes make her money & wealth?

Daisy Fuentes was born in Havana, Cuba on November 17th, 1966. Her father was Cuban but her mother was Spanish, and that allowed her family to leave the troubled political climate of Cuba and relocate to Madrid, Spain when she was three years old. Daisy first learned to speak English from watching episodes of ‘I Love Lucy’, which made her childhood easier when her family emigrated to Harrison, New Jersey a few years later.

Daisy attended Harrison High School, where she was voted ‘Best looking’, as well as being voted as the homecoming queen. It wasn’t just her fellow students who noticed her beauty, by her senior year in high school Daisy had already been recruited for a few professional modeling jobs. Daisy graduated in 1984 with dreams of becoming a hairstylist and opening her own beauty salon, she enrolled in cosmetology school and began studying communications at Bergen Community College, but while she was there she got her first opportunity to work in TV.

Daisy was hired as a weather-girl at WNJU-TV 47, the New York affiliate of Spanish language network Telemundo. She presented the weather twice a night, but soon after moved over to the New York Univision affiliate WXTV-TV 41, where she not only presented the weather reports, but she also began covering a few news stories. In 1988 Daisy hosted a one-hour Spanish language music special for MTV, which aired in Latin America and nationwide on the Telemundo Network. It made her a familiar face to the Spanish speaking TV audience, and in 1993 she joined MTV as their first Latina VJ.

Now in 2018, MTV is much more of a corporate entity than it was in its early days. In the early 1990’s MTV was edgy, original and hugely popular with music fans. In those pre-internet days, it was comparable to the iTunes, Soundcloud, and Youtube of today. MTV had no real competition for the 15-25 age demographic at the time, and Daisy’s work hosting shows for MTV Latin America made her a familiar face to MTV fans Worldwide. Her naturally confident presenting style, soon saw her landing other roles, such as hosting the fashion and modeling show ‘House of Style’, as well as becoming a regular correspondent for the network.

Daisy’s popularity with MTV viewers soon saw her win promotional modeling contracts with various companies, and her TV career crossed over into mainstream TV. She landed her first role away from MTV and the news on the soap opera ‘Loving’ in 1992, and she hosted her own talk show on CNBC from 1994 to 1995. Daisy appeared on shows such as ‘Cybill’, Baywatch’ and ‘The Larry Sanders Show’, and she also became a recurring guest on several prime-time chat shows, appearing on Late Night with Conan O’Brien, the Late Show with David Letterman, and The Tonight Show with Jay Leno during the late 1990’s.

By the year 2000, Daisy Fuentes’ marketability as a well-known personality on TV saw her appear on shows such as The Sharon Osborne Show, and The Wayne Brady Show. She appeared on Hollywood Squares as a panelist thirty-five times between 2001 and 2004. Daisy hosted events as diverse as the World Poker Tour, and the Super Bowl’s Greatest Commercials in 2007, and she appeared in a number of TV documentaries and specials. Daisy hosted Miss Universe for the second time in 2004 and appeared on Oprah the following year, and she has continued to be a regular face on TV ever since. Now in 2018, Daisy has racked up over 100 TV credits, appearing as herself, most recently in the 2017 Hero Dog Awards, but surprisingly it’s not her prolific TV work that has contributed most to her personal fortune.

Daisy has appeared on many magazine covers during her career, and she has promoted beauty industry names such as Pantene and Revlon, as well as other endorsements for M&M’s and American Express, and it’s in the highly-competitive fashion and beauty industry that Daisy has created the biggest boost to her personal wealth. In 2004 she created her own clothing brand, and her line of clothing, accessories, and sunglasses have since become a well-respected fashion name.

In 2009 Daisy entered the hugely competitive, and hugely profitable, hair-care industry with the launch of her own hair-care line called ‘Daisy Fuentes Style Pro’. She followed that up with a licensing deal with eyewear manufacturer Zyloware, joining celebrities such as Randy Jackson and Sophia Loren, who have also signed up with Zyloware. Daisy’s fashion line and fragrances have since become a familiar fixture at Kohl’s department stores, where she sells around $300 million worth of products every year, which combined with the nationwide sales of her hair-care range, has boosted her personal wealth to an impressive $75 million.

Daisy married actor and model Timothy Adams in 1991, but the couple divorced in 1995. After her divorce, she met the Mexican singer Luis Miguel when she interviewed him for MTV, and they dated until 1998. In 2000 Daisy began dating British songwriter Matt Goss, and they were engaged in 2003. The couple lived together in Los Angeles, but they split up in 2010. On December 23rd, 2015 Daisy married for a second time, this time to singer/songwriter Richard Marx, who had a string of hits during the 1980’s and 1990’s, selling over 30 million records Worldwide. Richard was the first solo artist to make the top five of the Billboard Top 100 chart with his first seven singles, but even with his impressively successful career, his own personal net worth is only a fraction of Daisy’s, at $18 million.

Daisy’s share of the royalties from her fashion and hair-care brands is around $400,000 per year. She has also invested in real-estate, most notably a beach-front property in Malibu that she bought for $5.75 million back in 2013. The 3,900 square-foot home on Las Flores Beach is now rented out for an impressive $25,000 per month, which combined with her retail activities, and her TV appearances give Daisy an estimated annual income of at least $1 million per year. Daisy also authored a book in 2010, ‘Unforgettable You: Master the Elements of Style, Spirituality, and True Beauty’, and she continues to host events for Telemundo, most recently on ‘La Voz Kids’, the Spanish-language children’s version of The Voice, from 2013 to 2016.

Where does Daisy Fuentes Live?

Daisy still owns her home in the Hollywood Hills that she bought in 2005, but she’s now moved into her husband Richard’s impressive mansion on the shores of Lake Michigan in Illinois. The huge home was built in 1931 and is a 29,800 square-foot Georgian style mansion featuring seven bedrooms, set in five acres of landscaped grounds. The estate even its own private beach, and Richard can work from home in his 8,000 square-foot music studio, which is so big it even has its own kitchen.

Daisy is actively involved with several charities. She supports the Starlight Children’s Foundation and she has worked with Girls on the Run, which promoted healthy lifestyles to young women. She has supported the Revlon/UCLA Women’s Breast Cancer Research Program, and she was honored for her work promoting the cause of Breast Cancer at the Wellness Community Awards in 2010. Daisy is also a strong advocate for animal rights, and frequently highlights the mistreatment of animals on Twitter, where she is followed by 100,000 fans.