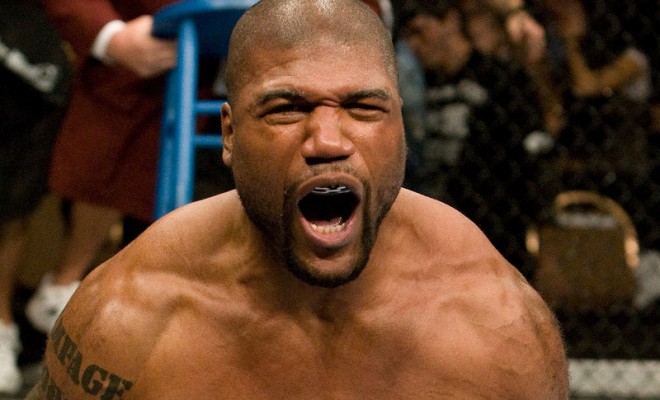 Quinton Rampage Jackson is a professional mixed martial artist and cage fighter from the United States. Known for his career with the UFC and his appearances in movies and commercials in the early to mid-2010s, Quinton is a legend in the mixed martial arts world with 50 fights under his belt. Read on more to find out about Rampage Jackson, his net worth, and his history in the octagon.

Rampage Jackson’s net worth is about what you would expect from a pioneer of combat sports. Not only does he have a long tenure and career as a professional cage fighter, but he has also diversified himself and begun a career as an actor and semi-internet celebrity. He also appeared part-time as a wrestler for American professional wrestling company, Total Nonstop Action Wrestling (where he likely was overpaid for his appearances, as the company has a history of financial and asset mismanagement).

Rampage Jackson lasted for 12 fights in the UFC and was a weighty competitor for the UFC Light Heavyweight Championship, which helped his bargaining power. His role as B.A Baracus in the new “The A-Team” film earned him more than $2 million.

How Did Quinton Rampage Jackson Make his Money and Wealth?

Quinton Jackson earned a reported $15 million over his 12 fight UFC career, which averages out to around $1.2 million per fight. This figure can be found from a recorded interview with Dana White back in 2013, where he discussed Rampage’s exit from the UFC. However, Rampage has recently signed with another mixed martial arts organization, Bellator, where he fights about once a year. 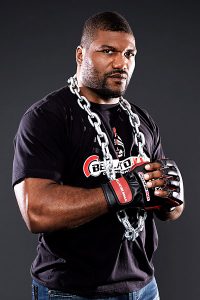 Rampage Jackson was a two-time UFC Light Heavyweight Champion, which secured him a minimum of $500,000 per fight. In addition, his high-profile fights with Chuck Liddell and Rashad Evans put him in the spotlight. Rampage has found some success in his acting career but is not billed for any upcoming movies. This could be because of his contract with Bellator MMA, where he has fought twice within the past two years.

Quinton Rampage Jackson was born in June of 1978 in Memphis, Tennessee. As a child, his family was dysfunctional and he turned to deal drugs. The nature of the business meant violence and many street fights, and Quinton eventually found solace as a wrestler. He enrolled as a freshman when he was 17 years old, and made friends with a light heavyweight practitioner who fought in karate tournaments at the time.

Quinton eventually made contacts and signed on to train with a gym out of Las Vegas. He would find early success in Japanese fighting organization, Pride. Pride Fighting marketed Rampage Jackson as a homeless person, and he took the persona and ran with it. He excelled at cutting promos (vignettes about a certain topic, relevant to the fights or that person) and became comfortable in a camera. It was in Pride that Quinton received his nickname of “Rampage.” 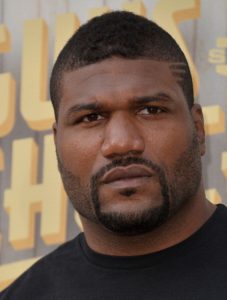 In 2007, Rampage Jackson would fight Chuck Liddell, another famous and world-class mixed martial artist. The two would ultimately have a rematch from a fight that happened in 2003. Rampage Jackson won the fight in less than two minutes and received the UFC Light Heavyweight Championship title.

Rampage Jackson would go on to defend his title once before controversy struck, as he was involved in a hit-and-run incident in California. This would remove him from the spotlight for a bit, but he would eventually return and fight in 2008. Rampage failed to capture the championship again, and would eventually announce a retirement.

The retirement did not last long, and in 2010, he would sign a six-fight contract renewal. However, he would face Jon Jones in 2011 for the light heavyweight championship but would lose that fight. In 2013, he then signed on with Bellator MMA and even appeared on TNA. He currently is signed to Bellator.

Outside of fighting, Rampage Jackson enjoys streaming on video game website Twitch.TV in his free time. Although the streams are scarce, he does interact with fans and answers questions about his career. He resides in Irvine, California with his wife and three sons.