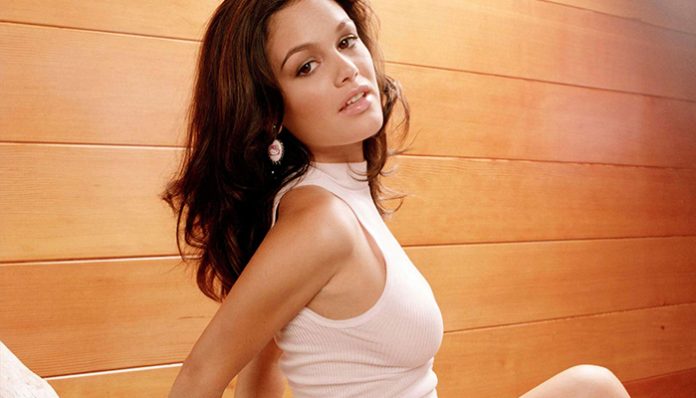 An American actress, Rachel Bilson rose to fame as Summer Roberts in the teen drama, The O.C. Praised for her performance, her portrayal had garnered her several awards including three Teen Choice Awards. To this day, it remains to be one of her most prominent television credits.

Since then, the blonde has appeared in several other shows including That ‘70s Show, Chuck, How I Met Your Mother and Nashville. In the early 2010’s, she also starred as Dr. Zoe Hart in the popular comedy series, Hart of Dixie. In terms of upcoming projects, she will be playing one of the lead roles in the ABC drama, Take Two later this summer.

How well-paid is the television star? How much did she make from her appearances on The O.C.? Hart of Dixie? How rich is she? To answer this question, it’s said that Rachel Bilson’s current net worth is around $16 million.

How did Rachel Bilson Make Her Money & Wealth?

Born on August 25, 1981, in Los Angeles, California, Rachel Bilson grew up in a showbiz family (both her father and grandfather were involved in the show business). After finishing high school, she attended Grossmont College in the suburbs of San Diego; prior to completing her program, however, she left to pursue a full-time acting career- with her father’s support. Over the next couple of years, she made appeared in several TV commercials including those for Pepto-Bismol and Subway.

In 2003, she landed her first acting role in an episode of the supernatural drama, Buffy the Vampire Slayer. Not long afterward, she was cast as Summer Roberts in the teen drama, The O.C. Responsible for her rise to fame, her portrayal of the brunette earned her much praise; in fact, she eventually went on to win three Teen Choice Awards. Unfortunately, however, it’s not known how much she was paid for the role. With that said, it remains to be one of her most prominent television credits to date.

A few years after the end of The O.C., the actress landed her second lead role in the comedy-drama, Hart of Dixie. Cast as Dr. Zoe Hart, she starred alongside Jaime King, Wilson Bethel, Cress Williams, and Scott Porter, to name a few. Lauded for her portrayal, the series eventually garnered her a Teen Choice Award nomination for Choice TV Actress.

In the years since, she has appeared in a few other TV titles including Drunk History and Nashville, the latter of which saw her playing a recurring role. In terms of upcoming projects, she will be playing one of the main roles in the crime drama Take Two, which will premiere in June 2018.

Though mostly known for her television career, Bilson has also appeared in a number of films. For instance, she’d earned a Teen Choice Award for her starring role in the sci-fi movie Jumper in 2008. Some of the other titles that she’s worked on include The Last Kiss, New York I Love You, Life Happens, and The To Do List.

No, Richard Bilson is currently single. Up until 2017 however, she was in a relationship with fellow actor Hayden Christensen.

Does Rachel Bilson Have Any Children?

Yes, she has a daughter named Briar Rose (b. 2014) with Christensen.

Did Rachel Bilson Go to College?

Yes, she did. After high school, she studied at Grossmont College for a year before dropping out to pursue acting full-time.

What is Rachel Bilson Famous For?

Rachel Bilson rose to fame for her portrayal of Summer Roberts in the prime time drama, The O.C. Since then, she has also starred in the comedy-drama, Hart of Dixie.

Rachel Bilson currently lives in Los Angeles. Unfortunately, that’s all the information that we have at this time.

What Kind of Car Does Rachel Bilson Drive?

Details on Rachel Bilson’s vehicle are not available.

How Much Money Did Rachel Bilson Make Last Year?

At this time, we do not have any information on Rachel Bilson’s annual salary.

Later this summer, she will be starring in Take Two, a comedy-drama set to premiere on ABC on June 21, 2018. In addition to her, the main cast will also include Eddie Cibrian, Alice Lee and Aliyah O’Brien.

Looking for a way to connect with the star? If so, how about following Rachel Bilson on social media? You can find the actress on Instagram at @RachelBilson and on Twitter at @OfRachelBilson. On Facebook, she also has an official fan page on which you can show your support here.