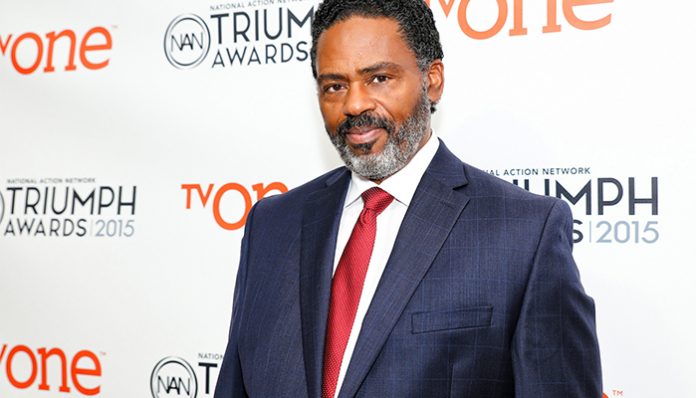 An American actor, Richard Lawson is best known for his roles in genre films. Over the years, he has starred in numerous titles including Streets of Fire, The Last Stand, I’m Through with White Girls, Love for Sale, and Guess Who. Currently, he is working in two upcoming movies titled From Zero to I Love You and Not Alone.

Aside from the big screen, he has also appeared in dozens of television series. For instance, he played the part of Detective O.Z Tate in Chicago Story and that of Detective Nathaniel Hawthorne in The Days and Nights of Molly Dodd. In 2016, he also starred as Pastor Evan Johnson in the prime-time soap opera, Saints & Sinners.

How rich is the actor? How much has he earned from his acting career? According to sources, Richard Lawson’s current net worth is around $1 million. Let’s take a more detailed look at his accomplishments below.

How did Richard Lawson Make His Money & Wealth?

Born on March 7, 1947, in Loma Linda, California, Richard Lawson served a tour of duty in the Vietnam war before pursuing an acting career in the early 70’s. Some of his earliest credits include Dirty Harry, Scream Blacula Scream, Fox Style, Shaft, and Kojak. By the end of the decade, he had played well over 20 different roles on film and television.

Continuing to act into the 80’s, he landed a lead role in the crime drama, Chicago Story in 1982. From there, he joined the cast of Dynasty, a prime-time soap opera that ran from 1986 to 1987. On the big screen, Lawson also appeared in the films Streets of Fire, Stick, and Poltergeist. Unfortunately, it’s not known how much has was paid for these roles.

Several years later, he was cast as Lucas Barnes in the long-running soap opera, All My Children. Incredibly popular, the show garnered him a significant amount of attention in the early 90’s. Aside from that, he also made guest appearances in series such as Picket Fences, Good News, Moesha, The Parent ‘Hood and L.A. Doctors. In terms of film, he appeared in the titles Wag the Dog and How Stella Got Her Groove Back.

Shifting his focus toward working in film, he mostly made guest appearances on television in the 2000’s. Instead, he worked on various movies such as Blue Hill Avenue, Black Listed, and I’m Through with White Girls. Ultimately, it wasn’t until the 2010’s that he returned to play bigger roles on the small screen. For instance, he starred as Pastor Evan Johnson in the soap opera, Saints & Sinners.

As for what he is doing now, he currently plays the role of Earl Sullivan in the BET legal drama, In Contempt. Premiered on April 10, 2018, the series also stars Erica Ash, Christian Keyes, Tobias Truvillion and Mouna Traore, among a few others.

Going back to our original question, it’s obvious that the majority of Lawson’s income comes from his work on television and film. With that said, the exact numbers to his salary have never been disclosed to the public.

Yes, Richard Lawson has been married to Tina Knowles since 2015. His second marriage, he was previously married to actress Denise Gordy.

Does Richard Lawson Have Any Children?

He has a daughter named Bianca with his first wife, as well as two stepdaughters from his wife’s previous marriage.

Did Richard Lawson Go to College?

No, as far as we know, Richard Lawson did not go to college.

What is Richard Lawson Famous For?

Richard Lawson has appeared in several well-known TV series including Chicago Story, The Days and Nights of Molly Dodd, and All My Children. On the big screen, he has played various roles in films such as The Last Stand, Guess Who and The Main Event, to name a few.

Richard Lawson and his family currently live in California. We do not have any further information on his location at this time.

What Kind of Car Does Richard Lawson Drive?

Details on Richard Lawson’s vehicle are not available.

How Much Money Did Richard Lawson Make Last Year?

At this time, we do not have any information on Richard Lawson’s annual salary.

Last year, he made a guest appearance in the popular medical drama, Grey’s Anatomy. As far as recent roles go, he is currently starring as Earl Sullivan in the legal drama, In Contempt, which premiered this spring.

Want to know what the actor’s up to? If so, how about giving Richard Lawson a follow on social media? You can find him on Instagram and Twitter at @MrRichardLawson.