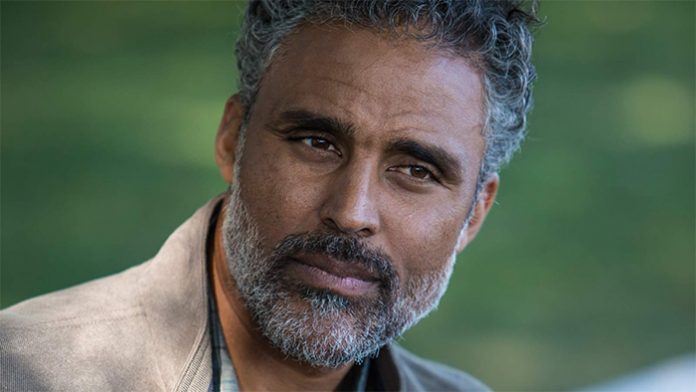 A TV actor, Rick Fox has appeared in numerous series such as Hit the Floor, K.C. Underground, Oz, and Mr. Box Office, to name a few. Though he mostly works on television, he has also acted in a handful of films such as Krystal, Killing Hasselhoff, and Curry on an American Plate.

In addition to being an actor, he is also a former athlete, having played in the NBA for both the Los Angeles Lakers and Boston Celtics in the past. In total, he was active on the court for over a decade, from 1991 to 2004. After retiring, he started to appear in more TV shows and films.

How much did he make from his NBA career? How much is he paid as an actor? How rich is he? According to various online sources, Rick Fox’s current net worth stands at an estimated $25 million. Since we’re here, let’s take a closer look at some of his career achievements.

How did Rick Fox Make His Money & Wealth?

Born on July 24, 1969, in Toronto, Canada, Rick Fox grew up in the Bahamas, where he participated in sports from a young age. The son of an Olympic high jumper, he had joined the school’s basketball team with whom he played with throughout his high school career. By the time he was in his senior year, he was voted onto the All-Star Team in Indiana.

Following his graduation, he continued to play basketball at the University of North Carolina. From there, he was chosen by the Boston Celtics in the 1991 NBA draft. After a couple of seasons of playing off the bench, he was made the team’s starting forward. In the end, he played with the Celtics for six years, until 1997. Unfortunately, it’s not known how much he made from his contract with the team.

After being released from the Celtics, Fox signed with the Los Angeles Lakers in 1997. Over the next seven years, he and the team played against a number of opponents including the Philadelphia 76ers, Sacramento Kings, and New Jersey Nets, to name a few.

Around that time, he also started to dabble in acting. Some of his early film credits include Eddie, He Got Game, Resurrection and The Collectors. In 1997, he also played a recurring character in the crime drama Oz, which aired on HBO.

Continuing to act into the 2000’s, he appeared in numerous television series such as 1-800-Missing, Love, Inc., One Tree Hill, Dirt, and Ugly Betty. At one point, he even lent his voice to the popular kids’ cartoon, The Fairly OddParents.

Since his retirement from the NBA, Fox has only gotten more involved with acting. Over the past decade, he has worked on many titles including Mr. Box Office, Jake and Amir, The Glades, The McCarthys, and Sin City Saints, to name a few. On the big screen, he has also appeared in the films Dope, Hollywood Adventures, and Navy Seals vs. Zombies. At the time of this writing, he is currently working on a new TV movie titled Murder on the Menu, according to IMDb.

As far as we know, Rick Fox is currently single. Married twice in the past, his ex-wives include Kari Hillsman and Vanessa Williams. Most recently, she dated Eliza Dushku from 2009 to 2014.

Does Rick Fox Have Any Children?

Yes, Rick Fox has a son named Kyle with his first wife and a daughter named May with his second wife.

Did Rick Fox Go to College?

Yes, after completing high school, he attended the University of North Carolina, where he played basketball.

What is Rick Fox Famous For?

As an athlete, Rick Fox is best known for his NBA career with the Los Angeles Lakers and Boston Celtics in the 90’s and 2000’s.

According to his Twitter location, Rick Fox currently resides in Los Angeles, where he presumably continues to pursue an acting career. We do not have any additional details at this time.

What Kind of Car Does Rick Fox Drive?

We do not have any information on Rick Fox’s vehicle at this time.

How Much Money Did Rick Fox Make Last Year?

Information on Rick Fox’s 2017 earnings is not available.

Since 2017, he has been playing the role of Darius Nash in the television drama series, Greenleaf. Some of his other recent TV credits include Major Crimes, Mortal Mishaps and Black-ish. In terms of upcoming projects, he will also be starring in a TV film titled, Murder on the Menu sometime later this year.

What’s Rick Fox up to? Find out by following the former NBA star on social media- you can find him on Twitter at @RickFox or on Instagram at @ImRickFox. If you want to show your support on Facebook, you can also check out his official fan page here.