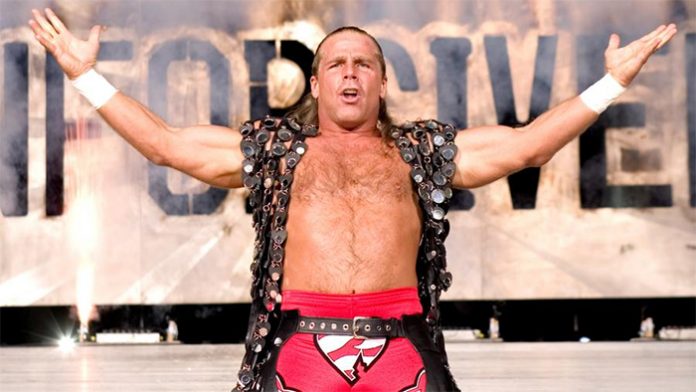 A professional wrestler, Shawn Michaels has been involved with the sport since the mid-1980’s. Throughout his career, he has participated in many events such as the AWA, WrestleMania, and the WWF World Championship. In 1992, he even formed the tag-team The Midnight Rockers with Marty Jannetty.

Though he retired briefly in the late 1990’s. he eventually returned to the WWE in the early 2000’s. From there, took part in numerous segments before retiring for good in 2010. A year afterward, he was inducted into the WWE Hall of Fame Class of 2011. Today, he remains to be one of the best remembered in-ring performers in history.

How much did he earn as a professional wrestler? Did he participate in pay-per-view events? How wealthy is the 52-year-old today? From what we could find online, Shawn Michaels’ current net worth sits at around $17 million. How much of this came from his wrestling career? What other projects is he involved in? Let’s have a look at all this below.

How did Shawn Michaels Make His Money & Wealth?

Born on July 22, 1965, in Chandler, Arizona, Shawn Michaels grew up in San Antonio, Texas, where he aspired to become a professional wrestler at the age of twelve. A stand-out athlete, he had played football during his years at Randolph High School; in fact, he was eventually made the captain of the team. Following his graduation, he went to Southwest Texas State University briefly, before realizing that college was not for him. Later dropping out of the program, he began to pursue a career as a professional wrestler.

In the mid-1980’s, he began to train under Jose Lothario, a professional wrestler. Ultimately, it was during this time that he adopted the stage name, Shawn Michaels. After a period of training, he made his NWA debut in October 1984, where he fought against Art Crews.

The following year, he made his WCCW debut in Dallas, Texas. From there, he and Marty Jannetty, his tag team partner defeated The Batten Twins at the Tag Team Championships, though they later lost it back to the Battens afterward. Fast forward to the late 90’s, and he had won the European Championships. Due to an injury that he eventually suffered in the ring, however, he was later forced to retire in 1998.

To the pleasant surprise of fans, however, he eventually returned to wrestling in the early 2000’s. Not only did he go on to win the World Heavyweight Championship, but he also participated in the WWE Championship, as well as the World Tag Team Championship (the latter which he won with John Cena).

Aside from his professional wrestling career, which would have earned him a considerable amount of income, Michaels has also appeared in a number of TV series. For instance, he has acted in Clash Time, Sunday Night Heat, and Pacific Blue. On film, he has also worked on the titles The Resurrection of Gavin Stone and Pure Country Pure Heart. In terms of recent projects, he will be appearing in two upcoming movies, The Marine 6: Close Quarters and Avengers of Justice: Farce Wars.

Yes, Shawn Michaels has been married to Rebecca Church since 1999. His second marriage, he was previously married to Theresa Wood.

Does Shawn Michaels Have Any Children?

Yes, Shawn Michaels has two children with his wife, a daughter named Cheyenne and a son named Cameron Kade.

Did Shawn Michaels Go to College?

Prior to pursuing a professional wrestling career, he went to Southwest Texas State University.

What is Shawn Michaels Famous For?

Shawn Michaels is best known for his professional wrestling career with the WWE and WWF. Aside from that, he’s also appeared in a number of films and TV shows.

Originally from Arizona, he currently lives in San Antonio, Texas, with his family. Unfortunately, photos of his abode are not available at this time.

What Kind of Car Does Shawn Michaels Drive?

We do not have any information on Shawn Michaels’ vehicle at this time.

How Much Money Did Shawn Michaels Make Last Year?

Information on Shawn Michaels’ 2017 earnings is not available.

As mentioned earlier, Shawn Michaels will be appearing in two upcoming films later this year- The Marine 6: Close Quarters and Avengers of Justice: Farce Wars, the latter of which will feature him as the “Incredible Master Yoga.”

Want to keep up with the professional wrestler’s activities? If so, you should definitely follow him on social media- you can find Shawn Michaels on Twitter at @ShawnMichaels and on Instagram at @OfficialShawnMichaels. On Facebook, you can also like his official fan page here.