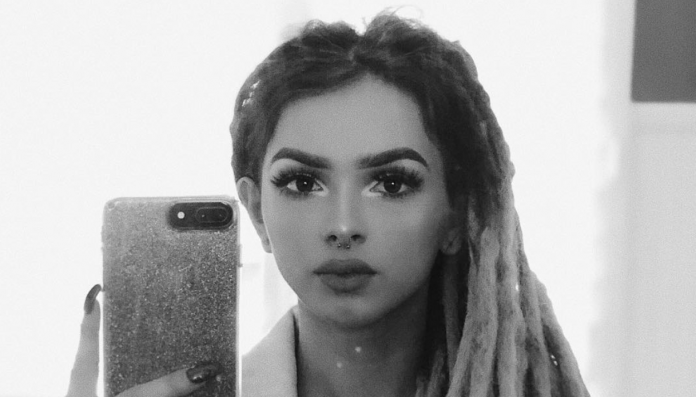 Even though Zhavia did not make the final cut of the new reality show The Four: Battle for Stardom, she is still by far the most famous contestant from the show. Her trademark dreadlocks and her intense vocal stylings make her stand out from all the competitors. Unfortunately, she became ill halfway through the season, and it impacted her performance. She made it into the Final Four, but unfortunately did not win, or get second place.

Zhavia has gotten a record deal since her time on the show, and she is definitely going places. Her coaches on the show described her as having an impressive voice and stage presence. The young singer even impressed coach DJ Khalid with his own song. Even though she initially was eliminated when her sickness did not allow her to outperform her competition, she was able to win her spot back when the audience demanded that she be given another shot. She competed against four other contestants that were also kicked off and impressed the judges so much that she was able to make it back.

Famous For: Zhavia is in the public eye for being an up and coming r&b and pop star. She was first recognized on the Fox reality show The Four: Battle of Stardom.

Place of Birth / Hometown: Zhavia was born in California.

Are They Married: She is not yet 18, and is not even publically dating anyone. Zhavia’s career is just getting off the ground, and it would be good for her to just concentrate on becoming successful

Husband / Boyfriend: Zhavia does not have a boyfriend.

Father: We don’t know much about her father except that he did not stick around for her, her mom, or her two sisters.

Mother: Her mother is Bobbi Jo Black. She owns her own hair salon in Los Angeles, California called Hot Head Dreads. Zhavia’s mom is the inspiration behind her own signature dreadlocks.

Brother: Zhavia does not have any brothers.

Sister: She has two sisters, but their names are unknown

High School: Unknown, but she is still attending high school

Did They Go To College: No