Tim Burton is the director of such gothic classics such as Beetlejuice and The Nightmare Before Christmas. He is also an artist, animator, writer, and producer. He’s best known for always having Johnny Depp and Helena Bonham Carter in his eccentric horror, Fantasy, and sci-fi content.

How Did Tim Burton make their money & wealth 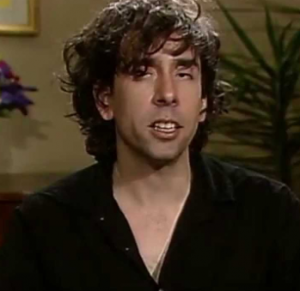 Tim Burton was born on August 25th, 1958 in Burbank California. He grew up with his parents; his father, an ex-minor league baseball player, and his mother, an owner of a gift shop that featured cat-themed products. He started making films at an early age. He made his first stop-motion animations before he even became a teenager. Tim Burton was a terrible student who attended a Burbank grammar school called Provincia Elementary before graduating and going to Burbank High School. In addition to indulging in drawing, painting, and watching movies, he also played water polo.

After graduating from high school Tim decided to study character animation at the California Institute of the Arts in Valencia California. He made two notable short films while at school: Stalk of the Celery Monster, and King and Octopus. The former was seen by Executives at Disney, who reached out to Tim and offered the chance to become a Disney Studio animator’s apprentice.  That led to him working on various films during his tenure there, but his work didn’t make it into the Final Cut of the movies.

When Tim Burton finally started his career, he released a number of animated shorts such as Vincent and Frankenweenie. Unfortunately, Frankenweenie was the film that would lead to his firing from Disney. it was too dark for the company to show to children, and he had used their time and resources. It was no matter because Tim Burton had an audience waiting for his dark and eccentric style. He went on to make popular movies such as The Nightmare Before Christmas, Beetlejuice, Alice in Wonderland, and the movie version of Sweeney Todd: The Demon Barber of Fleet Street. 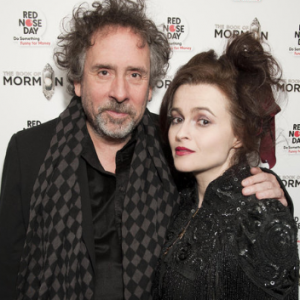 Tim Burton has been married twice. His marriage to Lena Gieseke lasted only four years, from 1987 to 1991. Tim met actress Lisa Marie at a Starbucks, where they talked about seeing UFOs in California. The two started dating and got engaged in 1993 on Valentine’s Day. It was a long engagement, but it was ended when Tim met Helena Bonham Carter on the set of Planet of the Apes, which he was directing. The two went on to get married and have a son and a daughter together before they had a friendly separation in 2014.

It is thought to be fairly substantial. Tim Burton makes an estimated $80 million a year from making movies, whether he is writing, directing, or producing. 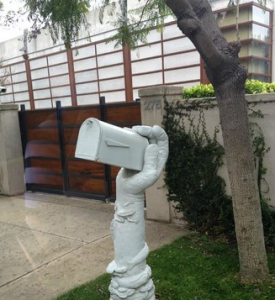 Tim has a house in London, which is joined with Helena Bonham Carter’s. They made it that way back in 2011 when they were married. He also has a house in Anaheim California with an eccentric mailbox other hand coming out of the earth to display the mail receptacle in front. You can take a tour past it via TripAdvisor for only $70. 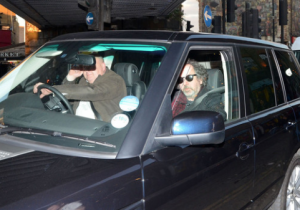 Tim Burton is known to drive a black Range Rover. There is also a different Tim Burton who comes up if you are researching Tim Burton and cars. He is 29, and a famous car blogger.

Tim is an avid supporter of various charities. Together with his ex-wife, Helena Bonham Carter, he supported Children of Peace which is a charity that seeks to provide conflict resolution to the Middle East, working with Palestinian and Israeli children. In 2015, he headed an event called Dress Diabolical which raised funds for Diabetes UK.

Tim has accomplished much in his career as an animator, director, writer, producer. he managed to get Apprenticeship at Disney. He did get fired for producing Frankenweenie, but actually got to make it for real in 2012. He got the Golden Lion for Lifetime Achievement Award in 2007 at the Venice International Film Festival. in 2008 his work in the horror and fantasy world got him the Scream Immortal award.  He has also won Emmys, Golden Globe Awards, and Producers Guild of America Awards over the course of his 40-year long career.

Tim faced some controversy in 2016 when people pointed out that his films overwhelmingly cast very pale white people. Tim insisted that he was casting who he felt were the right people for the roles, and did not take skin color into consideration.