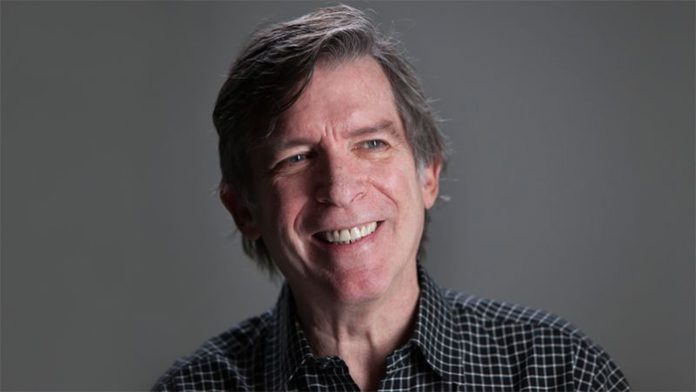 An American film critic, Kurt Loder gained recognition as the editor of the Rolling Stone magazine in the 1980’s. Some of the other publications that he’s contributed to over the years include Time, Details, Reason, and Esquire, to name a few.

In addition to writing, he’s also made a number of television appearances. In fact, he had his own news program called, The Week in Rock, which premiered on MTV in the late 80’s.

What is he up to nowadays? Is he still writing for magazines? If not, what else has he been kept busy within the recent years? Has he appeared on television lately? Hopefully, these are some of the questions that we’ll be answering below.

For those who are wondering, yes, Kurt Loder is still very much active as a film critic. In fact, he had just written a blurb about Ocean’s 8 and Hereditary a few days ago for Reason Magazine (which he writes for on a weekly basis). If you’re into movies, or if you’re simply curious about what the critic has to say about the recent titles, be sure to head on over to their website here.

In addition to that, he has also been hosting a monthly show titled, True Stories on SiriusXM’s new talk music channel, Volume. Debuted in 2016, the program aims to get the inside scoop on unique and special moments in artists’ lives, according to its official bio.

To be more specific, each episode of True Stories features a different guest, who then shares their stories with listeners. In Loder’s words, the show offers “a new way to look at the world” since the stories shared are “not protected by publicists.” A monthly program, you can tune into Kurt Loder’s True Stories on Volume at 7 pm ET.

In terms of television, it doesn’t look like the film critic has appeared on the small screen for a couple of years. According to IMDb, the last TV show that he made an appearance in was the documentary, Leaving Vogue Moran, which came out in 2016. Some of his other “recent” credits include the documentaries Let’s Dance: Bowie Down Under, R.E.M. by MTV and Rammstein in Amerika.

As far as acting goes (yes, he has acted in several titles over the years), the last role that he played was that of a moderator in the 2015 comedy film, Sidewalk Traffic, starring Heather Matarazzo.

Born on May 5, 1945, in New Jersey, Kurt Loder grew up in Ocean City, where he went to Ocean City High School. After graduating in 1963, he attended college for a couple of years before being drafted into the U.S. Army. During that period, he studied at its journalism school. Ultimately it was there that he learned the basics of the profession.

After returning from the army, he lived in Europe for a few years, where he busied himself with “yellow journalism” (i.e. articles that use eye-catching headlines instead of legitimate news). Eventually returning to New Jersey in 1972, he worked for a local newspaper for the next several years, prior to landing a position with a Long Island weekly magazine called Good Times. For the position, he was paid approximately $200 a week.

A couple of years later, he left to join Circus, a rock music magazine in 1978. A relatively short gig, Loder stayed for only a year, for he started to work at Rolling Stone in the summer of 1979. Ultimately, it was during this period that he soared to fame as “one of [their] most prolific and talented feature writers.” In fact, his tenure has been described as being “legendary” by Reason.

As one thing led to another, he eventually found himself hosting a music news program called, The Week n Rock (it was later renamed to MTV News). In 1994, Loder was one of the first anchors to report the news of Kurt Cobain’s death.

In terms of other television appearances, he has also been featured in shows such as Total Request Live, Howard Stern on Demand, Biography, and The Independents. At one point, he even played as himself in an episode of The Simpsons!

As far as live-action acting goes, Loder has appeared in various films over the years such as Dead Man on Campus, Angryman, Pauly Shore Is dead, and Get Him to the Greek. Having said that, he hasn’t worked on any new titles since Sidewalk Traffic in 2015.

Speaking of his writing, he has also published a few books. His first project, I, Tina was released in 1986. Since then, he has come out with two additional titles- Rock and Roll in the Age of Celebrity and The Good, the Bad, and the Godawful, the latter of which is a collection of his film reviews from Reason and MTV.

In terms of what he’s up to nowadays, he currently writes on a weekly basis for Reason and hosts a monthly show on SiriusXM.