What Happened To The Cast of Growing Up Gotti? – News and Updates 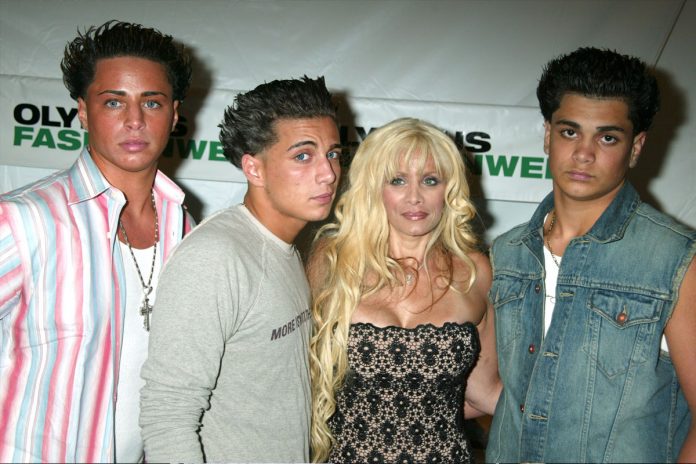 Growing Up Gotti might be a reality show (it was even aired on the network that airs the most reality series, A&E), but it took a nice spin and made it much more interesting than something like Jersey Shore. Growing Up Gotti focuses on the life of Victoria Gotti, who is the daughter of John Gotti, perhaps most infamous for his time as a mob boss of the Italian-American Mafia in the 1960s through the 1980s in the United States. The show focuses on Victoria, as well as her three sons who are direct descendants and grandsons to John Gotti himself. Read on more to find out about the cast of Growing Up Gotti, and if they’ve gotten themselves into any trouble.

Best described as a gangster, John Gotti was the boss of the Gambino crime family in New York City. John Gotti’s childhood is what you would expect from someone who would become a made man in the mob – extremely rough. Gotti slowly rose to power by undermining other family’s efforts, which included exclusion from rituals and honorifics.

Gotti gained control of the Gambino crime syndicate when he ordered a hit on his own boss, the boss of the Gambino family. Gotti would watch the hit be executed from his car, and in 1986, he rose to fame as the head of the crime family. Soon enough, his nickname “The Teflon Don” took over due to his flamboyant nature and spending of money. Many reports indicate that John Gotti would offer coffee to FBI agents or detectives assigned to a detail to stalk him.

John Gotti was convicted in 1992 thanks to an effort from his underboss, Salvatore “Sammy the Bull” Gravano. Salvatore actually helped Gotti rise to power and was instrumental in establishing connects for Gotti. Gotti was officially sentenced on five counts of murder, conspiracy to commit murder, obstruction of justice, racketeering, tax evasion, illegal gambling, extortion, and loan sharking. Even though he was sentenced to life in prison, he died in 2002 from lung cancer. Many experts on the subject have claimed that John Gotti led to the end of the organized Italian mafia crime syndicate, which I personally agree with.

About Growing Up Gotti

Growing up Gotti’s main focus is Victoria Gotti, a direct descendant from John Gotti himself. Interestingly enough, Victoria is half-Italian, half-Russian, and John Gotti’s actions eroded the requirement for joining the Mafia from being a full-blooded Italian to being a half-blooded Italian from a father’s lineage. Victoria was married to Carmine Agnello, who made a few appearances on Growing up Gotti. Carmine was another mobster from the Gambino Crime Family, although the two were divorced on grounds of constructive abandonment (read: no copulation). Although Carmine was released, he was later arrested in Cleveland, Ohio on accounts of theft, money laundering, and conspiracy.

Growing up Gotti only ran for three seasons from 2004 to 2005, with 43 individual episodes aired. However, in 2014 the show returned for a one-hour special which was named “Growing up Gotti: 10 Years Later.” This highlights clips from Growing up Gotti, as well as what the family has been up to since.

The cast of Growing up Gotti involved Victoria, as mentioned above, as well as her three sons – Frank, Carmine Jr, and John Agnello. All three sons are confirmed as being separated from the father and have absolutely no part to do with Carmine Sr’s arrest, or so they insist (remember, these are mobsters!) Carmine Jr went on to appear on an episode of “But Can They Sing?”, which is a singing competition hosted by the VH1 channel. It stars former reality stars battling each other in a singing contest.

Frank Agnello went on to author a book entitled “The Gotti Diet: How I Took Control of My Body, Lost 80 Pounds and Discovered How To Stay Fit Forever.” Frank is the youngest, and surely enough, he looks a little pudgy during the Growing up Gotti shows. However, Frank chose not to appear on the Growing up Gotti 10 year reunion and is said to have committed to a serious relationship with Savanna Simonetti.

John Agnello, the oldest son and named after John Gotti himself, is currently lying low. However, he does have an Instagram where he appears with his fiance Alina. He is fairly active on this Instagram account, having only posted an image two days prior to this writing.

Victoria herself has also been lying low. In 2013 and 2014, she appeared on other VH1 reality TV programming, although she later admitted in interviews that she hated the process and turned her character up solely for the sake of entertainment. Victoria Gotti was actually a columnist and writer, and in 2009 wrote a book titled “This Family of Mine: What it was Like Growing Up Gotti.”