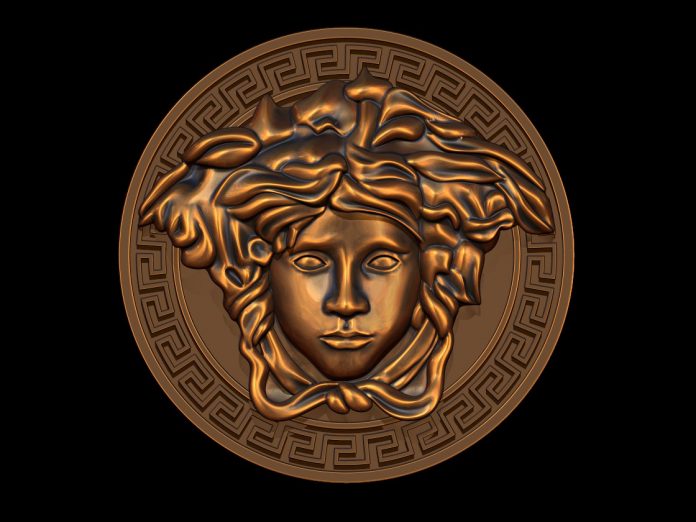 Versace was founded by Gianni Versace in 1978. Known best for its innovative designs and flashy, colorful prints, Versace constantly produces high-quality fashion and clothing. Included in this are the Versus Versace and Versace jeans. Interestingly enough, the logo for Versace is represented by a Medusa head. Gianni Versace chose Medusa because of the character’s lore – she fell in love with people and subsequently, the people died. Versace hoped for the same. With that said, exactly how much is the Versace empire worth? Read on to find out more about the founder and where Versace’s brand sits today.

Since Versace is essentially synonymous with “high-end fashion,” it’s no surprise to find that the Versace brand is worth an estimated $1.7 to $2 billion dollars. Although Versace only holds a portion of the high-end market, it’s important to realize that Versace requires more strenuous attention to detail than any other high-end market. Perhaps you’ve heard of a phrase similar to “shoes of the finest Italian leather” – this is very much a phrase inspired by Versace.

Assuming Versace were still alive today, his net worth would be worth approximately half of the Versace brand. This ranges from $850 million to $1 billion, depending on what the estimate of Versace’s worth is. However, he passed away in July 1997 (due to a murder) and the company was passed on to his sister, Donatella Versace.

How Did Versace Make His Money and Wealth?

Fashion! The answer to this one is rather obvious – Versace made most of his income through fashion and marketing clothes. However, Versace took a rather interesting spin on the fashion world and was the first designer to attempt to link clothing to the music world.

Versace launched in 1978 under the name “Gianna Versace Donna,” and the first boutique was opened in Milan that same year. From the start, Versace demanded complete control over the brand which ranged from market testing to design down to the very logistics. In 1982, the company expanded to include jewelry, furniture, and even fine dining china.

In 1993, Gianni Versace launched the “Young Versace” line which was aimed at toddlers and young children. The “Versus” launch was simultaneously created, which aimed more towards sports participants and active athletic wear.

Many of Versace’s clients were musicians, leading to Versace being described as “the Rock ‘n Roll Designer.” Clients for Versace include Elton John, Michael Jackson, Diana, Princess of Wales, Naomi Campbell, and a whole lot more.

Versace today operates more than 1,500 boutiques worldwide, although the first boutique outside of Italy didn’t open until 1991. They have since partnered with Lamborghini to produce a car specifically inspired by Versace, with only ten units produced. Of course, the car included a complimentary luggage set, and luxury driving shoes and gloves. Versace has also partnered with the Sunland Group to create three Palazzo hotels, which are successful luxury hotels and resorts. Currently, a third hotel is under construction and will include a casino. 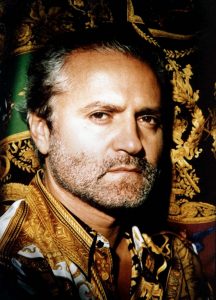 Gianni Versace was born in December of 1946 in Reggio Calabria, Italy. He enjoyed a fairly quiet upbringing, although most of Italy was still rebuilding following the complete destruction and decimation of World War 2. As a child, Gianni Versace was fascinated with Greek culture, which would eventually manifest in his creation of the Versace brand. He was also influenced by popular artists at the time, the most critical of which was Andy Warhol.

Gianni Versace began his sewing apprenticeship at his mother’s sewing business, although he would follow an education path to become an architect. However, in 2016, he moved to Milan to follow his mother’s footsteps in fashion design. In 1973, he was the head designer of Byblos, which was an Italian footwear company. He found great success and even presented a signature collection at the Milan Art Museum.

Versace opened his first boutique in Milan, which is still thriving and serves as an important tourist stop today. The designs utilized bold prints, vivid colors, and drastic cuts which were all a stark contrast for muted colors and more conservative simplicity. Versace and Giorgio Armani soon took to a heated rivalry, with the phrase going “Armani dressed the wife, Versace dresses the mistress.” From there, Versace took off and found great success until it became deeply ingrained in popular culture and synonymous with anything meaning “high-end fashion.”

Gianni Versace was killed on July 15, 1997, just outside of his Miami Beach home. He was murdered by Andrew Cunanan, who eventually committed suicide a few days later. Versace left half of his fashion empire to his niece, which was worth approximately $500 million when she turned 18 in 2004.