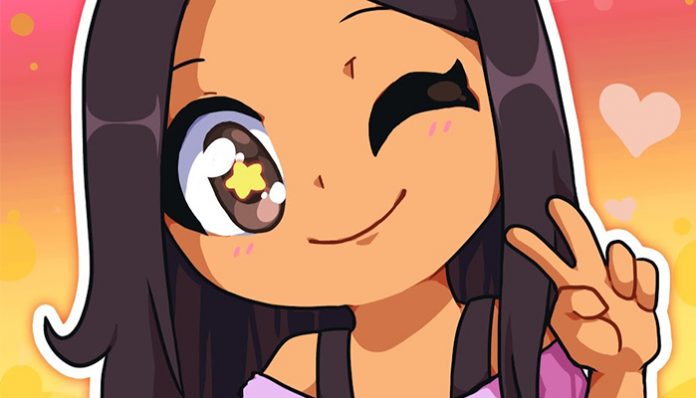 An avid gamer, Aphmau is best known for her self-titled YouTube channel, on which she has over 3.6 million fans. In addition, playing Minecraft—her primary game, she has played several other titles such as The Sims 4, Spore, and Pixelmon. Incredibly popular, most of her videos easily gain hundreds of thousands of views.

In addition to her gameplay videos, she is also noted for having helped to create the stagecraft series, Dreams of Estorra. Released in 2016, it is currently featured on her secondary YouTube channel, Aphmau Fantasy. Though not as popular as her primary account per se, it has attracted more than 480,000 subscribers to date.

With the audience that she has, how much does she rake in from her videos? How rich is the 28-year-old? According to NailBuzz, Aphmau’s current net worth is around $2.3 million. Did she earn the majority of this from YouTube? What other projects is she involved with? These are some of the things that we’ll be addressing below.

How did Aphmau Make Her Money & Wealth?

Born on October 16, 1989, in Texas, Aphmau (Real Name: Jessica Bravura) grew up with her older brother in Houston, where her parents split up when she was young. At the age of eighteen, she moved in with her longtime partner, Jason. A few years later, she launched her YouTube channel in 2012. An avid gamer, she quickly decided to use the platform to share her love of Minecraft.

Fast forward several years and her channel has grown tremendously—as of 2018, she has more than 3.6 million subscribers with over 1.9 billion lifetime views. Since her rise to fame, she has also started to include other content, more specifically game plays of other titles such as Raft, Sims 4, Spore, and Pixelmon.

With the audience that she has, it’s not surprising to know that her videos easily receive hundreds of thousands, if not millions of views each. In fact, her most popular uploads—Faster Car Animated Music Video, The New House, Babies with Aaron, and Best of Aphmau, all have over 5 million views!

As you probably already know, YouTube can be a big money maker for those with a substantial fan base. How much has the gamer earned from her videos? According to NailBuzz, Aphmau receives well over a million hits per day. Given that these are all monetized views, she would earn around ~$3,000 from ad revenue on a daily basis—this works out to be well over a million dollars per year.

In addition to her main account, she also has a secondary channel, which is dedicated to Dreams of Estorra. A Minecraft stagecraft series, it is written by Aphmau with help from Kristina and Castor. Created in 2017, the channel titled Aphmau Fantasy has since gained more than 487,000 subscribers with 27.7 million views, despite not being updated as often when compared to her primary channel. Assuming that its contents are also monetized, which they likely are, it would provide the gamer with another stream of revenue on the side.

Yes, she has been married to her husband Jason for many years.

Does Aphmau Have Any Children?

Yes, she has two children with her husband named Julia and Joseph.

Did Aphmau Go to College?

As far as we know, Aphmau did not go to college. Having said that, not much has been revealed about her education history.

What is Aphmau Famous For?

Aphmau initially rose to fame for her Minecraft videos on YouTube. Since then, she has played several other games on her channels such as The Sims 4, Pixelmon, and Spore.

Where Does Aphmau Live now? Pictures of Aphmau’s House

Unfortunately, we do not have any information on Aphmau’s location at this time, nor do we have any pictures of her abode available.

What Kind of Car Does Aphmau Drive?

Unfortunately, information on Aphmau’s vehicle is unavailable at this time.

How Much Money Did Aphmau Make Last Year?

Over the past year, Aphmau has added dozens of new videos to her main YouTube channel. In terms of her secondary channel, she has not updated her Dreams of Estorra series since last fall.

What’s the gamer up to when she isn’t on YouTube? If you’re a fan, why not give her a follow on some of the other social media platforms out there? For example, you can follow Aphmau on Twitter at @_Aphmau_ or on Instagram at @Aphmau_. On Facebook, she also has an official fan page which you can check out here.