What Happened to Abby on Ray Donovan? – 2018 Update 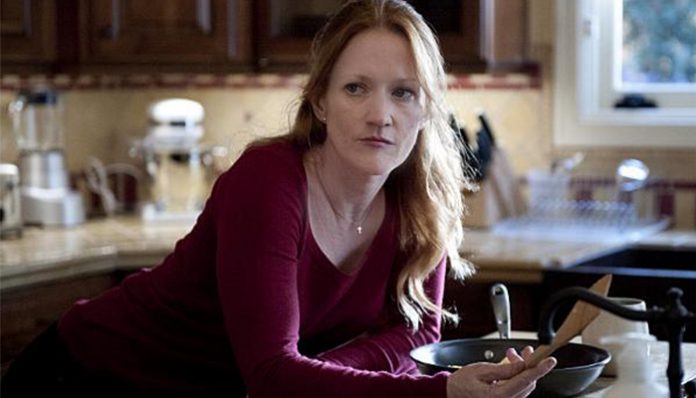 Introduced in the pilot episode, Abby Donovan was one of the main protagonists of the popular crime drama, Ray Donovan. Ray’s wife, she was also the mother of their two children, Conor and Bridget. Since the beginning of the show, she has made regular appearances throughout the seasons.

In season four, however, it was revealed that she had been diagnosed with breast cancer. Despite this, however, she chose not to receive treatment; over the next several episodes, her deterioration became clear to viewers. By the premiere of season five, she was nowhere to be seen— despite the episode having being titled “Abby.” What had happened to her? Did she succumb to her cancer?

Why did she choose to kill herself? We will be trying to answer these questions for you below.

What Happened to Abby on Ray Donovan? 2018 Recent Updates

One of the main protagonists, most viewers had grown used to Abby—Ray’s wife, by the time the show was on its third season. By then, everything seemed to be looking up for the Donovans. Things soon took a turn for the worse, however, as it was revealed that Abby had been diagnosed with stage-zero breast cancer in the season four premiere.

In the beginning, her condition seemed to improve with treatment. After not getting into a surgical trial, however— one that could have been life-saving, she decides to stop all cancer treatments, against the advice of her doctors. Over the next few episodes, her deterioration becomes obvious to viewers.

Still, the fourth season managed to end on a high note. Not only did the Donovans manage to pull off a huge job, but they had a chance to unite for the first time in many years.

This is one of the reasons why the fifth season came as such a shock. During the fifth season premiere, which presented a time skip, it was hinted at that the matriarch had died. The way that the episode was written, however, the circumstances around her death remained mysterious. If anything, viewers were left in the dark as to what had happened to Abby; all that was depicted was the rest of the family dealing with their own lives.

Having said that, she does return in a series of flashbacks. The mystery of her death, however, isn’t solved until much later in the season—episode eight, to be exact. Titled “Horses,” the episode provided us with the last 24 hours of Abby’s life.

At one point in the episode, she looks at a painting of horses, as Patti Smith’s Land plays in the background. A touching moment, it was then that she decides to end her life. Ironically, she receives a call not long afterward, telling her that she did not make it into the experimental trial.

From there, she walks down to the local pharmacy, where she gets Seconal— a barbiturate drug. Around that same time, Ray is seen buying a necklace for his wife. He soon snaps, however, after finding out that she did not get into the trial. Determined to fix the problem, he travels to New York City to “sorts things out”. In the end, he would go on to regret that decision.

Flash forward a bit, and Abby is seen breaking her capsules into a glass. Knowing her pain, her daughter Bridget even helps, pouring ginger ale over the drugs. As they stay at her bedside, she drinks the contents. Moments later, Ray comes home to see Abby dead on the bed, with Bridget crying.

More About Abby on Ray Donovan

Ray Donovan’s wife, Abby was first introduced in the pilot episode, The Bag or the Bat. A mother of two, the couple had two children together, Bridget and Conor. Though she appears regularly in the first few seasons, however, it isn’t until season four that her character becomes more of a focus. More specifically, she started receiving more screentime after it was revealed that she had been diagnosed with cancer in the season four premiere, Girl with Guitar.

Against her doctor’s advice, she ultimately chooses not to receive breast cancer surgery. Instead, she opts for alternative treatment, one of which includes an experimental trial. Tired of hospital visits, however, she eventually decides to end her own life- even before receiving the call from the study.

Using barbituates that she had purchased from a local pharmacy, she later passes peacefully in bed, with her daughter and brother-in-law beside her. In a series of flashbacks, her last 24 hours were shown in the episode, Horses. As it had happened, her husband Ray had been out of town (to “sort things out” with her experimental trial) at the time- it wasn’t until later on, that he returned to find her peacefully lying in bed, a scene that moves him to tears.