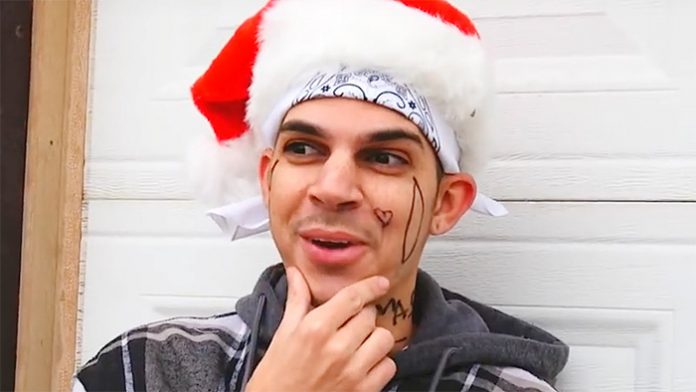 A YouTube personality, Lil Moco is best known for his music video parodies on his self-titled channel. Since he first joined the platform in 2010, he has amassed nearly 2 million subscribers (and counting). Today, his most popular upload—a parody of Drake’s Started from the Bottom has been viewed over 16 million times.

In terms of other projects, he has recently also dropped a number of singles this year. Made available for streaming online, some of these titles include Hyna Who Do You Love?, My Veto, Hot Vato, and Can’t Hold Us.

How much does the YouTube star make from the video platform? How much does he pull in from the site assuming that all of his videos are monetized? How rich is he? According to what we could find online, Lil Moco’s current net worth is around $190,000. Where did he earn the bulk of this from? Since we’re here, let’s try to answer that below.

How did Lil Moco Make His Money & Wealth?

Born on November 2, 1994, in Japan, Lil Moco grew up with his two siblings, a sister, and brother, the latter of whom has made several appearances in his videos. Unfortunately, not much is known about his early life at this time. All we know, for now, is that he had joined the YouTube world in early 2010, at the age of sixteen.

From the very beginning, he had posted parody videos. Looking back, some of his oldest uploads include Lil Moco Windows 7 Parody, Justin Bieber Baby Parody, and Drake Best I Ever Had Music Video Video Parody, all of which have since gained a significant number of videos.

Fast forward to 2018, and his parodies have earned him nearly 2 million subscribers with over 323 million views. As mentioned earlier, his most viewed video, Started From The Border, has been streamed 16.2 million view times. With the audience that he has (his videos regularly receive hundreds of thousands of views), it’s likely that he collects a significant amount of ad revenue from his videos.

How much does he make from the video platform exactly? According to Nailbuzz, his channel receives an average of 180,000 views on a daily basis. Doing the math, it’s estimated that he makes around $270 daily—assuming that all of his videos are monetized through Google Ads.

In addition to his primary channel, Lil Moco also has vlogging channel under the name “SpacejamsJournal.” Created in 2012, it has since gained over 423,000 subscribers with more than 64 million views.

Though not as popular as his main account per se, many of his vlogs receive hundreds of thousands of views each. In fact, his most popular upload, My Dog Giving Birth has been viewed nearly 20 million times! Given that the channel has also been monetized, chances are, it yields him a decent amount of earnings on the side.

In terms of other ventures, he has also recently dropped a number of singles. Released online, some of these include Hyna Who Do You Love, Hot Vato, Show Me, Can’t Hold Us, and My Vato.

Though he isn’t married, he has been in a dating a woman named Aury Martinez for many years.

Does Lil Moco Have Any Children?

Did Lil Moco Go to College?

No, as far as we can tell, Lil Moco has not gone to college.

What is Lil Moco Famous For?

Lil Moco is best known for his music video parodies on YouTube. As of 2018, his uploads have earned him nearly 2 million subscribers.

According to his Twitter bio, Lil Moco currently resides in Pomona, California. Unfortunately, we do not have any further details at this time.

What Kind of Car Does Lil Moco Drive?

Unfortunately, details on Lil Moco’s vehicle are unavailable at this time.

How Much Money Did Lil Moco Make Last Year?

Information on Lil Moco’s 2017 earnings is not available.

As mentioned earlier, Lil Moco dropped a handful of singles this year including Hot Vato, ChoLo, Show Me, Hyna Who Do You Love, and Can’t Hold Us, all of which can be streamed online.

Want to catch up with the YouTube star? If so, how about following him on other social media platforms? You can find Lil Moco on Twitter at @Spacejamgardenz or on Instagram at @Lifeofmoco. On Facebook, he also has a fan page which you can check out here.