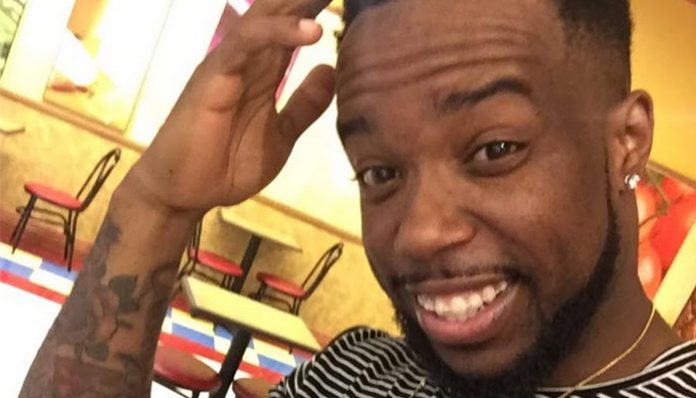 Hailing from Louisiana, Cash Nasty is best known for entertaining fans with his comedy videos on YouTube. As of 2018, the twenty-something has amassed more than 2.2 million subscribers on his self-titled channel.

Aside from his main account, he and his girlfriend also share a joint channel for vlogs called CashNashVlogs. Created in 2014, it has since received more than 3.4 million lifetime views. For those who are interested in his everyday life, be sure to subscribe!

Like most YouTubers, the 28-year-old is active on several other platforms, one of which includes Twitch. In fact, his streams have earned him a considerable fan base on the site over the years.

How rich is the YouTube personality? How much money is he able to rake in from his videos? According to various sites, Cash Nasty’s current net worth stands at around $350,000. Did the majority of this come from his YouTube channel? Is he involved with any other projects? These are some of the things that we’ll be taking a look at below.

How did Cash Nasty Make His Money & Wealth?

Born on December 4, 1990, in Vidalia, Louisiana, Cash Nasty grew up with his brother, who also happens to be a YouTuber. A natural comedian, he eventually created a YouTube channel in 2013. Dedicated to making people laugh, he began to upload a series of comedy videos, all of which quickly drew in an impressive amount of views. Unfortunately, other than the fact that he was raised with his brother, not much has been revealed about his early childhood.

As of June 2018—five years since the launch of his channel, he has gained over 2.2 million subscribers, with more than 256 million lifetime views. Not only does he upload content such as challenges and vlogs, but he also posts a variety of comedy videos, all of which draw in hundreds of thousands of views. If anything, he’s best known for entertaining viewers with his laughing and raging.

With the audience that he has, it’s only natural that he’d be pulling in a decent amount of earnings from his channel. According to Nailbuzz, he receives an average of 300,000 views per day; assuming that these are monetized through Google Ads, it would earn him around $550 a day in revenue.

In addition to his primary account, Cash Nasty also has a secondary channel called CashNashVlogs, which he shares with his girlfriend, AshONasty. Though not as popular as his main channel, it has since received over 3.4 million views, with more than 77,000 subscribers. Given that he has also chosen to display advertisements on his vlogs, it would yield him yet another stream of revenue on the side. Having said that, the earnings wouldn’t nearly be as high as what he makes from CashNastyGaming.

Aside from his successful YouTube career, the twenty-something also has a decent following on Twitch. More specifically, his streams have earned him more than 550,000 followers (and counting) to date. Unfortunately, however, it’s not know how much money he’s earned from the streaming platform.

Though he isn’t married, he has been with his girlfriend “AshONasty” for over ten years. As mentioned earlier, the two share a vlogging channel on YouTube.

Does Cash Nasty Have Any Children?

No, Cash Nasty does not have any children, though he does have two dogs named Mac and Mardi.

Did Cash Nasty Go to College?

Unfortunately, not much is known about Cash Nasty’s education history. As far as we know though, he has not gone to college.

What is Cash Nasty Famous For?

Cash Nasty is best known for his self-titled YouTube channel on which he has over 2.2 million subscribers.

Though not much is known about Cash Nasty’s abode, we do know that he currently resides with his girlfriend and two dogs. Photos are not available at this time.

What Kind of Car Does Cash Nasty Drive?

Unfortunately, details on Cash Nasty’s vehicle are unavailable at this time.

How Much Money Did Cash Nasty Make Last Year?

Information on Cash Nasty’s 2017 earnings is not available.

As you can expect, Cash Nasty has been diligent about updating his two YouTube channels on a daily basis. If anything, he’s added dozens of videos to his page over the past year.

What’s the YouTube star up to when he isn’t making videos? If you’re a fan, why not connect with him on other social media platforms? You can find Cash Nasty on Twitter at @CashNastyGaming or on Instagram at @TheNastyCrew.