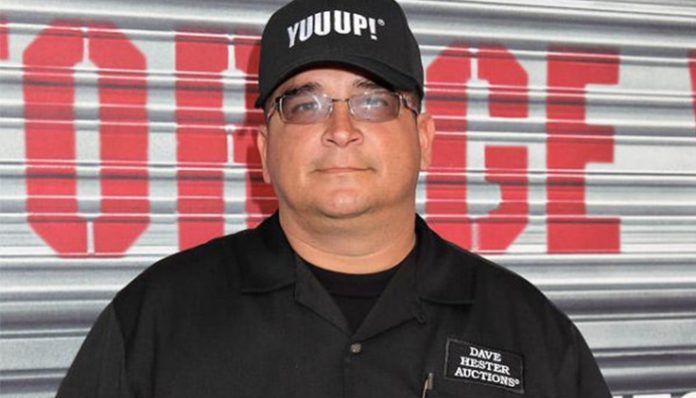 A television personality, Dave Hester is best known for his appearances on A&E’s reality series, Storage Wars. Often referred to as “The Mogul”, he was introduced in the first season as one of the show’s main buyers. From there, he remained for three seasons, before being “fired” in 2013. With that said, he has since returned to the show, much to the delight of fans.

Outside of reality TV, he runs his own auction house called Dave Hester Auctions. Prior to that, he operated the Rags to Riches Thrift Store, as well as a Consignment Gallery in Costa Mesa, California.

How wealthy is the entrepreneur? How much money does he make from his flipping the items that he buys on the show? Is he paid for his appearances on the show? According to various sources, Dave Hester’s 2018 net worth is said to be around $3.7 million. Where did he make this money from? This is one of the questions that we’ll be taking a look at below.

How did Dave Hester Make His Money & Wealth?

Hailing from California, Dave Hester was introduced as one of the main buyers in the first season of Storage Wars, which premiered in 2010. Often accompanied by his son Dave Jr. on the show, he quickly made himself known for shouting his signature catchword—“Yuuup!” at the auctions. Unfortunately, not much is known about his early life at this time.

Known as “The Mogul”, he starred in the first three seasons, before being fired from the show—as a result, he was absent for season four. In the end, however, he was able to return to Storage Wars after a lawsuit for wrongful termination against the show’s productions. Today, he is back as one of the series’ main stairs.

How much is he paid for his appearances on the TV show? Considering its popularity, surely the main cast receives a decent payout? According to Darrell Sheets, one of his co-stars, they received approximately $30,000 per episode toward the beginning of the series. Unfortunately, this amount was later cut to $15,000. At this time, it’s unclear whether or not Hester’s previous lawsuit has affected his pay.

One thing’s for sure though, he brings home a nice paycheck at the end of every episode. Seeing as how he’s been on the show for ten seasons and counting (he most recently starred in season 11, which wrapped up in March 2018), it’s likely that he’s already racked up a nice amount of earnings from Storage Wars.

In addition to his TV career, he has also operated a few businesses in the past. For instance, he owned the Newport Consignment Gallery in Costa Mesa, California, at the beginning of the series (it has since closed down). The last that we’d checked, he currently runs Dave Hester Auctions, an auction house through which he flips many of the items that he purchases on Storage Wars. If anything, these ventures would provide him with another stream of income.

Yes, he has a wife named Donna Hester.

Does Dave Hester Have Any Children?

Yes, he has a son named Dave Jr. who often appears alongside him on Storage Wars.

Did Dave Hester Go to College?

Unfortunately, not much is known about Dave Hester’s education background at this time.

What is Dave Hester Famous For?

Dave Hester rose to fame as one of the main buyers on A&E’s reality series, Storage Wars. As of 2018, he has starred in ten seasons.

Dave Hester currently lives in Santa Ana, California with his wife, according to his Twitter bio. Unfortunately, additional details are not available at this time.

What Kind of Car Does Dave Hester Drive?

He drives a truck that has his signature catchword “Yup!” imprinted on the side.

How Much Money Did Dave Hester Make Last Year?

Unfortunately, details on Dave Hester’s 2017 salary is not available at this time.

Most recently, Dave Hester returned for the eleventh season which premiered on A&E on April 12, 2017. After a 29-episode run, it wrapped up on March 28, 2018. For now, it’s unclear whether or not it will be coming back for the twelfth season.

Wondering what the TV personality is up to? If you’re curious, why not give him a follow on social media? That’s right, you can find him on a few platforms such as Twitter at @DavetheMogul and Instagram at @DaveHester_Yuuup. On Facebook, he also has an official fan page, which you can check out and “like” here.