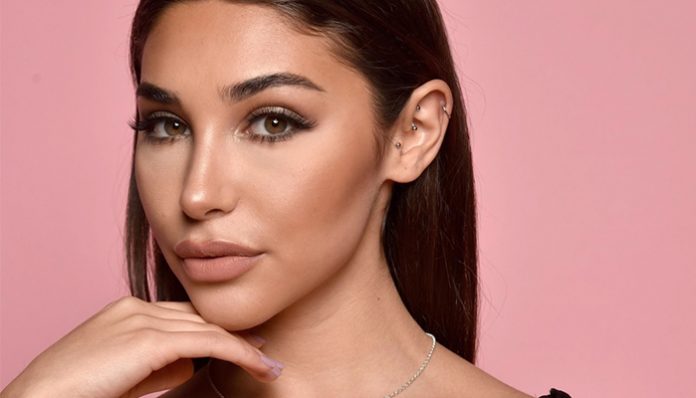 An American model, Chantel Jeffries gained fame as the rumored girlfriend of Justin Bieber in 2014. In the past, it’s said that she’d also dated Justin Combs, the son of P. Diddy. Popular with a significant fanbase, she has gained more than 4.1 million followers on Instagram as of 2018.

Not only that, but she is also well established on YouTube, where she has nearly one million subscribers. An aspiring dee-jay, she has released a couple of singles over the past year including Wait (Feat. Offset & Vory) and Both Sides (Feat. Vory), the former of which has been played over two million times on her YouTube channel.

How well-off is the 25-year-old? How much does she make from her social media accounts? How lucrative is her music career? According to various sites, Chantel Jeffries has amassed a net worth of around $1 million as of 2018. Let’s have a better look at her accomplishments below.

How did Chantel Jeffries Make Her Money & Wealth?

Born on October 1, 1992, in California, Chantel Jeffries was raised in Jacksonville, North Carolina, with her younger sister Selah, who is also active on social media. Due to her father’s career in the military, the family moved frequently during her childhood, which she admitted was hard for her to make friends. Ultimately, it was in the early 2010’s that she gained attention after being spotted with pop singer Justin Bieber.

As it had happened, she was found with the singer after he was arrested for drunk drag racing in Miami. Following that incident, the two were spotted together many times in public, which led many to believe that they were dating. Refuting the claims in a later, Jeffries explained that they were only friends who shared an urge for thrilling experiences.

Interestingly enough, Bieber is not the only celeb that she’s been associated with. In the past, she was also in a relationship with Justin Combs, the son of P. Diddy. Before that, she was also with rapper Lil Twist, for a brief period.

A successful model, she has worked with the Wilhemnia Modelling agency for many years. Though it’s unknown how much she makes from her modeling gigs, it’s likely that they would have earned her a decent sum over the years.

Aside from modeling, the twenty-something is also active on social media, which is a lucrative opportunity for many. An influencer, she currently has over 4.1 million followers on Instagram. Considering that, it’s likely that she has worked with multiple brands in the past on the platform.

Similarly, on YouTube, she has over 970,000 subscribers on her channel. Since she first joined the platform in 2011, she has gained more than 48 million combined views across her videos, most of which are either vlogs or beauty tutorials. Assuming that she’s been monetizing her content through Google Ads, it would yield her yet another stream of income on the side.

No, Chantel Jeffries is not married. Most recently, it’s said that she had dated Logan Paul in 2017.

Does Chantel Jeffries Have Any Children?

No, Chantel Jeffries does not have any children.

Did Chantel Jeffries Go to College?

Not much is known about Chantel Jeffries’ education background, though it’s presumed that she has not gone to college.

What is Chantel Jeffries Famous For?

Chantel Jeffries rose to fame after being spotted with Justin Bieber in 2014. Since then, she has gained a significant fan base on social media.

Chantel Jeffries currently lives in Los Angeles. We do not have any additional information on her abode at this time.

What Kind of Car Does Chantel Jeffries Drive?

How Much Money Did Chantel Jeffries Make Last Year?

We do not have any information on Chantel Jeffries’ 2017 earnings at this time.

Want to keep up with the model/social media celebrity? If so, you’ll definitely want to give her a follow—you can find her on Twitter and Instagram at @ChantelJeffries. On Facebook, she also has an official fan page, which has already amassed more than 470K likes.