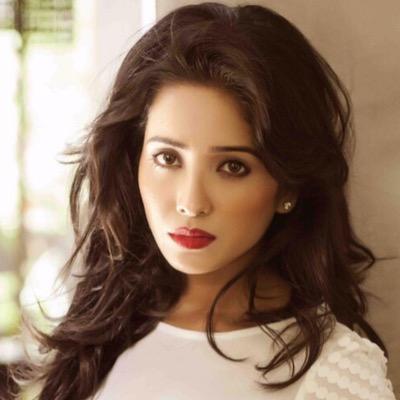 Given that the United States is the epicenter of popular media around the world, we often forget that there are many countries who have booming industries as well. With a population of 1.3 billion, India has a TV and film industry to match its staggering population. Asha Negi is a successful Indian actress and model who has appeared in numerous Indian soap operas and TV shows. She is best known for her role in the 2009 Indian soap opera Pavitra Rishta (Sacred Ties). Asha Negi is also a host for Indian TV shows like Indian Idol Junior.

Asha Negi has appeared on numerous Indian soap operas since 2010. She is one of India’s most popular young actresses. Her relationship and subsequent engagement with serial soap opera star Rithvik Dhanjani (whom she met on the set of Pavitra Rishta) has also propelled her into the limelight of Bollywood. Asha Negi is very popular with young Indians – she has 1 million followers on Twitter and 1.7 million followers on Instagram.

How Did Asha Negi Earn her Money and Wealth?

Asha Negi was born on August 23rd, 1989 in the city of Dehradun, India. She grew up in a fairly wealthy family but was still expected to work hard. She graduated from St. Mary’s Higher Secondary School in 2005 and briefly worked at a travel agency on the side. During this time, she also did some modeling on the side. Negi was crowned Miss Uttarakhand (the province she was born in) in 2009. Negi moved to Mumbai shortly after graduating college.

After being crowned Miss Uttarakhand, Asha Negi’s beauty caught the eye of Bollywood. In 2010, she was cast in the soap opera Sapnon Se Bhare Naina (Eyes Full of Dreams). The next year, she appeared in Bade Achhe Lagte Hain (It Seems So Beautiful). Although Negi was cast in minor roles for both shows, the show’s popularity and influence were more than enough to get her noticed.

Asha Negi got her most famous role in 2011 when she starred in soap opera Pavitra Rishta as Purvi Manav Deshmukh. She held this role until 2014 until her character was removed from the story. However, this role nonetheless brought her much critical acclaim. In 2012, she also starred in the soap opera Punar Vida (Married Again) and Sapne Suhane Ladakpan Ke (Young Dreams).

After firmly establishing herself as a beloved actress, Asha Negi also became a popular TV host. She and her then-boyfriend Rithvik Dhanjani won Nach Baliye (a popular celebrity dance show) in its 2013-2014 season. They also competed together the following season in 2015. That same year, she was the host of Indian Idol Junior, a spinoff of Indian Idol for talented children. She also appeared in Fear Factor: Khatron Ke Khiladi (the Indian version of Fear Factor).

In 2015, Asha Negi starred in the dramas Code Red and Kuch Toh Hai Tere Mere Darmiyaan (A maze of Love). She made another TV show appearance in 2016 on Box Cricket League, a celebrity cricket competition. Negi was also a contestant in the 107 season of Lip Sing Battle, a lip-synching competition.

In 2018, Asha Negi was cast in the TV drama Kaleerein (Bridal Material). The show has received good ratings and has 107 episodes as of 2018. Although Asha Negi has only had a few leading roles, many of the drams she has appeared in can have hundreds of episodes!

In her free time, Asha enjoys posting on Twitter, traveling, and spending time with her family. She traveled to Bahrain with her family in 2018, which she documented on her Instagram page. 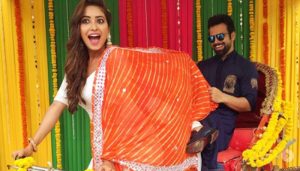