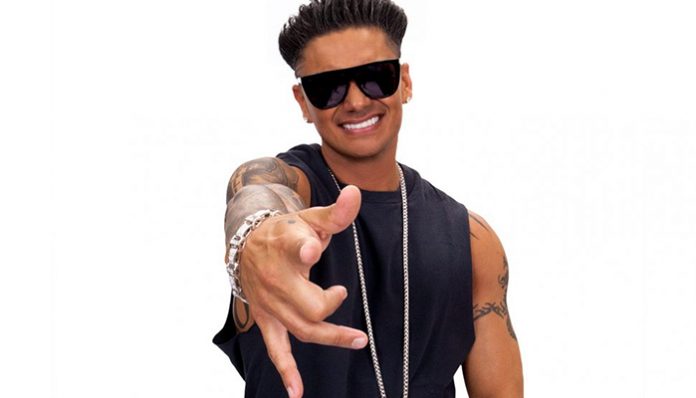 An American disc jockey, Pauly D is notable for his role in the popular reality series Jersey Shore. A few years after its end, he also received his own spinoff The Pauly D Project, which began filming in 2012—it later premiered on television that spring.

In terms of his music career, it was announced that he’d signed a three-album deal with 50 cent’s music label in 2011. A year later, he dropped his first single Back to Love, which featured guest vocals from Jay Sean. Since then, he has come out with several other records; most recently, he came out with That Boy in January 2018.

How much money did he earn from the MTV reality show? How lucrative is his musical endeavor? Is he working on anything else at the moment? How rich is he? According to sources, Pauly D’s 2018 net worth is as high as $24 million. Let’s take a look at where his fortune came from.

How did Pauly D Make His Money & Wealth?

Hailing from Rhode Island, Pauly D was raised in the Providence, the state’s capital city. Of Italian descent, he is the son of Paul D. Delvecchio Sr. and Donna DiCarlo. As a teen, he went to Johnston High School and idolized DJ AM. In the end, however, he would gain fame after being cast on MTV’s Jersey Shore in the late 2000’s.

In 2009, he was cast for MTV’s Jersey Shore after being discovered by one of the producers on MySpace. Premiered that winter, the reality series followed Pauly D as he and seven other housemates spend their summer together in a New Jersey home. Responsible for his rise to fame, the show proved to be a hit among viewers from the very beginning. Ultimately, it contained for three years until December 2012.

How much did he earn from the show considering its popularity? According to reports, most of the main cast members, including Pauly D received six-digit salaries. In fact, it’s said that he had earned $2.55 million for the final season, which aired in 2012. Considering all things, it’s likely that he’s earned a considerable amount altogether form the franchise.

As far as his other TV credits go, he has also been featured in several other shows over the past few years such as Famously Single, The View, Snooki & JWOWW, and The Ellen Degeneres Show, to name a few. Earlier this year, he and his castmates even came back for the long-awaited sequel, Jersey Shore: Family Vacation, which took place in Miami.

Aside from his TV career, he’s also distinguished himself as a disc jockey. In 2011, it was announced that he had signed a deal with 50 Cent’s music label. Since then, he has dropped a few singles including Did You Know and Back to Love. Not only that, but he even headlined for Britney Spears’ Femme Fatale Tour at one point. Having said that, however, he has not yet released any studio albums, much to the dismay of fans.

Unfortunately, not much is known about the DJ’s private life. As far as we can tell, he is not married.

Does Pauly D Have Any Children?

Yes, he has a daughter from a previous relationship.

Did Pauly D Go to College?

As far as we can tell, he has not studied at college. Instead, he found himself pursuing a career in music and reality television.

What is Pauly D Famous For?

Despite being a DJ, Pauly D is best known for his appearances in the reality show Jersey Shore. In fact, he even received his own spin-off in 2012.

According to his Twitter, he currently lives in Las Vegas, Nevada. We do not have any additional details at this time.

What Kind of Car Does Pauly D Drive?

How Much Money Did Pauly D Make Last Year?

Unfortunately, we do not have any information on DJ Pauly D’s 2017 earnings at this time.

Earlier this year, he came back to MTV for the long-awaited sequel Jersey Shore: Family Vacation, which premiered on April 5, 2018. Aside from him, it also saw the return of many the housemates including Michael Sorrentino, Nicole Polizzi, and Jennifer Farley, among others.

If you want to know what he’s up to, you’ll want to follow the deejay on social media. In fact, you can catch him on Twitter and Instagram under the same username @DJPaulyD. On YouTube, he even has his own channel, which you can check out here.