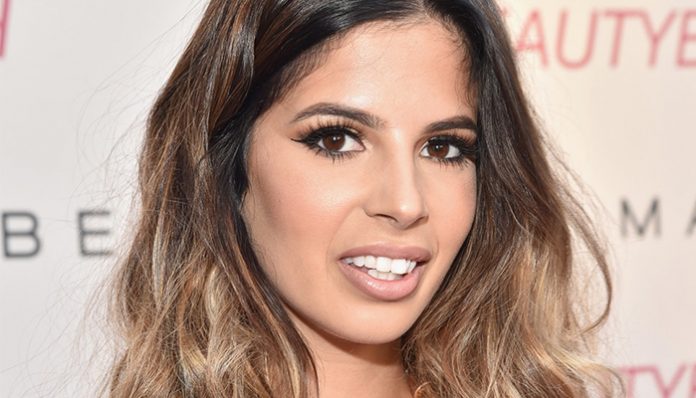 A beauty guru, Laura Lee is perhaps best known for her YouTube channel, which was created in 2013. Since then, she has gained tremendous popularity—not only does she have over 4.8 million subscribers, but her videos have been viewed more than 468 million times! In addition to uploading makeup tutorials, she is also noted for her product reviews, all of which are popular among viewers.

Hailed “Beauty Guru of the Month” by StarCentral Magazine, she has collaborated with many brands in the past such as Too Faced, MAC Cosmetics, and Benefit Cosmetics. Earlier this year, she even released her second eyeshadow palette.

How much does she bring home from her YouTube channel? Aside from her online career, what other projects is she involved with? How wealthy is the 29-year-old? According to various sources such as NailBuzz, Laura Lee’s current net worth stands at around $650,000. How much of this came from her makeup videos? Let’s have a look below.

How did Laura Lee Make Her Money & Wealth?

Born on September 1, 1988, in Alabama, Laura Lee grew up with her two older siblings in Montgomery. After completing school, she worked briefly as a dermatologist’s medical assistant. Ultimately, it wasn’t until 2009, that she decided to join YouTube. From there, she began to post makeup tutorials, all of which proved to be popular among viewers.

Before long, her channel took off. In addition to tutorial videos, she now also posts content such as hauls and product reviews. As of June 2018, she has amassed more than 4.8 million subscribers with over 468 million combined views. To date, her most popular video to date, 15 Back to School Heatless Hairstyles has been viewed 14.5 million times.

Considering the size of her audience, it’s not surprising that the brunette earns a decent amount from her YouTube channel. According to NailBuzz, she receives an average of 550,000 views on a daily basis, which works out to be $1,000 in ad revenue per day. Assuming this is true, her annual salary would easily be in the six figures.

In addition to her primary channel, Lee also has vlogging channel, which she created in 2015. Though not as “successful” as her main account per se, it has gained over 410,000 subscribers in the past three years. Given that its contents are also monetized through Google Ads, it would provide her with yet another stream of revenue.

Offline, the beauty guru has a few other things going for her. For instance, she has collaborated with many cosmetic brands in the past such as Violet Voss, Benefit Cosmetics and Too Faced. Last year, she even worked with MAC Cosmetics to create her own lipstick shade.

As if that wasn’t impressive enough, it was announced last year that she is currently working on her own make-up brand called Laura Lee Los Angeles. In fact, she has already released two eyeshadow palettes called “Cat’s Pajamas” and “Nudie Patootie”, an eyeliner, as well as three liquid lipsticks. For those who’d like to check out her projects, you can do so on her official website here.

Yes, she has a husband named Tyler, who has made several appearances on her YouTube channel.

Does Laura Lee Have Any Children?

No, as far as we know, Laura Lee does not have any children (though she does have three kitties).

Did Laura Lee Go to College?

No, Laura Lee has not gone to college.

What is Laura Lee Famous For?

Laura Lee rose to fame for her makeup tutorials on her YouTube channel, which has since gained more than 4.8 million subscribers.

Originally from Alabama, she currently lives in Los Angeles, California with her husband and three kitties. We do not have any pictures of their home at this time.

What Kind of Car Does Laura Lee Drive?

Unfortunately, details on Laura Lee’s vehicle is unavailable at the time.

How Much Money Did Laura Lee Make Last Year?

At this time, we do not have any information on Laura Lee’s earnings for 2017.

Last fall, she appeared on The Today Show to promote her make-up brand, Laura Lee Los Angeles, which has since been released online. Most recently, a second eyeshadow palette called “Nudie Patootie” was added to the collection in April 2018.

What’s the beauty guru up to when she isn’t making videos? Find out by following her on social media! You can find Laura Lee on Twitter at @Laura88Lee or on Instagram at @Larlalee. On Facebook, she also has an official fan page which you can like here.