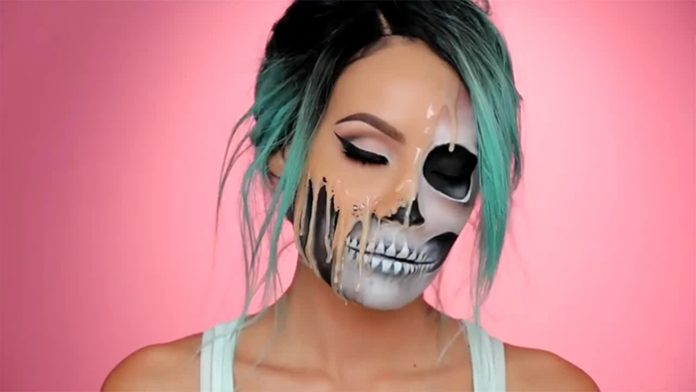 An internet celebrity, Desi Perkins is best known for her self-titled YouTube channel. A beauty and lifestyle vlogger, her videos—most of which are celebrity-inspired makeup tutorials, have earned her more than 3.1 million subscribers to date. In fact, she recently announced that she would be launching a makeup line in collaboration with Lustrelux in 2017. If anything, her popularity has only exploded further over the past little while.

In addition to YouTube, the blonde is active on a few other social media platforms such as Instagram and Facebook. In fact, she has already amassed more than 3.7 million followers on the former as of 2018.

How much does she make from the videos on her channel? How lucrative are her online efforts? How many other projects is she involved with? How rich is she? According to various sites, Desi Perkins’ current net worth is around $800,000. Where did she make the majority of this money from? Let’s have a look.

How did Desi Perkins Make Her Money & Wealth?

Born on March 3, 1987, in California, Desi Perkins grew up with her three brothers in Los Angeles. Interested in fashion and beauty ever since her teens, she eventually decided to pursue a career as a freelance makeup artist after completing school. Unfortunately, not much is known about the blonde’s early life at this time.

Wanting to share her beauty tips and tricks, she joined Instagram, to which she began to post her work. A huge success, it wasn’t long before her following grew. Fast forward to today, and she has amassed more than 3.7 million followers on the platform.

Not long afterward, she created her own YouTube channel on August 17, 2013. Her first upload, Soft Warm Sultry Eye Tutorial was posted just a couple of week later on August 30, 2013. Similar to her Instagram account, she mainly posted make-up related videos, which proved to be a hit among viewers. Before she knew it, her videos were drawing in thousands of views on a regular basis.

Since then, her fan base has grown tremendously. As of July 2018, Desi has gained over 3.1 million subscribers with more than 193 million lifetime views. Aside from makeup tutorials, she has also begun to upload other content such as Q&A’s, challenges, and vlogs. Some of her most popular videos include Eyebrow Tutorial (16.3 million views), How to Fake Big Lips/Kylie Jenner Lips (6 million views), Kim Kardashian West Makeup Tutorial (7.2 million views), and Melting Skull (5 million views).

With how popular she is on YouTube, it’s not surprising to know that she makes a decent amount of money from her channel. Hypothetically speaking, if she were to receive $2 for every 1,000 monetized views, she would have already made over $150,000 from her videos.

Aside from what she makes from YouTube, she has several business ventures to her name. For instance, it was announced that she had recently partnered up with Lustrelux for a new makeup line last year. Prior to that, she had also collaborated with Katy DeGroot on a collection, which quickly sold out in less than a day.

Yes, she is married to her husband Steven. In fact, he was the one who had taught her how to edit videos for YouTube.

Does Desi Perkins Have Any Children?

No, as far as we know, Desi Perkins does not have any children.

Did Desi Perkins Go to College?

Unfortunately, not much is known about Desi Perkins’ education background at this time.

What is Desi Perkins Famous For?

Desi Perkins initially gained fame for her make-up related posts on Instagram. Since then, she has also earned herself a significant fan base on YouTube, with over 3.1 million subscribers.

Desi Perkins currently lives in Los Angeles with her husband. We do not have any additional information at this time.

What Kind of Car Does Desi Perkins Drive?

How Much Money Did Desi Perkins Make Last Year?

Unfortunately, details on Desi Perkins’ 2018 net worth is not available at this time.

As mentioned earlier, it was announced that she would be collaborating with Lustrelux on a new makeup line in July 2017. From there, she also released a makeup collection for Dose of Colors in August 2017, which sold out in less than a day.