What Happened to Kathy Hart from Eric and Kathy? – 2018 Update 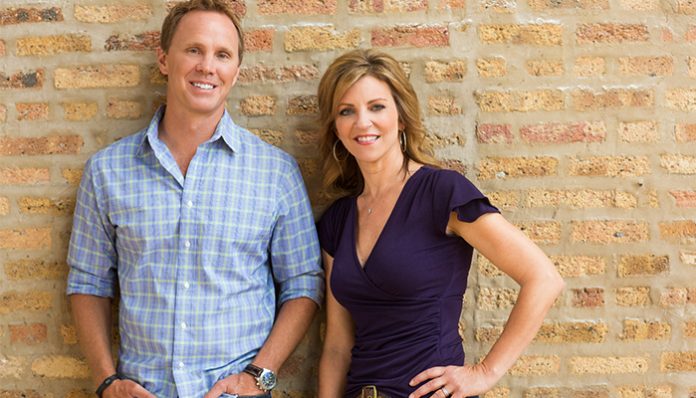 A radio personality, Kathy Hart gained fame as one-half of Eric and Kathy, which she hosted with Eric Ferguson—her on-air partner since 1996. Hugely successful, it had become one of Chicago’s top-rated shows within just three years of its debut.

Despite having helped to create one of the most successful morning shows in the U.S. however, Kathy abruptly left the duo in 2017. Soon afterward, it was revealed that she had actually been fired from the program by the station itself, The Mix.

What had led her to be let go from the radio show? What were the circumstances surrounding her departure? What has Kathy been up to since then? Has she returned to the radio? These are some of the questions that we’ll hopefully be answering below.

What Happened to Kathy from Eric and Kathy? 2018 Recent Updates

Last fall, fans were shocked to learn that Kathy Hart had been let go from her radio show, Eric & Kathy (interestingly enough, the co-host had been absent from the program for more than four months at the time). According to reports, the co-host had been fired by Hubbard Radio, the owner of The Mix station. Following the statement, it was made known that the morning show would be continuing in its original format with Eric Ferguson, Melissa McGurren, Cynthia DeNicolo, Brian Paruch, and John Swanson. Not long afterward, the program was renamed as Eric in the Morning with Melissa & Whip.

From there, individuals turned their attention to Steve Mandell, Kathy’s agent. To their dismay, however, he was unable to make any comments about the situation as Hubbard had requested for them not to do so. Left in the dark, many fans took to social media to find answers. As it happened, Kathy had posted a statement on her Facebook page, in which she had stated that she “fully intends to be back on the air.”

Around that same time, Kathy’s former co-host Eric also shared his thoughts on her departure in an interview. While he described the events as “very strange” and “unpredictable”, he admitted that he had felt “energized and rejuvenated” following her official departure. Though he ultimately did not reveal much, he did divulge that the situation “had the potential to be really difficult.” With that said, he was happy to know that “it had turned into an unbelievably positive experience.”

What has Kathy been up to since? Understandably, the whole situation would have been stressful and frustrating for the former co-host. While she hasn’t returned to WTMX-FM 101.9, she did go on to make a guest appearance on Good Day Chicago last September. Her first time on the airwaves since she went on leave from Eric & Kathy that April, she had co-hosted the program with Anita Padilla, Kristen Nicole, Natalie Bomke, and Darlene Hill. As far as we know, she has not returned to radio since then. If anything, things have been rather quiet over the past few months.

For those who’d like to keep up with Kathy, she’s relatively active on Twitter at @KathyHartCgo (she had changed her handle from @KathyTheMix after the incident).

Born and raised in Chicago, Kathy spent the majority of her early life in Crystal Lake. Ultimately, it was after she moved to Rockford that she had gotten into radio. As one thing led to another, she had found herself hosting a morning show with Brian Peck, with whom she worked with for several years. In the end, it wasn’t until she moved back home to Chicago a few years later, that she was hired at The Mix.

From there, she would go on to co-host WTMX’s Eric & Kathy with Eric Ferguson in 1996. “Lifestyle and caller-driven”, the morning show not only featured interviews with celebrity guests, but it also included in-studio musical performances, conversations with listeners, discussions of relationships and life decisions, and more. Driven by the pair’s natural chemistry, it quickly became the most top-rated radio program within three years. For their contributions, both Eric and Kathy were inducted into the Radio Hall of Fame in 2016.

Despite the fact that she had co-hosted the radio show for many years with her on-air partner Eric, she started to become absent from the program in April 2017. By the time summer rolled around, fans had begun to wonder whether or not she was let go.

In the end, it wasn’t until a few months later that an official announcement was made. A surprise to everyone, it was announced that Kathy had been fired from Eric & Kathy by The Mix radio station. With that, individuals began to speculate the reasoning behind her departure. To this day, however, no official explanation has been given regarding her leave. In the end, it was announced that the morning show would be continuing under a different name—Eric in the Morning with Melissa & Whip.