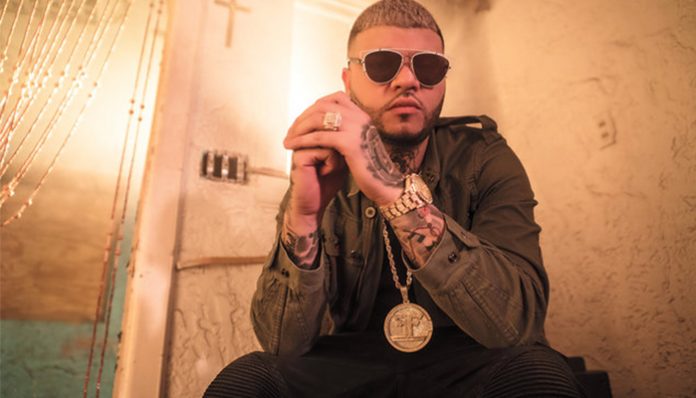 A Puerto Rican singer-songwriter, Farruko made himself known with the release of his debut album, El Talento Del Bloque in 2010. Since then, he has added several other titles to his catalog, some of which include: El Imperio Nazza, Farruko Presenta: Los Menores and Visionary. Most recently, he dropped Gangalee in 2018.

In terms of singles, he’s churned out numerous hits over the years including Me Boy, Cositas Raras, Baby Si Tu, and Chapi Chapi. Aside from his solo efforts, the twenty-something has also collaborated with many names such as J Balvin, Gain, Trebol Clan, and Daddy Yankee.

How successful is the recording artist today? How many records has he sold throughout his career so far? How much has he earned from his music endeavors? How rich is the 27-year-old? According to various sources, Farruko’s current net worth sits at an estimated $3 million. Where did he earn the bulk of this fortune from? What are his best-selling projects? Let’s have a look.

How did Farruko Make His Money & Wealth?

Born on May 2, 1991, in Bayamon, Puerto Rico, Farruko began to share his music online at the age of sixteen. With a little bit of luck, he gained thousands of followers with his first single, Sex Fuera del Planeta. From there, he continued to make himself known on various social media networks, such as MySpace and SoundCloud.

As one thing led to the next, he eventually caught the attention of various Puerto Rican music industry executives, who ultimately enlisted his talents. In 2010, he released his debut album, El Talento Del Bloque through Universal Music Latino. Complete with 14-tracks, it included the songs Te Ire A Buscar, Su Hija Me Gusta, Get Together, and Escuela Superior, to name a few. Generally met with positive reviews, the project eventually peaked at number 50 on the US Top Latin Albums chart.

Two years later, he released a second album titled, The Most Powerful Rookie. From there, he continued to come out with a new project every year—these include Imperio Nazza: Farruko Edition, Farruko Presenta: Los Menores, and Visionary, all of which peaked in the U.S. His most recent title, TrapXficante was issued on September 15, 2017. A pop album, it gave rise to over 20 different tracks including Losing Control, Me Cause, Lunes-viernes, and Kilo Kilo.

In addition to his studio albums, the Puerto Rican star has also dropped a handful of compilation albums over the past several years. Some of these include Imperio Nazza: Top Secret, Imperio Nazza: Gold Edition, and Boy Wonder Presents: Chosen Few Urbano Continues.a

As you can probably expect from a popular singer, he earns a decent amount from his records. On top of that, he also pulls in revenue from putting on concerts and shows. In fact, he has headlined a number of tours since his debut—most recently, he traveled for his 2017 TrapXFicante Tour, which was held in support of his latest studio album.

As far as other ventures go, he also launched his own clothing line last year with Roland Reznik and Franklin Martinez.

Yes, he has been married to his wife Kairy Lopez for several years.

Does Farruko Have Any Children?

Yes, a father of two, he has two sons with his wife, the younger of whom was born in 2016.

Did Farruko Go to College?

Unfortunately, not much is known about Farruko’s education history at this time.

What is Farruko Famous For?

Farruko rose to fame with the release of his first studio album, El talent Del Bloque in 2010. Since then, he has churned out numerous hits and won several industry awards.

Where Does Farruko Live now? Pictures of Farruko’s House

Farruko and his family currently reside in Puerto Rico. We do not have any additional details at this time.

What Kind of Car Does Farruko Drive?

How Much Money Did Farruko Make Last Year?

At this time, we do not have any information on Farruko’s 2017 salary.

So far this year, he has released a handful of new singles including Inolvidable, and Carbon Sport. In addition to those, he has landed a few features in the tracks Laurent Perrier, and Privadoo. Currently, it’s unknown whether or not he will be releasing a full-length album sometime in the near future.

Want to follow the Puerto Rican star? You’ll be happy to know that he’s active on both Twitter and Instagram at @FarrukoOfficial (the latter of which he recently returned to). On Facebook, you can also drop by his official fan page for the latest news and updates!