What Happened to The Wife on Kevin Can Wait? – 2018 Update 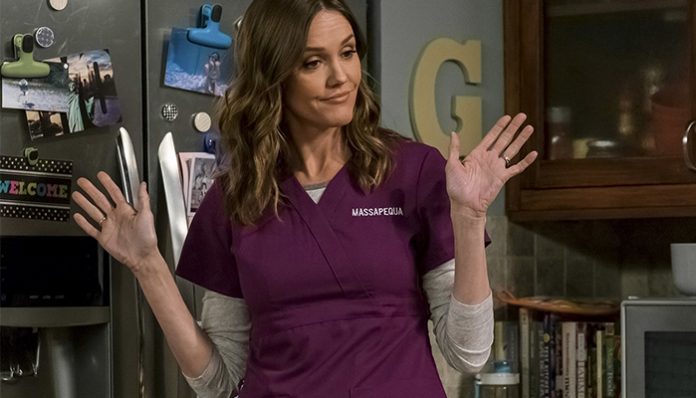 A CBS sitcom series, Kevin Can Wait, centers around the life of title character Kevin Gable, a recently retired cop in New York. Introduced in the pilot episode, he is happily married to his wife, Donna, a school nurse with whom he has three children.

Despite being the female star of the show, however, her character only sticks around for the first season, as she ultimately dies before the second. Why did she get killed off? What were the circumstances surrounding her death? How did she die? Does she ever reappear in flashbacks in the later episodes? On this page, we’ll be answering the question—”What happened to Donna”?

What Happened to the Wife on Kevin Can Wait? 2018 Recent Updates

Introduced in the pilot episode, Donna Gable is introduced as the title character’s wife and the matriarch of the Gable household. A school nurse, she and Kevin have three children together, two daughters named Kendra and Sara Marie and a son named Jack.

Over the course of the first season, multiple aspects of their relationship are shown. Despite some hurdles in their marriage, the couple appears to be very much in love. At one point, Kevin even joins her all-female book club as a bonding activity. As one thing leads to another, she eventually retires from her position at school after being passed over for a promotion.

By the time the second season rolled around, however, she was nowhere to be seen—in fact, it’s later revealed that she had passed away. A surprising twist, it led many fans to wonder the same question, how did Donna die?

Unfortunately, however, it would appear that the producers of the show intend to leave the fans hanging for a bit. If anything, Donna’s passing was only mentioned briefly by the main characters at the beginning of the second season. Though there have been various hints, the exact cause of her death has not yet been revealed on the show. Seeing as how Kevin Can Wait was promptly canceled after the second season, however, the chances of us being able to find out the truth remains slim.

While that might be the case for Donna, however, it has been made known that her actress Erinn Hayes, had been fired from the show prior to the second season. At the time, CBS had told viewers that her death “would be addressed tastefully” with respect. Within a few months, however, it was revealed that the showrunners had decided to kill off her character as they were “literally running out of ideas.”

In a later interview, Chris Roach, one of the main cast members, revealed that her death had been necessary as they required “more of a storyline to continue the series.” In a way, it was to portray how things can happen in real life, that “sometimes things are not explainable.”

After Donna’s death, the series focuses on Kevin’s relationship with Vanessa Cellucci, a new female lead who works as his partner at their security company, Monkey First Community.

Unfortunately, the show has received much criticism for its handling of Donna Gable’s death. Not only was her passing briefly mentioned, but a subsequent joke was made in one of the later episodes, one that many found to be distasteful. As the season continued, less and less was mentioned about her character— to make matters worse, a specific cause to her death was still not revealed by the end of the season.

Though it has never been officially stated, many have speculated that Leah Remini was added to the cast in the second season in attempts to save the sitcom from cancellation. While many criticized the decision, some did find her chemistry with her and James. Despite all the controversy, however, the series consistently maintained its ratings in the U.S. In fact, it had attracted an average of 7.6 million viewers throughout the airing of the second season.

More About Kevin Can Wait

Premiered in the fall of 2016, Kevin Can Wait revolves around the life of a recently retired cop in Nassau County, New York. Introduced in the pilot episode, Kevin Gable has three children with his wife, Donna, who works as a school teacher. Played by Kevin James and Erinn Hayes respectively, the sitcom’s cast list also included Taylor Spreitler, Ryan Cartwright, Mary-Charles Jones, and Gary Valentine, among a few others.

Upon premiering on CBS, Kevin Can Wait attracted over 11 million viewers in the U.S. While the viewership dropped in the subsequent episodes, it eventually went back up for season two, which premiered on September 25, 2017. In the end, the show ran for two seasons, before being canceled by the network on May 12, 2018. By then, there had been 48 episodes. The way things are, it doesn’t look like we will be learning about the truth behind Donna’s death anytime soon, unfortunately.