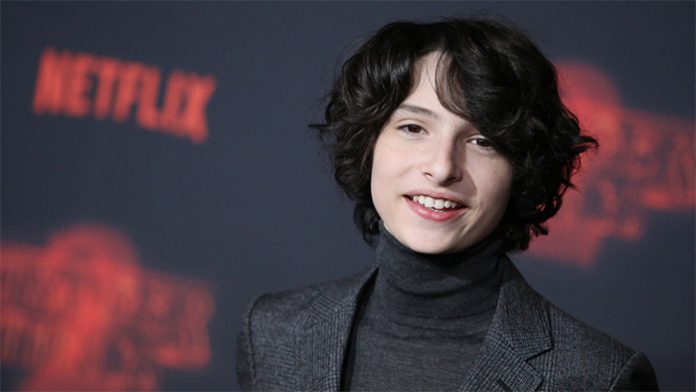 A teen actor, Finn Wolfhard is best known for playing the character of Mike Wheeler in the popular sci-fi series, Stranger Things. His most prominent role to date, it has garnered him several accolades including a Screen Actor Guild Award, which he shared with his fellow co-stars.

Aside from his work on television, he has starred in a few films including It, where saw him playing the part of Richie Tozier. In terms of upcoming projects, he is currently working on several additional titles such as It: Chapter Two, The Goldfinch, and The Turning, according to IMDb.

How much was the 15-year-old paid for his starring role in Stranger Things? How rewarding has his acting career been so far? How rich is he? According to various sites, Finn Wolfhard’s 2018 net worth currently hovers at around $2 million. How much of this came from the popular Netflix series? Let’s have a look below.

How did Finn Wolfhard Make His Money & Wealth?

Born on December 23, 2002, in Vancouver, British Columbia, Finn Wolfland is of Jewish, German, and French descent. Ever since he saw his first movie—Spiderman, he has been fond of acting. At the age of twelve, he made his television debut as a minor character in the sci-fi drama, The 100. From there, he landed a role in the fantasy series, Supernatural.

Just a year later, he received a big break after being cast as one of the main protagonists in the Netflix series Stranger Things. Set in the 1980’s, he plays the role of Mike Wheeler, a young and intelligent boy who is committed to his friends. In addition to him, the main cast also included Winona Ryder, David Harbour, Millie Bobby Brown, Caleb McLaughlin, and Gates Matarazzo, among several others.

Released in 2016, the drama series quickly received critical acclaim from viewers, who praised it for its pacing, characterization, and homage to 1980’s films. By the end of the year, Stranger Things had won numerous awards including nineteen Primetime Emmy Award nominations, one of which includes the category for Outstanding Drama Series.

Since then, a second season has also been released. Considering the series’ popularity, it’s not surprising to know that each of the actors is paid a considerable sum for their performances. As for Wolfhard, it’s said that he earned $20,000 per episode for both seasons. According to reports, his salary will be bumped up significantly to $250,000 per episode for season three, which is currently in the works.

Aside from Stranger Things, the young actor has worked on a few other television series such as Supernatural, and Young Math Legends. Next year, he will also be voicing a character in the animated series, Carmen Sandiego.

As far as feature films go, his most prominent work is probably that of It, in which he plays the role of Richie Tozier. Released in theatres in 2017, the box office hit has since grossed over $700 million worldwide.

According to IMDb, he is currently working on a few additional titles such as The Turning, The Goldfinch, The Addams Family, as well as the sequel of It—It: Chapter Two.

Is Finn Wolfhard in a Relationship?

No, as far as we know, Finn Wolfhard is currently single and not in a relationship.

Yes, the last that we had heard, he was attending high school in his hometown of Vancouver, British Columbia.

What is Finn Wolfhard Famous For?

Finn Wolfhard rose to fame for his portrayal of Mike Wheeler in the sci-fi drama series, Stranger Things, which premiered on Netflix in 2016. Lauded for his performance, he has received numerous award nominations for his portrayal.

Finn Wolfhard currently lives with his family in Vancouver, British Columbia. We do not have any additional details at this time.

What Kind of Car Does Finn Wolfhard Drive?

Seeing as how he is only fifteen, he is currently too young to be driving.

How Much Money Did Finn Wolfhard Make Last Year?

Details on Finn Wolfhard’s 2017 earnings are not available at this time.

As mentioned earlier, the teen actor is currently working on a few movies including The Turning, It: Chapter Two, The Addams Family, and The Goldfinch. Of course, he will also be appearing in the third season of Stranger Things, which is currently in the works.

Want to keep up with the teen star? If so, why not give him a follow on social media? You’ll be happy to know that you can find the Stranger Things actor on Instagram at @Finnwolfhardofficial.