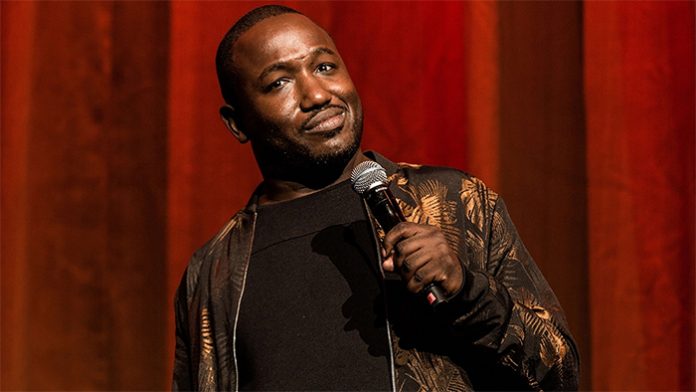 An award-winning comedian, Hannibal Buress rose to fame after being featured in Comedy Central’s TV special The Awkward Comedy Show. Since then, he has worked on several other programs including Saturday Night Live, The Eric Andrew Show, and Why? with Hannibal Buress.

Aside from comedy, he’s also acted on many occasions. For instance, he’s appeared in the films The Kings of Summer, Band of Robbers, The Angry Birds Movie, The Secret Life of Pets, and The Disaster Artist. On television, he has also played various roles in series such as Chosen, Broad City, and Justice League Action, among others.

How lucrative is his stand-up career? How much does he make from his acting gigs? How wealthy is the entertainer? According to various sites, Hannibal Buress’ 2018 net worth hovers at around $2 million. Where did he earn the majority of this fortune from? Let’s have a more detailed look at his accomplishments below.

How did Hannibal Buress Make His Money & Wealth?

Born on February 4, 1983, in Chicago, Illinois, Hannibal Buress grew up with his older sister in the Austin neighborhood, where his mother was a school teacher. After graduating from Steinmetz College Prep, he went to the Southern Illinois University Carbondale. Though he didn’t graduate, it was there that he began to do stand-up comedy. At one point during his early twenties, he had to sleep on the subway after being kicked out of his sister’s house.

Not long after launching his stand-up career in 2002, he landed an opportunity to perform on Comedy Central’s The Awkward Comedy Show alongside Victor Varnad, Eric Andre, and a few other comics. Responsible for his rise to fame, the TV special eventually enabled him to release his first comedy album, My Name is Hannibal. Since then, he has come out with several other albums including Comedy CAmisado, Live from Chicago, Animal Furnace and Hannibal Takes Edinburgh.

Outside of comedy, Buress has also acted on numerous occasions. For instance, he has appeared in the television series The Mindy Project, High Maintenance, Broad City, 30 Rock, and High Maintenance, to name a few. As a voice actor, he has also worked on Bob’s Burgers, Lucas Bros. Moving Co., China, IL, and Chozen. Most recently, played the part of Lincoln Rice in the comedy Broad City in 2017.

Unsurprisingly, he has also racked up quite a number of film credits over the years. Some of the movies that he’s worked on include The nice Guys, Neighbors 2: Sorority Rising, Daddy’s Home, Band of Robbers, Neighbors, and The Kings of Summer. Just last month, played a supporting character in the comedy flick Tag, starring Jeremy Renner, Jake Johnson, and Ed Helms.

Going back to our original question, it’s obvious that a significant portion of his income comes from his success as a stand-up comic. In fact, he will be putting on a handful of shows later this fall—for more information, be sure to check out his official website.

Unfortunately, not much is known about Hannibal Buress’ dating life. As far as we can tell, he is currently single.

Does Hannibal Buress Have Any Children?

No, as far as we know, Hannibal Buress does not have any children.

Did Hannibal Buress Go to College?

After graduating from Steinmetz College Prep, he went to Southern Illinois University briefly, before dropping out to pursue a stand-up comedy career.

What is Hannibal Buress Famous For?

Hannibal Buress initially gained fame after being featured on Comedy Central’s The Awkward Comedy Show. Since then, he has released a handful of comedy albums, all of which are well received by fans.

Hannibal Buress currently lives in Wicker Park, Illinois. We do not have any additional information to share at this time.

What Kind of Car Does Hannibal Buress Drive?

How Much Money Did Hannibal Buress Make Last Year?

Unfortunately, we do not have any information on Hannibal Buress’ 2017 earnings at this time.

So far this year, he has appeared in two movies—Blockers and Tag, the latter of which premiered on June 15, 2018. In terms of television, he had his comedy show Hannibal Buress: Handsome Rambler, which ran from 2016 to 2017.

Want to know what the comic is up to? If so, why not follow him on social media? You can find Hannibal Buress on Instagram and Twitter at @Hannibalburess. On Facebook, you can also show your support by liking his official fan page.