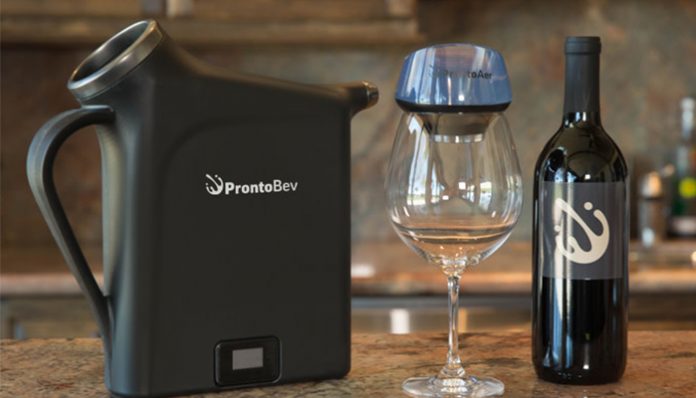 A specially designed wine chiller, ProntoBev is capable of chilling any beverage in 30 seconds or less. More specifically, it can be used to quickly cool any liquid to the desired temperature without affecting its quality or taste.

In 2013, the product’s inventor Alexander Simone was drinking with a girl at his house, when he had the urge to enjoy a bottle Chardonnay. Knowing that he had didn’t have any in the refrigerator, he decided to cool down a bottle by pouring it through a pasta strainer filled with ice. While it worked at lowering the temperature, however, the taste was “absolutely disgusting” due to it having been diluted. Ultimately, it was after this experience, that he decided to come up with a solution.

The very next day, he began to work on a prototype. To his dismay, however, it did not work out and he was forced to shelf the idea. In the end, it wasn’t until 2015—two years after the pasta strainer incident, that he decided to pick up the project again. After many hours of hard work, he successfully built a tiny prototype that in theory, would be able to chill an entire bottle of wine in 30 seconds. That winter, he presented the concept as a final project for his Entrepreneurial Marketing course.

Continuing to tweak the prototype, he eventually got it to work after many months of trial and error in 2016. Putting together the Pronto Concepts Team in efforts to improve the concept and design, they worked tirelessly before coming out with a final product later that year—one that was able to chill a bottle in less than 30 seconds.

After applying for a few provisional patents, the team began to prepare for the product’s launch. In order to raise funds for its production, the company launched an Indiegogo campaign in 2017. Within just a few month’s time, they were able to fundraise over $68,000—which was more than enough for the project.

Not long afterwards, it was also announced that they would be pitching the wine cooler on ABC’s Shark Tank. Featured in the ninth season, which premiered earlier that year, the episode later aired on November 12, 2017. 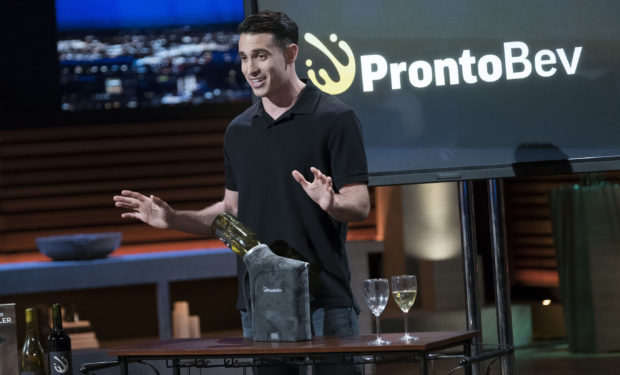 Walking into the tank, Alexander introduces himself as an inventor from San Francisco. Seconds later, he tells the sharks that he is seeking a $100,000 investment for 5% of his company, Pronto Concepts.

Walking towards the setup besides him, he lets them know that his invention solves a problem that millions of wine lovers experience in the world. As he pours wine into a glass, he points out that most individuals like to drink their wine cold. Despite this, however, “the most spontaneous beverage requires the most preparation and foresight”, he explains. Continuing, he states that that is why he created his product, the ProntoBev.

Grabbing what appears to be a canister from the freezer, he introduces the item as the world’s fastest wine chiller. As he demonstrates, he lets them know that any beverage poured into the ProntoBev’s stainless steel interior, cools down rapidly as “it jumpstarts a rapid heat transfer process.” Continuing, he states that many wine experts recommend that each variety of wine be chilled to its own specific temperature.

As the camera zooms in on the product, Alexander tells the sharks that the ProntoBev has a built-in thermometer, which monitors the wine. Elaborating, he says that it can chill any beverage up to 20 degrees in just 30 seconds. Highlighting its strength, he eventually adds that the only way to chill a bottle prior to the ProntoBev was to own a wine refrigerator. Finishing up his demonstration, he invites the panel to check out the product. 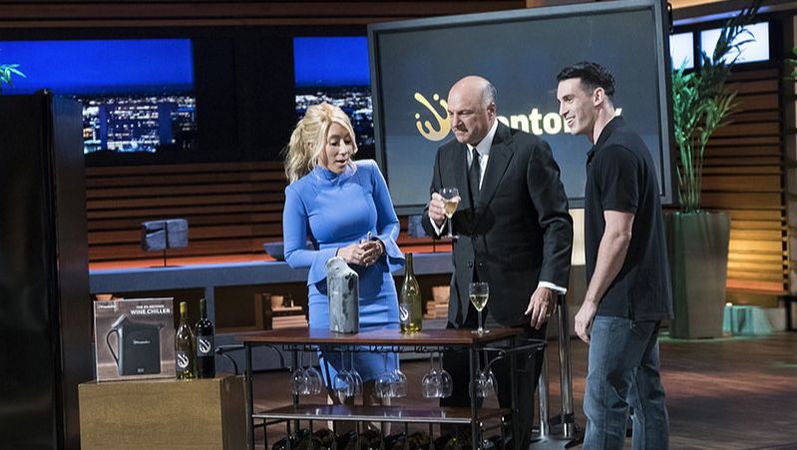 Trying a sip of the wine, Kevin is quick to say that it is “beyond chill.” Seconds after he comments that it’s “at the right temperature for a white”, Robert also asks for a glass. With that, the shark hands each of them their own, chilled wine. Asked whether or not the product is in production yet by Lori, the inventor tells her no. From there, Kevin inquires about the material that holds the temperature. In response, Alexander explains that there is “trade-secret Pronto gel” underneath the stainless steel, which has a provisional patent.

Next, he is asked how he came up with the idea by Daymond. Answering the question, the inventor explains that he had thought of it after a failed attempt to cool down a bottle of wine using ice and a pasta strainer. Subsequently asked about sales, Alexander reveals that they had just finished their Indiegogo campaign, through which they raised $54,000.

As the attention goes back to the investors, Mark asks the product’s cost. Replying, he tells him that the ProntoBev had sold for $89 on crowdfunding. Continuing, he says that he’d eventually like to sell it for $129 at retail, which elicits a response from Kevin. Elaborating further on the numbers, Alexander reveals that each unit $22 to make. Asked why the wine needs to return to the bottle after chilling, he explains that the ProntoBev acts as “a cannon blast of cold”—that the temperature would keep dropping, the longer the liquid is inside. 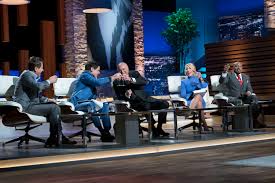 Noting that he knows a lot about wine, Lori inquires about his background. Giving the sharks his full attention, Alexander reveals that he had always been interested in creating his own product and had studied entrepreneurship at Arizona State University. Just as he finishes talking, Daymond begins to talk about the valuation. Commenting that he’d only raised $54,000, the shark asks him for his reasoning behind the company’s $2 million valuation.

Defending the ProntoBev, the inventor lets him know that their product has a lot of advantages over that of their competitors’, which costs $80. Upon further prompting, he states that they are doing $10 to $20 million in sales a year. Unimpressed, Daymond asks why anyone would invest in such a new company. Reiterating once again that his “valuation is crazy”, he soon drops out.

From there, Mark begins to talk about the difficulty of working with inventors. Agreeing with Daymond about the company’s valuation, he eventually also backs out of a deal. Disappointed, Alexander lets him know that they would have made a good team. Almost immediately afterward, Robert expresses the same beliefs as Raymond and Mark. “Too soon” for him to invest in the company, which has only done $54,000 from a crowdfunding campaign, he also backs out. 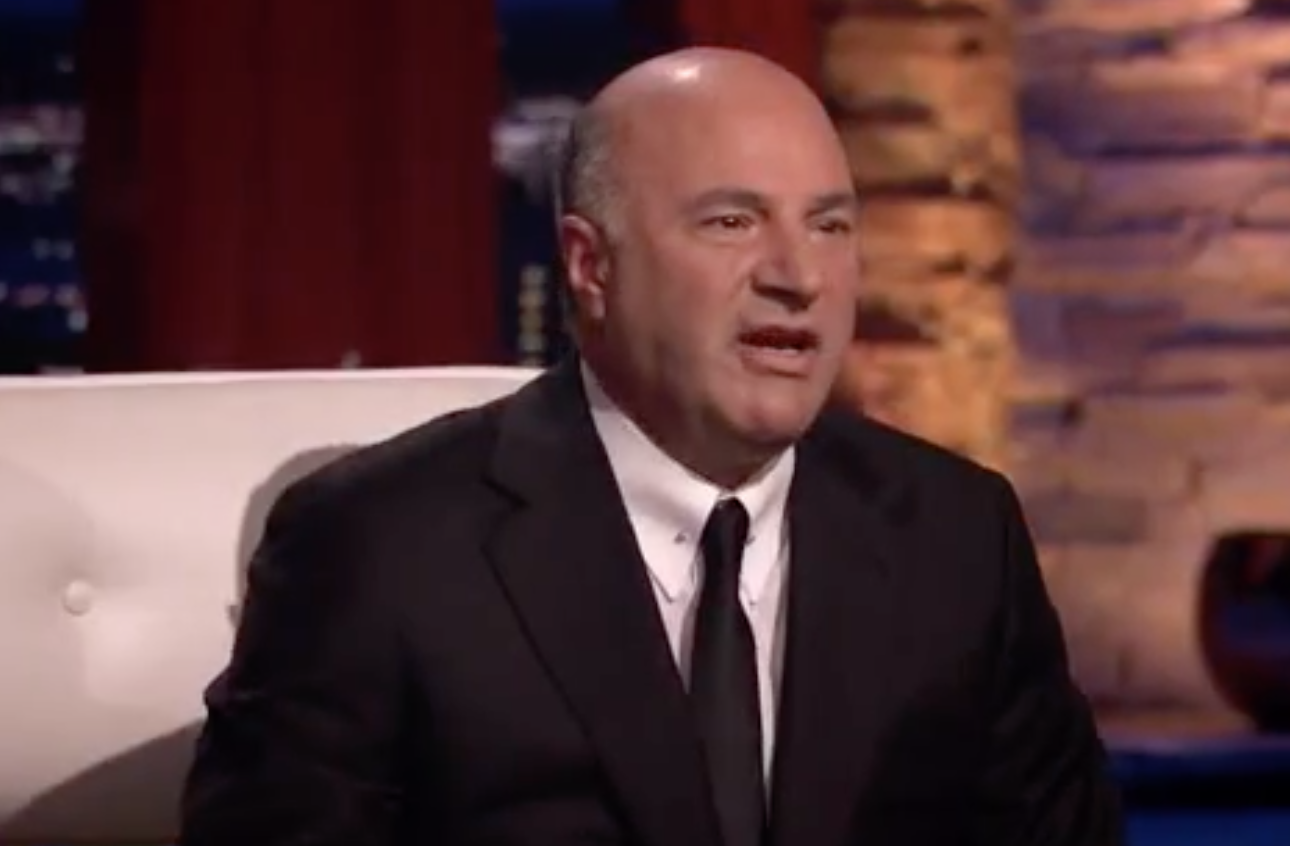 Noting that the only person interested would be a wine expert, Robert asks Kevin what they are called, before Lori answers and they all raise their glasses. Noting that he knows the difficulties of getting into the wine business, Robert decides to make the inventor an offer—he is willing to give him $100,000 for 50% stake in his company. Letting him know that he’d be able to help him get it “out there”, the shark makes it known that he is not willing to negotiate on the deal.

Just as Alexander is about to speak, Lori tells him that she has some good news and bad news. Though she tells him she is out, she ultimately admits that what he has is a “clever product”, one that has merit and potential. Continuing, she highlights the fact that he already has an offer from the wine expert, Kevin. Concerned with the equity, however, the inventor tells him that he wouldn’t be able to work with it as it is too steep.

Despite his best efforts to make a counteroffer, however, Kevin is not willing to budge. Instead, he spends the next minute highlighting all that he would bring to his product and company. Defending himself again, Alexander states that he would need to keep some amount of equity, in order for the product to succeed, which Lori and Marks agree with. 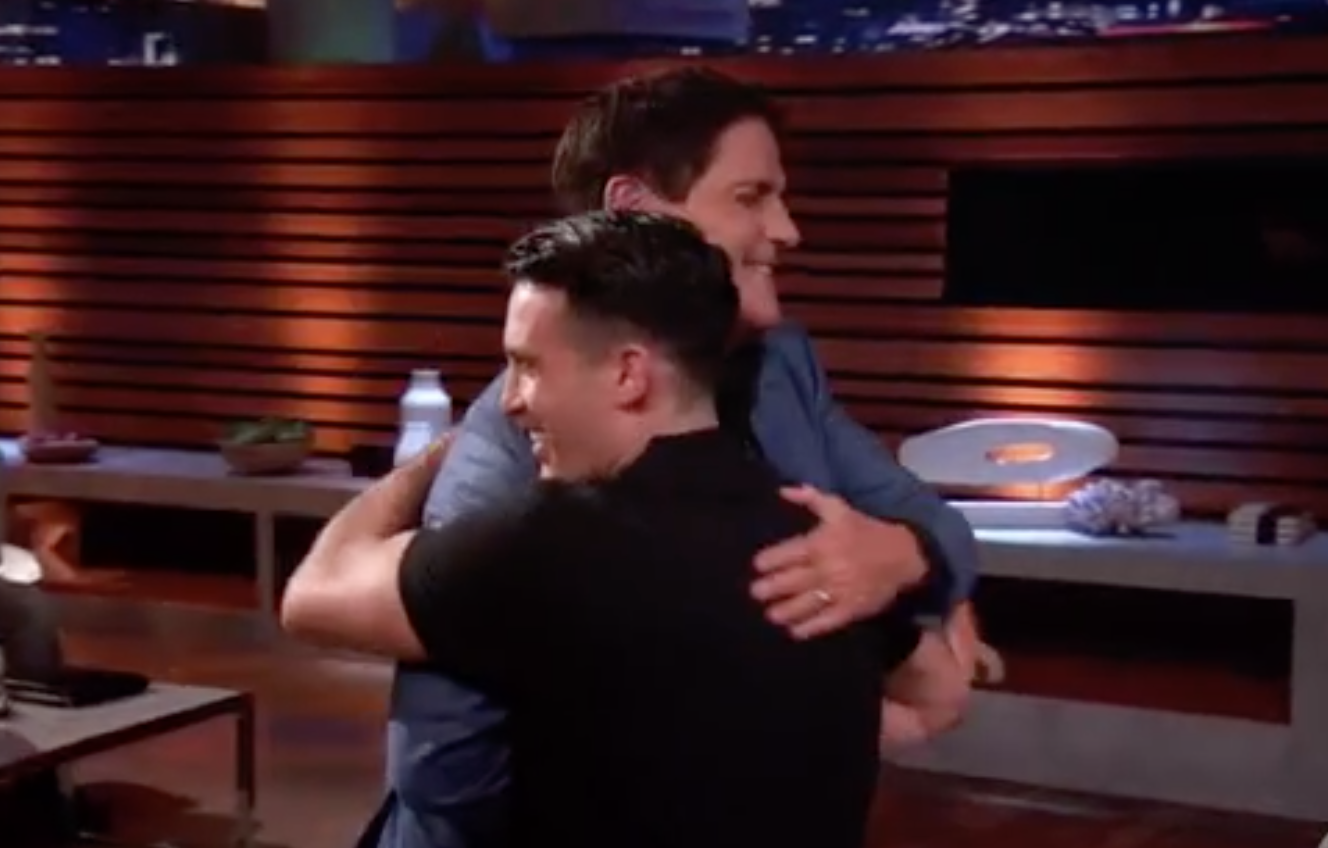 Reiterating what he had said previously, Kevin states once again that he is not willing to give any flexibility. Noticeably conflicted, Alexander remains silent as the shark tells him to make a decision. To his pleasant surprise, however, Mark soon asks him about his next invention. Speaking over Kevin, he lets him know that their next product will be a Martini Shaker. Asked how he’d raise another $100,000 for the item, he confidently declares that he’d be able to, as he has interested parties.

With that, Mark changes his mind and decides to make him an offer—he is willing to give $100,000 for 25% equity, contingent that he raise the other $100,000. Relieved with a second option, Alexander immediately agrees to the deal. As Kevin shakes his head at the turn of events, the two come together for a brief hug. Walking out of the set with a prominent smile, he exclaims that he is more than excited about the opportunity to work with Mark.

ProntoBev in 2018 – The After Shark Tank Update

It’s been many months since Alexander walked out with a $100,000 deal from Mark—how are he and the company doing nowadays?

According to a recent interview, the company will start shipping in the fall of 2018—which is a huge step from where they were just months prior. Not only that, but Pronto Concepts—the company that makes the wine chiller, has also started to offer additional shares to potential investors. In terms of what they have on the horizon, Alexander and his team plan on continuing to release new products over the next several years.

For more details, you can visit the company’s official website here.

Over the past several months, Pronto Concepts’ web presence has grown tremendously. For instance, they’ve already amassed more than 5,000 followers on Instagram alone. Given that they continue to pump out new products, their popularity is likely only going to go up further.

Will we be seeing Alexander back on the show for an update anytime soon? Seeing as how his episode had just aired last year, it might take a while before we see him back on television.