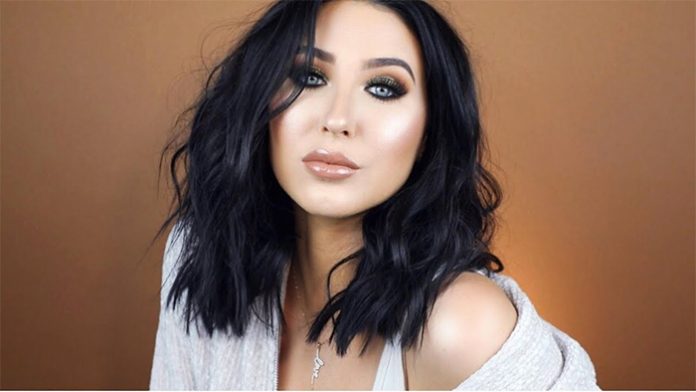 A beauty guru, Jaclyn Hill rose to fame on Youtube for her makeup tutorials in the early 2010’s. Since then, she has uploaded hundreds of videos to her channel, most of which have received over a million views each. In terms of her popularity today, she has amassed more than 5.2 million subscribers as of 2018.

Over the past several years, the twenty-something has collaborated with numerous brands such as Becca and Morphe Cosmetics. With the latter, she recently also came out with a new eyeshadow palette in 2017, which quickly sold out upon its release.

How much does she earn from her YouTube videos? From her other ventures? With all that she’s involved with as a makeup artist, how rich is she? According to various sites, Jaclyn Hill’s current net worth sits at approximately $1.5 million. Where was the majority of this money earned? Let’s have a more thorough look at her career below.

How did Jaclyn Hill Make Her Money & Wealth?

Born on July 20, 1990, in Illinois, Jaclyn Hill spent the first few years of her life on a farm, before moving to Tampa, Florida with her family at the age of eight. The youngest of three siblings, she has an older sister named Rachel and an older brother named Nicholas. After completing her secondary education, she went to college in Florida, where she majored in photography. From there, she worked as a makeup artists at MAC.

In 2011, she launched her self-titled YouTube channel, to which she posted celebrity makeup tutorials. Gradually over time, she built herself a significant fan base on the site. Fast forward to 2018, and she has gained more than 5.2 million subscribers with over 435 million views across her videos.

To date, some of her most popular uploads include Smokey Cat Eye Tutorial (15.5 million views), Get Ready With Me and Kim Kardashian (9.8 million views), and How To Contour Highlight & Bake the Face (6.7 Million views).

Aside from makeup tutorials, she has also started to include other content in the recent years such as Q and A’s, vlogs, product reviews, and more. Judging by how must of her videos receive over a million views if not more, her popularity has steadily been increasing over the past little while.

Considering that, it only makes sense that she’s been monetizing her channel. How much has Jaclyn pulled in her ad revenue so far? According to Nailbuzz, the beauty guru earns an average of $450 a day from advertisements that are displayed on her videos. Multiplying this out, this works out to be well over $150,000 a year.

In addition to her successful YouTube career, Jaclyn has also collaborated with a number of brands in the past. For instance, she worked with Becca, an Australian company to create a highlighter called “Champagne Pop” in 2015. Within just 20 minutes of its release, all 25,000 units had sold out in Sephora. More recently, she also came out with an eyeshadow palette called “Jaclyn Hill x Morphe” in collaboration with Morphe Cosmetics in 2017.

No, she is currently single. Just recently, it was announced that she and her ex-husband Jon Hill, had gotten a divorce in May 2018.

Does Jaclyn Hill Have Any Children?

No, Jaclyn Hill does not have any children that we know of.

Did Jaclyn Hill Go to College?

Yes, she went to college in Sarasota, Florida, where she majored in photography.

What is Jaclyn Hill Famous For?

Jaclyn Hill is best known for her makeup tutorials on YouTube. As of 2018, she has 5.2 million subscribers.

Jaclyn Hill currently lives in Tampa, Florida. Unfortunately, we do not have any additional details at this time.

What Kind of Car Does Jaclyn Hill Drive?

Unfortunately, we do not have any information on Jaclyn Hill’s vehicle at this time.

How Much Money Did Jaclyn Hill Make Last Year?

Details on Jaclyn Hill’s 2017 earnings are not available at this time.

As mentioned earlier, the YouTuber recently announced her divorce in May 2018. In a subsequent video on her channel, she explains that they had separated for many reasons. Ultimately, they had “made good friends, but not partners.”

As far as other things go, she recently released her second eyeshadow palette (a collaboration with Morphe Cosmetics) in 2017.

Want to know what the YouTube star is up to? If you’re curious, why not just give her a follow on social media? You can find Jaclyn Hill on Twitter and Instagram at @JaclynHill. On Facebook, she also has an official fan page, which you can check out here.